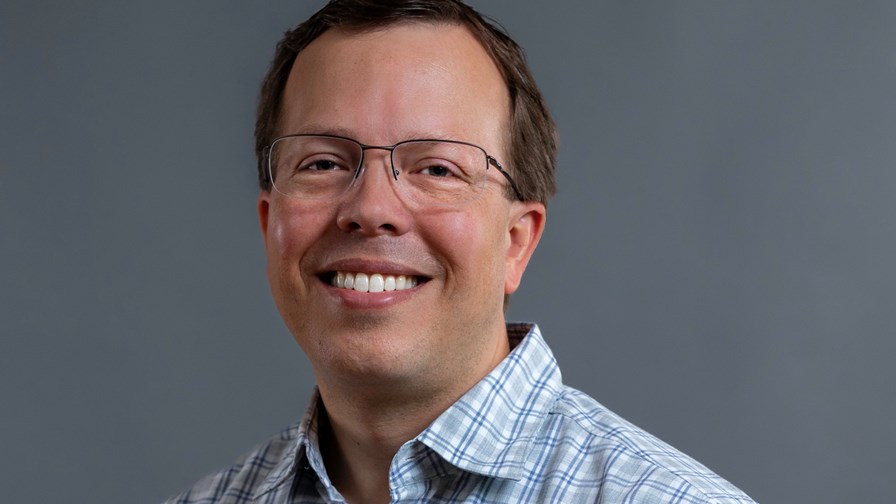 In today’s industry roundup: Red Hat has a new top dog; Cellnex drops out of the race to buy Deutsche Telekom’s towers; SK Telecom gives a birthday update on its metaverse developments; and more.

Red Hat has appointed Matt Hicks (pictured above), who was until now its executive vice president of products and technologies, as its president and CEO. His predecessor, Paul Cormier, will serve as chairman of the company. Without giving an in-depth explanation for its move, the company went on to provide details about Hicks’s tenure within Red Hat, which includes many leadership positions since joining in 2006, including being the founding member of the engineering team that developed Red Hat OpenShift, the well-known family of containerisation software products that now acts as “the industry’s leading enterprise Kubernetes platform”. Commenting on the appointment, Arvind Krishna, chairman and CEO at IBM (parent company of Red Hat) said that Hicks’ “deep experience and technical knowledge” of Red Hat’s portfolio makes him “the ideal leader as Red Hat continues to grow and to develop innovative, industry-leading software.” For his part, Hicks said that there has “never been a more exciting time to be in our industry and the opportunity in front of Red Hat is vast. I’m ready to roll up my sleeves and prove that open-source technology truly can unlock the world’s potential.” After a short-run at the company, Cormier, president and CEO since 2020, will now be a “strategic touchstone and key advisor” for Red Hat, focusing on scaling its business and accelerating adoption of open-source technology by customers, in addition to guiding the company’s M&A strategy – find out more.

The share price of pan-European mobile towers operator Cellnex jumped by 5.7% to €41.35 on Tuesday following a report from respected German newspaper Handelsblatt that it had abandoned its efforts to acquire Deutsche Telekom’s towers business and that a rival is now the preferred bidder. That speculation was confirmed on Wednesday morning when the neutral host giant issued the following statement: “Cellnex reports that it is no longer participating in the process for the potential acquisition of a stake in the company that operates Deutsche Telekom's telecommunications infrastructure in Germany and Austria.” Cellnex was very keen to buy a controlling interest in DT’s towers business to gain a major foothold in Germany, the only major European market in which it does not already have a presence and had even reportedly offered a stake in the company as part of its offer to Deutsche Telekom. But according to Handelsblatt, a rival bid from a consortium of private equity firms led by KKR has tabled a superior bid for the towers business, which is valued at about €20bn, and an announcement that the KKR group has been selected as the winning bidder could be made at some point this week. It seems, then, that while Cellnex was keen to strike a deal with DT, its shareholders were concerned it might be offering a bit too much to secure an agreement. Deutsche Telekom has been seeking an investor in, or buyer for, its towers unit since last year – see Deutsche Telekom CEO goes fishing (again) for towers deal.

One year after its launch, SK Telecom has provided an update on ifland, its metaverse platform. The South Korean operator says its metaverse app has been downloaded more than 8.7 million times, up from 2.9 million at the end of 2021, that the average monthly interaction time of users has increased to 61 minutes in June, compared with 55 minutes in March (despite social distancing being lifted during that time), and that it has received more than 2,000 partnership enquiries from companies wanting to be involved in its metaverse development plans. For further details, see this announcement (in Korean).

Nothing, the smartphone newcomer that has a penchant for parrots and transparent handsets, has released its Phone (1) device to the market. For those interested in checking it out, Nothing has issued a press release that basically lists ways consumers can buy the device.

Giant Japanese operator NTT and conglomerate Mitsui have formed a new company, called Seren Juno Network, to build and operate Juno, a new transpacific submarine cable system that will link the US (California) and Japan (two landing points). According to NTT, Juno will incorporate “leading-edge SDM (Space Division Multiplexing) technology to enable the 20 optical fibre pairs (40 cores) per cable, whereas the cable with the conventional technology currently carries a maximum of 16 fibre pairs (32 cores). Juno provides the maximum capacity of 350 Tbit/s, the largest among any existing cable system between the US and Japan.”

Private equity company CVC Capital Partners has shrugged off rumours that it made a new offer to take over Telecom Italia (TIM)’s enterprise division for approximately €7bn. Reuters cited the firm as saying the only proposal was from March this year, which effectively refutes a report from Italian newspaper La Repubblica, which claims that CVC Capital Partners has increased its proposal (available here in Italian).