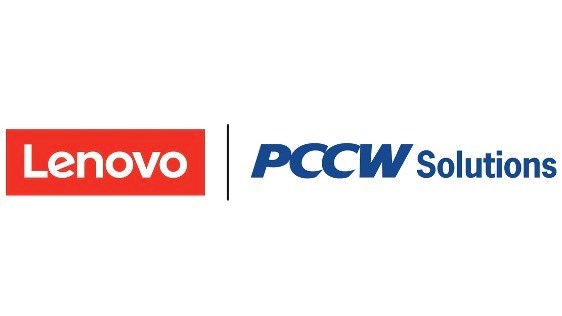 In today’s news roundup: PCCW teams up with Lenovo to capture IT services growth in Asia; 5G outdoor small cell deployments set to boom in 2025; Warren Buffet likes Call of Duty more than a voice call; and more!

Here’s an interesting model for the digital service provider sector – the creation of a new enterprise services giant by a telco and one of its vendor partners. Hong Kong network operator PCCW and technology developer Lenovo have teamed up to form Lenovo PCCW Solutions Ltd, which aims to secure a chunk of an enterprise IT services market in Asia that the partners believe will be worth $320bn this year but will grow to be worth $470bn by 2026. The new company has 4,000 staff and “provides one-stop customer solutions that integrate IT services, devices, and digital infrastructure,” according to the new outfit. Jerry Li, the CEO of Lenovo PCCW Solutions (he comes from the PCCW side of the fence) noted: “This strategic partnership is a unique opportunity to accelerate the growth of our IT solutions business in the region. The new company, Lenovo PCCW Solutions, enables our customers to call upon a diverse wealth of skills, expertise, and go-to-market capabilities across Lenovo Solutions and Services Group. We are excited to embark on this growth journey, which enables us to expand our skillset, footprint, and solutions portfolio. With the combined strengths of our highly skilled talent, we look forward to contributing further to smart city development in the region.” Might we see other telcos marry their enterprise services units with those of vendors? Or is this a one-off specific to the Asia market? It’s an interesting approach to gaining all-important scale. Read more.

An “explosion” of 5G data traffic is expected to drive outdoor 5G small cell deployments to 13 million by 2027, and it will eventually overtake 4G in 2028, according to analyst ABI Research. It has forecast that global 5G mobile data traffic will grow at a staggering compound annual growth rate of 63% (CAGR), reaching 1,676 exabytes (one exabyte equals one billion gigabytes) in 2026. The company forecasts a particular acceleration in 5G small cell rollouts around 2025 when 5G capacity offered by massive MIMO “becomes insufficient”. According to ABI Research, dense deployments of 5G small cells are “the most practical approach”, albeit coming at a high cost, because of the “limited number of new macro cell sites available and a limited number of 5G spectrums”. The company’s 5G and mobile network infrastructure industry analyst, Fei Liu, recommended that operators start deploying 5G small cells at locations with already established backhaul. “5G small cells can co-exist with macro cells, and self-organising networks help minimise risks from interferences between cells. Alternatively, mobile network operators should deploy different frequency bands on small and macro cells,” she noted. Find out more.

Warren Buffet, the chairman and CEO of conglomerate and investment firm Berkshire Hathaway, is known to many as the “sage of Omaha” and is one of the most revered stock market investors: When his company buys or sells significant chunks of stock in a company, it usually makes a difference to that company’s valuation. Buffet likes certainty – his holdings in The Coca-Cola Company have long been regarded as a prime example because it was seen by Buffet as a company that would have enduring demand and predictable financials. He has since never sold any shares in the soft drinks giant but has reaped massive rewards from the investment. No company wants to hear that Berkshire Hathaway has offloaded its stock, so when the news hit late on Monday that Buffet’s company had made a number of investments and stock sales, with the latter including an exit from an $8.3bn chunk of Verizon stock, it might have frozen some blood at the operator’s headquarters. But the blood-letting had already happened after Verizon’s recent second-quarter earnings report on 22 July, when the share price dipped 6.7% to $44.45 after the operator reported disappointing subscriber addition numbers and cut its full-year profit forecast. That seems to have tipped Buffet’s team to look elsewhere for a return on investment, although the news that Berkshire Hathaway has dumped its Verizon stock hasn’t harmed the share price any further, as it’s up slightly today by (0.6%) to $45.83. Buffet’s exit, though, is at least an indication of one sage’s view that US communications stock isn’t regarded as a good bet right now. What Berkshire Hathaway has done, however, is increase its stake in Apple and in digital games developer Activision Blizzard (best known for video game series Call of Duty), which tells us where Buffet thinks the action is in terms of tech and digital services.

The US Federal Communications Commission (FCC) opened the door to the possibility of big tech players having to chip in for the funding for upcoming internet network deployments. In a report on the future of the Universal Service Fund (USF), the authority asked the US Congress to grant it with the legislative tools needed to change the current contributions methodology and base “in order to reduce the financial burden on consumers, to provide additional certainty for entities that will be required to make contributions and to sustain the Fund and its programs over the long term”. The report also cited estimations by various studies suggesting that the five largest streaming companies account for 75% of total network traffic in rural areas, and that such companies are “not incentivised to reduce the costs created by their network traffic because they are not incurring those costs, and accordingly should directly or indirectly contribute to the USF”. FCC commissioner Brendan Carr explained in a statement that the FCC’s $9bn a year USF provides “the sole source of funding for so many of the FCC’s programs that are aimed at ending the digital divide”, but now the scheme is “stuck in a death spiral” as, according to Carr, it is based on “a mechanism that made sense back in the dial-up and screeching-modem days of the 1990s”. He also highlighted growing support in Europe, Asia and South America on the notion that “big tech companies should be required to contribute a fair share to support the networks and digital divide efforts that allow them to realise unprecedented revenues”. Earlier this year, the largest telcos in Europe – Deutsche Telekom, Orange, Telefónica and Vodafone – asked the European Union to help by requiring streaming media giants to contribute to costs for network capacity and management – see Telco quartet plead for EU action on Big Tech capex contributions.

Things are not looking too pretty at real-time communications and optical networking technology vendor Ribbon Communications. The company is to raise $52m through a private placement of just over 17 million new shares priced at $3.05 each with the proceeds being used “to fund general corporate purposes, including capital expenditures, working capital and debt repayment.” Ribbon CFO Mick Lopez commented: “The new capital will provide the company additional financial flexibility as we execute on our strategy to invest in product development and drive near-term profitable growth.” The vendor’s share price dipped by 1.5% to $3.25 on Monday following the announcement, as investors, not for the first time recently, took fright. The company reportedly received some takeover approaches earlier this year as its share price, which has lost more than 50% of its value in the past 12 months, dipped so low it became an interesting, cheap takeover opportunity. Sentiment won't have been helped by its market performance so far this year, either. Ribbon recently reported its second-quarter financial results, which showed sales at $206m and a gross margin at 51%, lower than in the same period a year earlier, while the vendor reported a net loss for the quarter compared with a profit 12 months earlier. Ribbon has been trying to forge a new identity over the past few years, during which it made the somewhat surprising acquisition of optical networking expert ECI Telecom in 2020 in a cash-and-stock deal valued at more than $460m. Fast forward two years and the whole company is now valued at just $496m. CEO Bruce McClelland and CFO Lopez are going to need more than a new stock issue to turn this ship around, it seems.

More than eight months after initially announcing its move into the private 5G networks sector, Amazon Web Services (AWS) has announced the “general availability” of its AWS Private 5G service in three AWS regions: US East (Ohio), US East (North Virginia) and US West (Oregon), though not US West (California). “With only a few clicks in the AWS Management Console, you can specify where to build a mobile network and the number of devices you want to connect,” the hyperscaler stated in this announcement.  “AWS then delivers and maintains the small cell radio unit, the mobile network core and radio access network (RAN) software, and subscriber identity modules (SIM cards) required to set up a private mobile network and connect devices,” it added. It all sounds so simple, but it’s not that straightforward, of course. In an accompanying blog, Jeff Barr, an AWS evangelist, helpfully goes through the various stages of how to order a private 5G network and what happens next. Part of that ‘what happens next’ is that a certified professional installer has to come and set up the network, a stage that is required under spectrum licensing rules, so AWS is working to sign up an “ecosystem of partners” who can be contacted to go through what Barr describes as a potentially complex planning and deployment process. What’s interesting, though, is that the entire, step-by-step process is out there for anyone to read, which is encouraging – it’s not hidden away as something the customer doesn’t need to know about. Whether AWS will share any info about uptake and help with the creation of a users’ forum where customers can share success and failure stories, though, is not yet apparent. But when you consider that more than 200 companies were awarded Citizens Broadband Radio Service (CBRS) spectrum licences following an auction in 2020, including universities and enterprises, there should be plenty of interested parties ready to check out what AWS has to offer and feel confident they don’t need to pay a small fortune to an integrator to simply take the first step.