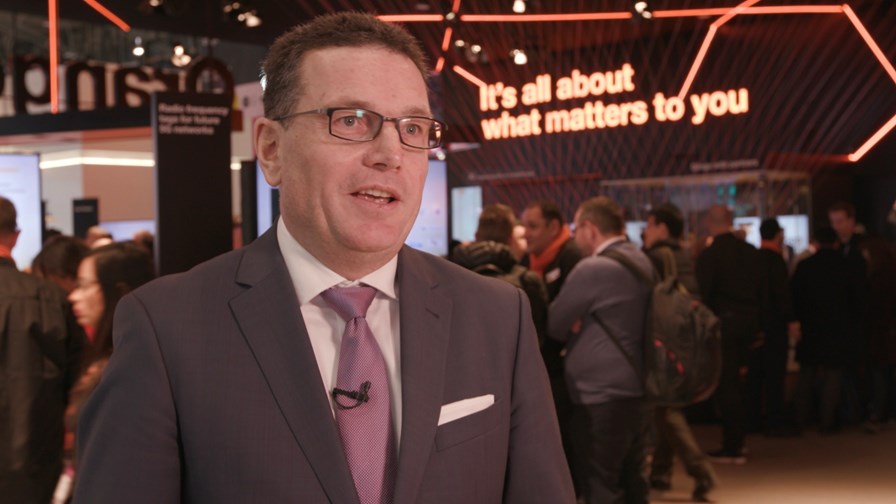 Another big name heads for the Orange exit door, renewed talk of a DT towers deal and further boardroom shuffling at TIM are the topics for today’s most pungent news truffles.

There’s no festive respite for the executive search team at France’s national telco... Orange Business Services (OBS) is looking for a new CEO after Helmut Reisinger, who has headed up the operation for more than three years and been at OBS for 14 years, handed in his notice. Reisinger (pictured above) will leave on 17 January 2022, after which Aliette Mousnier-Lompré, EVP of Operations and Customer Service, will take over on an interim basis until a new permanent CEO is appointed. Stéphane Richard, still currently Chairman and CEO of Orange but also currently heading for the Orange door marked sortie, commented: “I would like to thank Helmut Reisinger for his constant commitment to the development of the Group's B2B activity. In particular, he successfully built-up new activities within Orange Business Services linked to data and cloud computing that have seen double-digit growth for many quarters. During his time, Helmut turned Orange Business Services into a world leader in software-defined networks. I wish him great success in his future endeavors."

After a few years of fishing for prospective investors and/or buyers, Deutsche Telekom is getting close to is preparing for an M&A process that would involve the sale of part or all of its towers business, according to anonymous sources cited by German business newspaper Handelsblatt. The deal being drawn up by the giant telco puts a valuation of about €20 billion on the business (including associated debt). Only last month, DT CEO Tim Höttges, who has just been handed an extended term as the telco’s chief, was making very clear overtures to potential partners, buyers or investors that the operator was open to offers and proposals with regards to its tower business as it looks to cash in on various assets, though Höttges also made it clear that DT would seek to retain strategic control in any joint venture deal that might be struck. Deutsche Telekom is Europe’s other major operators in generating useful funds from the monetization of its mobile site assets, with Vodafone and Orange having recently made such moves, with the formation of Vantage Towers and TOTEM respectively. (See Deutsche Telekom CEO goes fishing (again) for towers deal.)

Luigi Gubitosi, who resigned as CEO of TIM (Telecom Italia) at the end of November during the boardroom shenanigans that ultimately led to the €10.8 billion takeover offer from private equity giant KKR, has now also quit his seat on TIM’s board as the operator weighs up the KKR offer. He will get €6.9 million in compensation, which should help to ease his anguish. In the meantime, the TIM board continues to assess the KKR offer and other strategic alternatives in order to decide whether to allow the private equity firm to undertake a full “due diligence” process, and notes that it isn’t sure how long this “complex” process will take. For further details, see this TIM press release.

Here’s a sign of the times... Nokia has landed a deal with Elisa Estonia to be the sole provider of 5G radio access network (RAN) equipment and also replace the existing 4G infrastructure, “replacing the incumbent vendor.” Although it was not namechecked in the Nokia press release, we believe the incumbent vendor being usurped is Huawei.

Equinix is one of the companies involved in a project to fund and develop low-carbon fuel cells to power data centres. Read more. This is a topic that will feature during The Green Network Summit in January (18-19), during which one of the roundtable discussions will tackle the question, ‘How Green is the Cloud?’

MEF (aka Metro Ethernet Forum, and not to be confused with the Mobile Ecosystem Forum or the Mobile Entertainment Forum) has unveiled updated specifications for SD-WAN. The new specs “add critical enhancements, including new service capabilities for underlay connectivity, important application performance metrics, and security zones for service providers deploying SD-WAN managed services,” according to MEF. Read more.