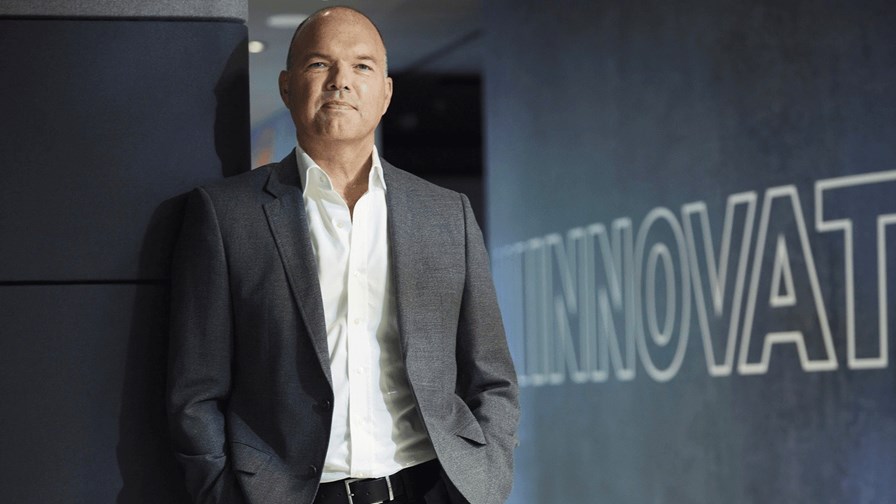 Nick Read, who is stepping down as Vodafone CEO at the end of 2022.

After more than a year of intense pressure from some investors to speed up the transformation of Vodafone’s international portfolio, the operator’s CEO, Nick Read, has resigned and will hand over the reins to his current CFO, Margherita Della Valle, at the end of this year while a permanent replacement is found.

Vodafone has been discussing and outlining a revamp of its assets for a few years, identifying the countries (Italy, Portugal, Spain, UK) it has wanted to exit or where it would like to grow through M&A deals, and carving out resources that could be sold to raise capital.

Read, who has been at Vodafone for about 20 years, has arguably been successful in achieving the latter, with the formation of its Vantage Towers spin-out that initially raised money from an IPO last year and then, more recently, from a stake sale that could net the telco as much as €7.1bn – see Vodafone sells a slice of Vantage Towers for up to €7.1bn.

But the M&A plans have not gone so well, at least in the eyes of some investors that have been agitating for swifter action.

In Spain, Vodafone lost out to Orange, which won the battle to gain scale by striking a merger deal with MásMóvil; and in Italy, Vodafone spurned a takeover offer from Iliad and Apax Partners.

In the UK, conversations about a merger between Vodafone and the country’s fourth mobile operator, Three, have been on and off for years but an agreement of sorts was announced in October, though there’s still a long way to go, especially in terms of regulatory approvals, before the operations can be merged – see Vodafone and Three UK go public about their marriage plans.

In Portugal, Vodafone is acquiring Nowo, a cable operator and MVNO, to give its business there a bit more muscle, while the operator announced in August a deal to sell its operations in Hungary.

But while that adds up to a lot of grist and a few conclusive outcomes, it clearly hasn’t been enough to satisfy investors, who would have also looked at the shrinking margins reported in Vodafone’s fiscal half-year results, which led to a new cost-cutting programme and the sliding market valuation and decided that a bigger corner needs to be turned. In October, Vodafone’s share price dipped below 100 pence on the London Stock Exchange for the first time in about 25 years and currently stands at 91.50, down about 21% this calendar year. News of Read’s departure initially gave the stock a bit of a lift but it is now trading flat.

The news appears to have been somewhat unexpected, as Vodafone’s board says it is only now initiating a process to find a new group CEO. In the meantime, Della Valle will step in as acting CEO on 1 January 2023, as well as continuing to perform her CFO duties. Her task is to “accelerate the execution of the Company’s strategy to improve operational performance and deliver shareholder value,” according to today’s announcement about Read’s departure. Investors will be keen to see who the board might be able to attract as a permanent replacement. It might also be keen to have an external candidate take the helm this time, as Read stepped up from the CFO role to take over as Vodafone CEO in October 2018.

But industry analyst Kester Mann, director of consumer and connectivity coverage at CCS Insight, says Read’s decision to step down is not a massive surprise. “He had come under growing pressure from disgruntled shareholders amid disappointing stock performance… Read will be remembered for steering Vodafone through the pandemic, narrowing the company’s focus on Europe and Africa, championing the telecoms sector among regulators, seeking a tighter grip on costs, and spinning off its towers business. Although only CEO for four years, Read has been at Vodafone for over 20 years. It may have been that a fresh perspective on the embattled company was considered the best way forward. However, the new CEO will face the same tough inbox, with geopolitical uncertainty, rising costs, tough regulation, strong competition and questions over return on investment for the sector high on his or her agenda,” noted Mann.

In the first half of its 2023 financial year (the six months to the end of September), Vodafone’s customers generated total service revenues of €19.2bn, up 2.5% year on year. However, earnings before one-time costs, taxes, interest and other financial measures, which indicates the fiscal health of the company, declined by 2.5% to €7.2bn and net profit was down very slightly at €1.24bn. However, its net debt currently stands at €45.5bn, slightly more than a full year’s revenues, hence the need to revamp the portfolio, raise capital and improve margins.

Read has consistently stated that there has always been multiple conversations going on behind the scenes with potential buyers, sellers and investment partners about potential deals that could positively revamp Vodafone’s operational lineup but that the operator wouldn’t rush into any deals and would only engage if the terms and conditions provided optimum value to the company. Let’s see if anything changes in the next few months.