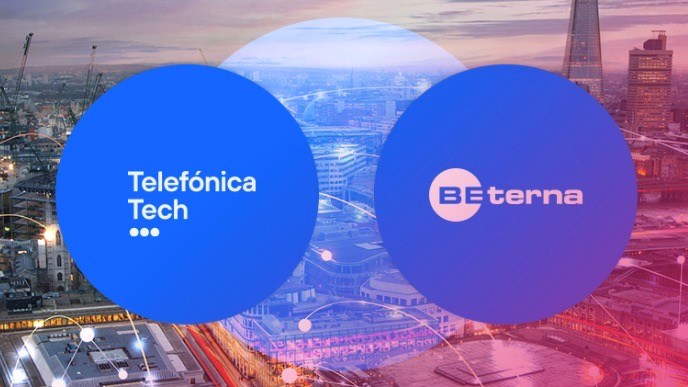 Telefónica has further strengthened its position as a major provider of enterprise technology service across Europe with a deal to acquire Cloud Microsoft Dynamics partner BE-terna for up to €350 million (including potential earnouts) from Deutsche Private Equity and a range of minority shareholders.

The deal, which is expected to close in the next few weeks, will give Telefónica Tech, the Spanish telco’s cloud, AI and cybersecurity services division, a broader geographical presence and boost its professional and managed services capabilities across Europe, as BE-terna has more than 1,000 employees in 28 locations in Austria, Germany, Switzerland, Slovenia, Croatia, Serbia, Denmark, the Netherlands, Sweden and Norway.

José Cerdán, CEO of Telefónica Tech, stated: “As a next-gen IT services integrator our priority is to build and become a leader and continue to deliver differential growth both organically and inorganically. BE-terna will reinforce our Cloud capabilities in Germany and enable us to enter into other Central European and Nordic markets. As the pandemic forces a faster move to the cloud and a greater need for digital transformation, Microsoft stands as one of the preferred partners for these projects, and BE-terna is a leading European player in this field.”

Founded in 2005, BE-terna provides enterprise users with digital technologies, cloud services, business software and business process management solutions based on Microsoft, Infor, UI Path and Qlik. Its portfolio is aimed at helping companies in industries such as manufacturing, retail, energy and the utility sector with their digital transformation strategies. The company is also described by Telefónica as “one of the top five Cloud Microsoft Dynamics partners in Europe.”

Christian Kranebitter, BE-terna’s founder, explained that joining Telefónica Tech is “the logical next step in the development” of the company since it always put efforts to be “a stable and reliable long-term partner for our customers.”

He added: “The offerings from Telefónica Tech and BE-terna are very complementary and will empower us to serve existing and new customers with all key technologies and solutions that are required to design, deliver and operate a successful digitalisation strategy.”

Aiming to become a tech services champion in Europe

Telefónica Tech’s aim is to become “a leading player” in providing tech services in the Old Continent and explained that the takeover of BE-terna serves as a reinforcement of its goal.

Since its establishment in November 2019, the digital business division of Telefónica has been on the lookout for acquisitions that can help to accelerate its growth. Among the deals already struck are the integration of cloud services company acens, which strengthened its position in the SME services market, and the acquisition of Altostratus, Cancom UK&I and Incremental, all of which boosted its cloud and digital services capabilities. (See Telefónica Tech announces £175M Incremental acquisition to boost its ERP, analytics smarts.)

Such deals helped the unit grow its revenue by 33.6% year-over year in 2021 to approximately €1 billion. In its full-year results, Telefónica described the Tech arm as a “key growth driver,” delivering “superior results” in areas such as cloud, cybersecurity, Internet of Things (IoT) and big data.