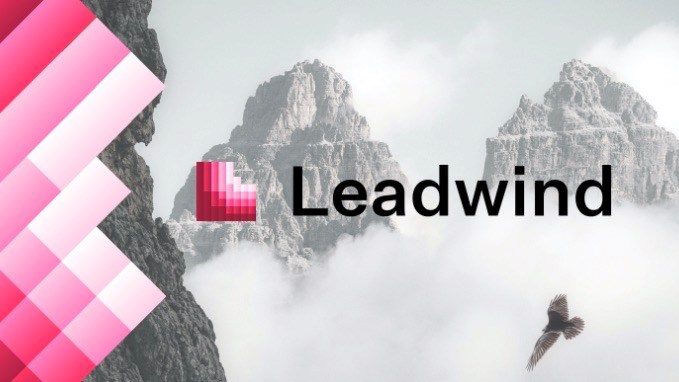 Telefónica-backed fund Leadwind has secured an initial €140 million that will be used to support scale-ups in Southern Europe and Latin America that are focused disruptive technology developments.

While Telefónica has stated that it would invest up to €70 million in Leadwind, depending on the ultimate size of the fund, it is unclear exactly how much Telefónica has contributed to the first closing of €140 million: We are awaiting confirmation on the exact numbers.

Leadwind was created in September 2021 by Telefónica and K Fund, with the goal to support the development of disruptive and transformative technology by scale-ups which operate in the field of artificial intelligence (AI), data analytics, edge computing, 5G connectivity, blockchain and cloud services.

Highlighted benefits from the move include “the transformation” of Spain, enhancing “the maturity of the entrepreneurial ecosystem” and encouraging innovation in scale-ups and their potential for global reach.

These are tipped by the Spanish operator to be “the enablers of the new business models that will emerge and have the greatest impact” on the telco industry.

Initial plans envisioned the vehicle would aim to raise anywhere between €150 million and €250 million but now the target sum has been updated to the maximum amount announced during its inception.

Leadwind is set to invest at least €5 million in each company that develops such technologies, and it has already found more than 150 scale-ups working on creating disruptive technology.

The fund is also expected to open an office in the Brazilian city of São Paulo in the near future.

Irene Gómez, director of Open Innovation at Telefónica, expressed belief there will be “many more” public and private organisations which will join the fund, adding that investing in such scale-ups “will help us to strengthen the business fabric and become a much more competent country”.

Miguel Arias, partner at K, told Spanish newspaper El Economista he expects Leadwind to complete a final closing of the €250 million target by the end of this year, and that guaranteed capital commitments already amount to €175 million.

The investment in Leadwind was made through Telefónica Ventures, which invests in areas such as next-generation networks, cybersecurity, Internet of Things (IoT), cloud and data services, with the goal to address “the big challenges” facing the telco industry.

In fact, Telefónica has been actively pursuing a role in the development of innovative solutions for more than a decade: In 2011 it launched Wayra, an open innovation hub focused on investing on a global scale in startups it deems will be “the unicorns of the future.” Leadwind works closely with Wayra, Telefónica noted.

The Spanish operator is not the only telco seeking to find and invest in the next big thing in tech: In Europe alone, Orange has been running its venture capital fund, Orange Ventures, since 2015 and recently spun it out into a separate legal entity. (See Orange ramps up its venture investment activity).

Deutsche Telekom is another active player, claiming to have established one of the largest investment funds in the region with its Deutsche Telekom Capital Partners (DTCP).