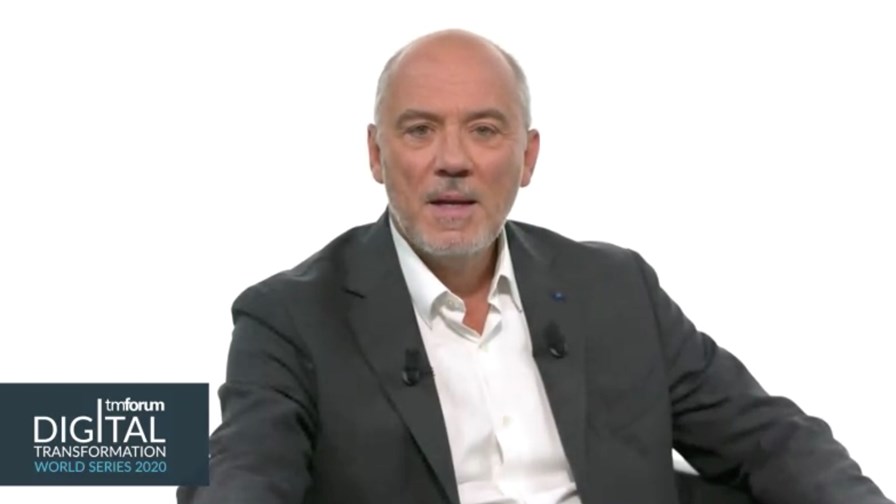 Telcos can only evolve to become the digital service providers (DSPs) they need to be if they radically overhaul their IT systems and operational culture to gain much greater agility and capture a greater slice of the value being created by their networks, according to the Chairman and CEO of Orange.

Speaking during the opening session of the TM Forum’s Digital Transformation World Series event, Stéphane Richard noted that “IT transformation is an absolutely essential element of many operators’ strategies, including for Orange, going beyond connectivity to become a digital service provider, by adding new products, services and capabilities. To stay relevant and keep growing, operators have to capture part of the new value they are helping to create thanks to their networks. But obviously, developing new digital services needs considerable IT agility, and to seize all the opportunities we need to rethink the way we do IT.”

He said IT systems have never been so important to operators, but that the current systems are too burdensome. “IT has never been so key to our business, and I can tell you, IT is no longer the concern of the CIO alone. It is now a strategic capability that is highly visible in the boardroom. But I think we as an industry have to take an honest look at the way we operate our IT, where we stand versus the competition, as well as how we are perceived by our customers. The way we operate IT today, as telcos, is too complex, too rigid, and too cost intensive. Our core IT – the billing systems, the ordering systems, the provisioning systems, the systems we built 10 to 30 years ago – are often made of monoliths: Legacy processes and technologies are a systemic part of the problem.”

He added: “Progress in addressing these challenges is so slow that some studies predict that, by 2025, technical debts will consume more than 40% of operators’ current IT budgets. Carriers often struggle to balance quick-fix changes to meet short-term business needs, which only increase their financial debt, their technical debt.”

By addressing the audience of a TM Forum event, though, Richard was preaching to the converted, but his messages chimed with the sentiments being expressed elsewhere by other telco CEOs that working in unison to build open networks based on organic but focused specifications that foster collaboration is the only way to thrive and survive.

“The main issue we'll have to deal with is culture – finding new ways of working… with a time to market of weeks or even days, rather than months or years. It's easy to say, but I really think we will not be able to achieve any significant transformation without this cultural shift. But even if this is an essential first step, it won't be enough. I am fully convinced that the industry also needs a rapid shift to an open, modern, software-based technology architecture that enables new operating and business models, one which is loosely coupled, cloud native, and AI-driven, made up of standard components, which can be easily procured and deployed, without the need for customization. In other words, the telco industry must evolve from a closed IT architecture, where it is only delivering its own services to its own customers, to an open platform architecture accessed through openly available APIs.”

And this is where the TM Forum plays a key role, noted the Orange CEO, with its Open Digital Architecture (ODA), which was launched earlier this year and which aims to enable operators such as Orange to build IT systems based on cloud native, interoperable, standardized software components that help them break free of proprietary systems that come with the burden of customization and integration lock-in.

The ODA initiative has been supported vocally by Orange CIO Thierry Souche, who is a TM Forum board member, it should be noted. (See Orange CIO: The only way is cloud native.)

Orange has contributed strongly to the development of ODA and it wants other operators and the vendor community to get on board and use it as the de facto way of building next-gen telco IT platforms.

ODA “opens the possibility to embrace a natively digital approach that enables our IT systems to deliver fast results and increased efficiency. This is the best tool to enable communication service providers to deliver intelligent operations fit for the 5G and IoT era, leveraging artificial intelligence. ODA will mark a significant change for the industry, simplifying the solutions and removing the need for large-scale customization and integration. By being plug and play, ODA reduces the burden, time and cost of integration… every component can be delivered by one of several service providers, by telco operators themselves, or by any open source community. This flexibility makes it particularly fit for legacy telecoms actors [like Orange] waiting to evolve towards an enhanced digital offer. Only through collaboration can the industry attain the required knowledge and agree the required standards and common code assets, such as APIs… We have seen some progress over the past few years, as several actors have now made public commitments to ODA.”

Indeed, 42 companies have now signed up to embrace ODA.

But Richard wants more companies to get involved and stressed that this is no time to hesitate. “Apart from a few pioneers, I am not sure we reached the level of flexibility and modularity we are aiming at. The marketplace still isn't today the marketplace we expect [and] IT transformation projects remain too long and risky. So now is a good time to join the bandwagon and show your software is becoming compliant and easy to deploy. We don't have a lot of time – it's not about standards in the old way, focusing on lengthy specifications. It is about concrete code, real tests, real deployments,” noted the Orange CEO.