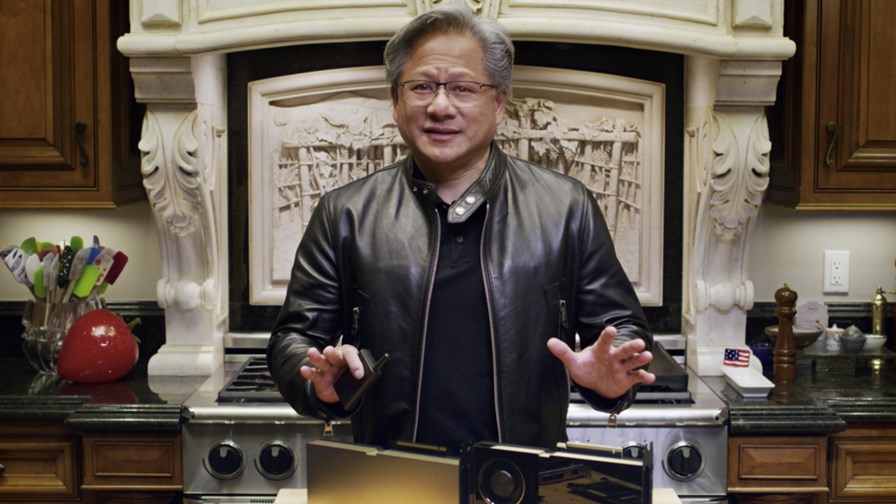 NVIDIA is shaping up to be one of the most powerful and influential companies in modern technology and communications – and that position will only get stronger if it’s successful in its efforts to acquire Arm for $40 billion.

The company kicked off its GPU Technology Conference (GTC) on Monday with a welter of announcements covering developments in datacentre, edge, healthcare, collaboration tools and more that hinged on the company’s AI capabilities. “AI requires a whole reinvention of computing – full-stack rethinking – from chips, to systems, algorithms, tools, the ecosystem,” proclaimed CEO Jensen Huang in his opening address (pictured above). Among the company’s multiple announcements were a few of direct relevance to the TelecomTV community…

-- Its EGX edge AI platform is being used by a broad range of companies that are bringing “secure, GPU-accelerated software, services and servers to enterprise and edge data centers.” To help make deployments easier, NVIDIA is “working with leading platform companies, including Canonical, Cloudera, Red Hat, SUSE and VMware, to [ensure] their flagship virtualization, operating systems, Kubernetes and data analytics platforms are fully optimized for NVIDIA AI software when running in bare metal or virtualized environments.” Read more.

-- Ahead of its acquisition of Arm from Softbank, NVIDIA is ramping up its support for Arm designs (which are already used in billions of devices, from smartphones to edge systems and autonomous vehicles) with new tools. “NVIDIA has been supporting Arm for more than a decade, and we’re just getting started. We’re excited to be part of an expanding community that powers everything from smart cards to supercomputers and so much more to come. We have lots of ideas about what’s possible, and there’s much we hope to learn from the 13 million developers in the Arm ecosystem,” stated NVIDIA. Read more.

-- NVIDIA is working with Amazon Web Services (AWS) to better enable high-quality augmented and virtual reality streaming from cloud platforms. It has launched the CloudXR platform, which will “be available on Amazon EC2 P3 and G4 instances, which support NVIDIA V100 and T4 GPUs, allowing cloud users to stream high-quality immersive experiences to remote VR and AR devices.” It added: “With the CloudXR platform, many early access customers and partners across industries like manufacturing, media and entertainment, healthcare and others are enhancing immersive experiences by combining photorealistic graphics with the mobility of wireless head-mounted displays.” There was no mention of the important role that CSPs would play in meeting the needs of such enterprises, which is something that should set alarm bells ringing for those in the telco community that want to be more than just a bit pipe. Read more.

For all of NVIDIA's announcements from the GTC event, visit its online news room.