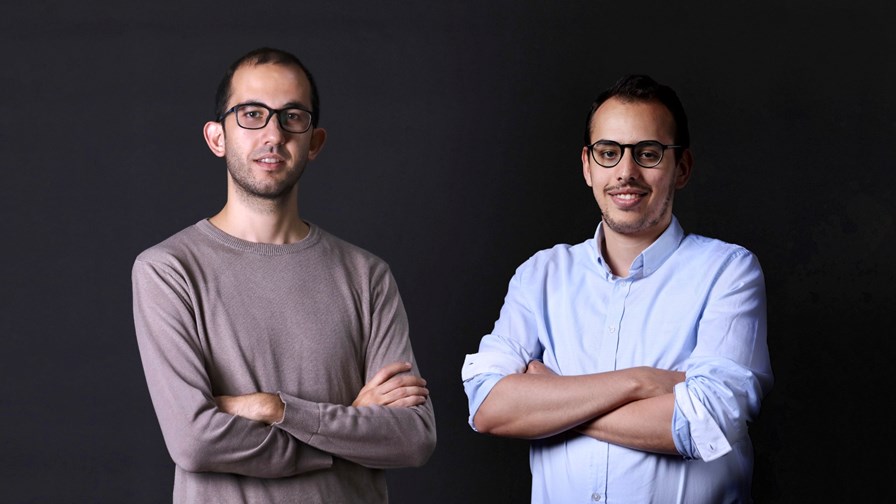 For staff or students at network operators, systems integrators, large enterprises, universities or indeed any organisation needing their staff to gain practical telco cloud skills – such as how to configure a disaggregated private 5G network, enabling standalone 5G core functionality, or gaining experience in CI/CD pipelines – much of the training available today is theoretical: If practical lab-based training is available within an organisation, it involves investment in expensive network simulation setups.

Samir Tahraoui (formerly at Orange, Mavenir and Capgemini) and Mahfoud Sidi Ali Mebarek, who co-founded the company in 2020 and now have a team of 12, experienced this first hand when they were on the same telco and ICT course at the Institut National des Télécommunications et des TIC (INTTIC Oran) in Algeria about a decade ago: They found it was difficult to put what they had learned into practice. And for Tahraoui, that frustration did not abate during his years working at various communications networking companies.

Having seen the success that online training platform A Cloud Guru had achieved in the IT world since its launch in 2015 (which trained more than 2.2 million people and was acquired for $2bn in 2021) and seeing how the telco world was merging with cloud and putting massive pressure on the training, upskilling and reskilling needs of all sorts of companies, the duo formed LabLabee. Together, they started developing the foundational lab platform as well as training ‘challenges’ that could provide people with useful learning experiences to help them with their day-to-day work or studies.

“In telecom learning, we have theory and we have practice. If you want to practise [skills learned] in 5G, Open RAN, in any technology, you need to buy very expensive hardware that is hard to set up,” said Tahraoui. What LabLabee has developed as an alternative is a shared, cloud-based platform built on standard hardware and using open-source code that enables “clients to experience some practical use cases… if you want to configure a 5G network you can use our platform to play with the parameters and configurations” to see how such changes impact a network and the services it can provide, he noted.

As such, the LabLabee platform can be used by companies for testing and validation processes as well as for staff training, with 24x7 access granted to anyone who buys a licence and “tokens”, whereby each token grants a single user access to a lab.

And in the spirit of the cloud-native world, the labs have not been built with expensive proprietary technology.

“All of our software is open source. We believe the future technologies in telecom and cloud is all open source”, notes Tahraoui. So the LabLabee team has sourced open-source code from a number of projects – including the ONF’s SD-RAN project that was fully released to open source in February this year – to develop 14 lab platforms and, so far, 156 separate challenges that users can access. The current inventory includes lab platforms dedicated to different features and tasks associated with running 4G, 5G, Open RAN, IP multimedia subsystem (IMS), software-defined networking (SDN) and infrastructure-as-a-service (IaaS) platforms. English is used for everything as it is the default language for training across the telecom sector and the team takes advice on important technical trends and lab/challenge design from a ‘community’ of telco cloud experts from companies such as Ericsson, IBM, Mavenir and Orange.

“The telco cloud market is under massive transformation, yet industry training has not kept pace,” stated David Guérin, principal at Brighteye Ventures. “We truly believe in the founders’ ability to transform this overlooked market, by helping telco engineers to acquire new skills, upskill and/or reskill in a more efficient, cost-effective and engaging way.”

Kushal Shah, head of corporate venture capital at e& capital, is equally supportive. “We believe in investing in the ideas that will progress a bright digital future by acquiring, growing and supporting visionary tech businesses. LabLabee has the potential to bring sweeping changes in the areas of innovation and digital disruption,” he noted.

Earlier this year, LabLabee also attracted $100,000 in funding when it was one of 10 startups selected for investment at the annual TAQADAM Startup Accelerator Showcase, backed by the King Abdullah University of Science and Technology (KAUST) and Saudi British Bank (SABB).

The LabLabee concept and the initial lab platforms are already gaining traction: Tahraoui’s former employer, Orange France, and west African telco Togocom are using the labs, while e& is working with the startup on the development of use cases. The labs are also being used by students at the Institut National des Sciences Appliquées de Lyon (INSA Lyon).

The LabLabee team has been forging partnerships and industry relationships with organisations, such as Paris-based networking and IT consultancy Setelia, Middle East and Africa-focused systems integrator Open Valley, the ONF and the Telecom Infra Project (TIP), where the LabLabee team is contributing to the Open RAN project group, working on the development of a telco cloud project group, and collaborating with the TIP Academy. This “offers the theoretical training and then we have practical training”, explained Tahraoui.

He also noted that LabLabee is in discussions about a similar relationship with Wray Castle, a UK-based telecoms training outfit that provides theoretical training to the likes of BT and Vodafone. “Its clients are asking to get hands-on practice,” said Tahraoui.

So the founders have a lot to do – forging partnerships, hiring new staff, attracting paying customers, and, at some point, introducing some kind of certification for those that successfully complete the challenges: “It is definitely on our roadmap… [certification is] very important,” according to the founders.

And what they are trying to achieve, of course, is not easy (otherwise many others would have already done it). “We have many challenges. Working in telecom is not easy,” admitted Tahraoui.