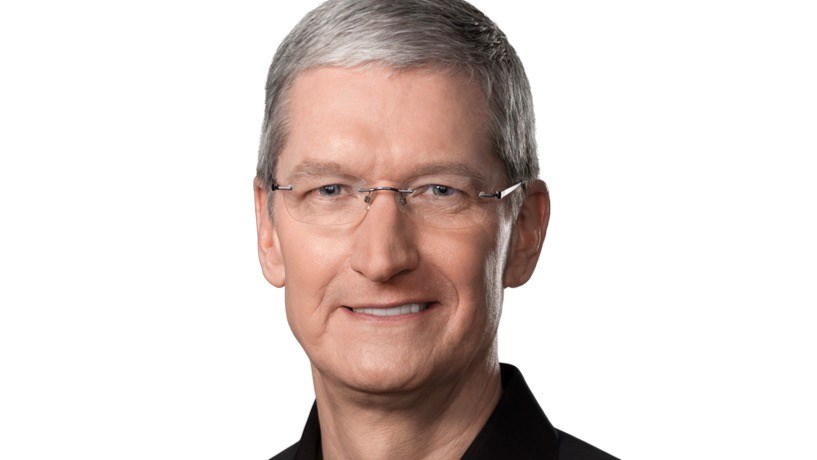 Told you so. Last week TelecomTV wrote that vested interests would bring immense political lobbying power to bear on US legislators, elected politicians and the Biden administration as soon as meaningful efforts to curb the corporate excesses of Alphabet (for which read 'Google'), Amazon, Apple, Facebook, Microsoft and other big tech companies began. As expected, the first salvoes in what will be a protracted war of attrition were fired just hours after legislation was introduced in the House Antitrust Subcommittee to compel meaningful competition and rein-in the domination of Big Tech companies across the online commercial universe.

First out of the traps was Apple's CEO, Tim Cook (pictured above). He actually made a phone call to Nancy Pelosi, the Speaker of the US House of Representatives, and other individual members of Congress to "warn" them that the legislation, rather than long overdue, is rushed, ill-considered and will stifle innovation, disrupt and even destroy consumer services and increase prices. He added that he wants the legislation to be delayed and preferably dropped altogether. To quote the splendid Mandy Rice Davies, whose courtroom testimony helped to bring down a Conservative UK government back in the 1960s, "Well, he would say that, wouldn't he"?

Cook's call is prima facie evidence of how rattled Big Tech is becoming as calls for its proper regulation, oversight and policing grow ever louder. Lobbying groups, think tanks and analyst companies paid for by Amazon etc., are swarming all over Capitol Hill like the mass hatching of Brood X cicadas that has disrupted the daily life of many Americans and recently delayed a flight by President Joe Biden.

In all there are six pieces of proposed legislation on the slate that, if made law, would give regulations some real teeth, make it very much more difficult for Big Tech to gobble up and destroy smaller rivals and would also open online commerce, advertising, media and entertainment to real rather than ersatz competition. The bills are the most comprehensive pieces of antitrust legislation in the US in many years. Big Tech knows it, can feel the ground beginning to shift and are running scared. They see regulation and oversight as a full-frontal attack on their business models and thus an existential threat; hence the invective and scaremongering.

Mark Isakowitz, Google's most senior lobbyist, commented, "American consumers and small businesses would be shocked at how these bills would break many of their favourite services", while his oppo at Facebook, Christopher Sgro, says antitrust laws "should promote competition and protect consumers, not punish successful American companies." In response to this I refer you back to the afore-cited comment by Miss Mandy Rice Davies.

However, rare bi-partizan co-operation and co-sponsorship of legislation to take Big Tech down by several pegs will make it all the harder for opponents of the legislation to succeed in stopping the bills. In the past, Republicans would routinely had sided with big corporations but many remain angry at what they perceive as the political bias on the part of social media that was writ particularly large before and during the 2020 presidential campaign, a campaign that their man lost. Some are now happy to thrown in their lot with Democrats if the net result will be a diminishing of the power of Big Tech.

Meanwhile, Representative Pramila Jayapal, a Democrat for Seattle in Washington State and a co-sponsor of the bill, says the vociferous lobbying against the proposals is "making [evident] our case that they have way too much power in terms of monopoly power and in terms of money and politics. Small business and consumers have no hope of competing with this amount of money and power".

Breaking up is hard to do - but will get easier

Pramila Jayapal was also instrumental in framing the Ending Platform Monopolies Act, the main intent of which is to eliminate "irreconcilable conflicts of interest" that are the result of hugely dominant platforms that have almost total control over a marketplace whilst advertising and selling on that platform and harvesting, manipulating and maintaining ever-increasing amounts of user data.

The legislation specifically targets technology companies with a market capitalisation in excess of US$600 billion and with more than 50 million monthly individual domestic users and/or 100,000 business users. We all know the tech companies that fall into those categories. The new Act and its implementation in practice would fall under the regulatory and policing remit of the Federal Trade Commission (FTC), and the Department of Justice (DoJ).

Tellingly, the Ending Platform Monopolies Act also invests the FTC and DoJ with the power to separate marketplaces controlled by the likes of  Amazon, Apple, and Google from the products and services they offer. The ultimate sanction would be to break such companies into their constituent parts. That might mean apps such as FaceTime, Google Maps, Instagram, LinkedIn YouTube and WhatsApp may not come preinstalled on a device although any individual could simply download them thereafter according to his or her personal choice.

The bill also contains provisions that would require Big Tech companies to enable easy data portability and interoperability to permit users to close down and permanently leave a service or app whist having the legally enforceable right to keep their own data and contacts.

The Chairman of the House Judiciary Committee, Jerold Nadler, issued a statement saying the proposed legislation will "pave the way for a stronger economy and a stronger democracy for the American people by reining in the power of the most dominant firms online." One can but hope that eventually it will. It's going to take time, years probably, and its going to be exhausting but the wheels are in motion - at last.