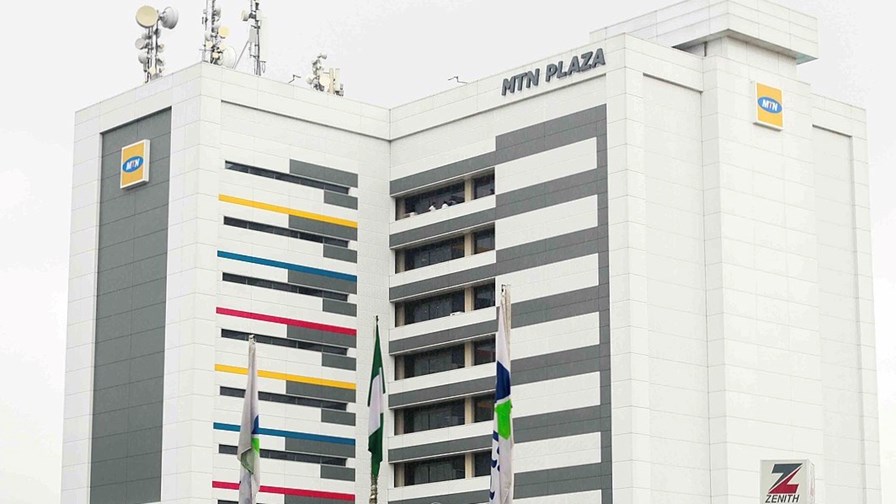 Pan-African operator MTN Group has reported financial and operational success for the full year 2021, once again highlighting the growth potential that Africa offers in the communications and digital services sectors.

Despite what it dubbed a “tough macro environment”, MTN, which has operations across 19 markets in Africa and the Middle East, booked 18.3% year-over-year service revenue growth to hit ZAR171.8 billion (US$11.4 billion) in 2021, while earnings before interest, tax, depreciation and amortisation (EBITDA) rose by 23.7% to ZAR80.8 billion ($5.4 billion).

It added 2.9 million subscribers during the year, reaching a total of 272.4 million by the end of 2021, although the company mentioned a slowdown in additions in Nigeria due to industry-wide regulations imposed by local authorities.

Its mobile data and fintech (Mobile Money) services both attracted millions of new users. MTN ended 2021 with 122 million data users, up by 11.1 million during the year, while it added 10.4 new Mobile Money users to reach 56.8 million monthly active users (MAUs).

With data and fintech traffic volumes rising, MTN invested ZAR32.7 billion ($2.2 billion) in capex during the year to boost the capacity and resilience of its networks and platforms.

Overall, the company touted “strategic execution and sustained commercial momentum” across all 19 markets as the main factors driving its growth, noting also that 2021 was the year it began executing its Ambition 2025 strategy.

“The performance was underpinned by pleasing growth in our larger operating companies, operating leverage and the benefits of our expense efficiency programme,” said MTN Group President and CEO Ralph Mupita, adding that the company has started “shaping the MTN of the future”.

During the year, MTN has also paid down $1.4 billion in debt, partially boosted by proceeds from its asset realisation programme which looks to reduce debt and risk, and simplify the company’s portfolio.

It expects the IPO of shares in MTN Nigeria and its planned tower sale in South Africa to bring about ZAR8.8 billion ($584 million) once completed.

The operator reported delivering broadband access to 23 million more people, reaching 83% broadband coverage in rural areas, bringing itself closer to a target of 95% by 2025. It also said the cost of data has dropped by more than 15% in 2021.

“We linked long-term incentives for executives to various ESG (environmental, social and governance) indicators, with a focus on reaching net zero emissions by 2040; progressing diversity and inclusion; and extending rural broadband,” the company noted.

It also enhanced its medium-term guidance by raising targets for service revenue growth rate and returns. It now expects group service revenue to grow by a mid-teen per cent compared with previously targeted low- to mid-teen.

“Our enhanced medium-term guidance reflects the growth we see across our markets, as we play our part in driving digital and financial inclusion across Africa,” explained Mupita.

Bloomberg Quint reported the company also plans to seek minority investors in its fintech unit after it was lined up for separation from the traditional business in March 2021. The aim is to speed up the growth of the unit, according to Mupita, as cited by the news agency.

Despite challenging conditions across the continent, Africa has been a welcome source of subscriber and revenue growth in recent years for the telcos with multiple operations across the region.

Apart from MTN, last month Orange also identified the region as a driving force behind its full year revenue growth: It highlighted a “solid performance” and “remarkable” dynamic in Africa, with an 11% year-over-year increase in revenues in 2021. It had more than 44 million 4G customers in the continent, while mobile data revenues increased by 25% for the full year 2021.

And in its most recent trading report, Vodafone Group also recorded “good growth” in Africa, with its customer base rising from 175.4 million in Q3 of financial year 2021 to 187.8 million in Q3 of its financial year 2022. It operates in eight African markets and its 4G services now cover 66% of the population in these countries, the company noted in the trading update. Its financial services platform, M-Pesa, recorded a 26% year-over-year increase in processed transactions, and it noted more than 1 million registered users for its new ‘super-app’ called VodaPay.

There is still plenty of room for growth in Africa, as more technologies and digital services make their way into the continent. In the Sub-Saharan parts of Africa alone, the GSMA expects around 120 million new subscribers to sign up for mobile services by 2025, which is set to result in 50% of the region’s population using such services. In addition, 4G adoption in the region is expected to double its 2021 level to 28% and while this is still far behind the global average of 57%, it comes to show there is an ever-growing hunger for new technologies and services.