Korean telcos reap the rewards of their digital drive 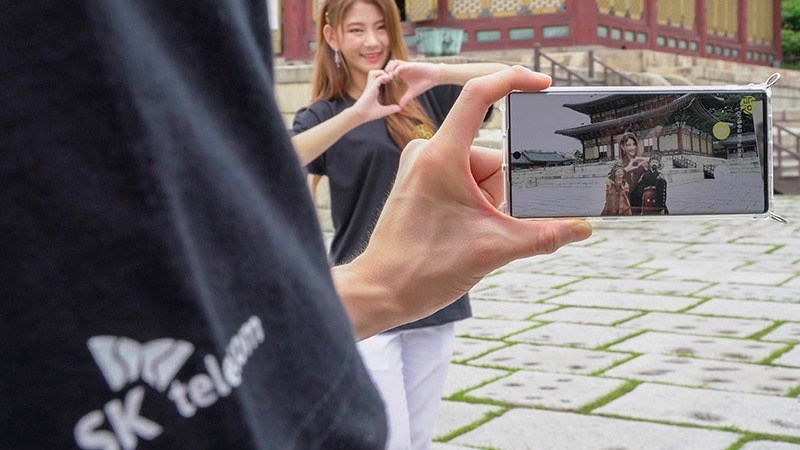 You don't have to dig very deep into the third quarter numbers from SK Telecom and KT Corp. to see that their ambitious push into 5G and new digital services is paying off.

Both operators this week reported healthy top-line growth, driven by the continued strong uptake of 5G and value-added services, and encouraging developments in their new lines of business.

Starting with the latter, KT said revenue at its AI and digital services (AI/DX) division – which includes its data centre and cloud operations – grew 29.7 percent year-on-year to reach 161.2 billion won ($136 million) in the three months to 30 September. In a statement in Korean, the operator drew attention to its new AI contact centre (AICC) solution, which is seeing strong demand. The voice-controlled digital assistant listens to callers and can either recommend an appropriate response to the call centre operative, or interact directly with the caller. Launched initially for KT's own customer service operations, the operator now pitches it at enterprises for their customer call centres as well. Local press reports in October said KT also plans to offer an affordable, pared back version for smaller businesses, including so-called 'mom-and-pop' stores.

Meanwhile, KT's IPTV operation was the fastest-growing line of business in its fixed-line division, growing revenue by 3.1% year-on-year to KRW473.4 billion ($400 million). KT said its IPTV business netted more than 100,000 customers for the third straight quarter, thanks to its home learning content, strong sales of its Olleh TV Tab – which lets customers stream IPTV content wirelessly to an LTE-equipped Samsung tablet – and a refreshed line-up of content aimed at children.

"Through this, IPTV subscribers reached 9.12 million as of the end of the third quarter," KT said.

For its part, SK Telecom recorded 6.9% year-on-year growth at its New ICT businesses unit, driven by its Media and Convergence Security divisions. The former includes its Wavve streaming service, which SKT operates in partnership with a group of local broadcasters. It has been investing heavily in original content, and it is paying off: September set a new record for monthly active users of 4.43 million. On the IPTV side of things, SKT also netted north of 100,000 new subscribers, ending September with 8.91 million in total.

The beginning of November saw SKT complete the spin-off of SK Square, which plans to invest heavily in ICT and the semiconductor market. The remaining parts of SKT will focus AI services, digital infrastructure services, and of course its core telco operations. In August, it launched T Universe, a subscription platform that gives its members perks and discounts on products and services from a whole host of commercial partners, including Amazon, Google, and Starbucks to name just a few. (See SKT sees money in the metaverse as it does the splits.)

T Universe falls under the umbrella of the new AI Service division, as does 'Ifland', its recently-unveiled metaverse platform. Originally pitched at businesses that want to conduct virtual meetings, SKT plans to turn it into an open platform that will enable brands to offer interactive virtual experiences to consumers. It is early days for T Universe and Ifland, and the new corporate structure wasn't presented to the world until after the end of the third quarter. Understandably then, SKT is not in a position to share revenue or operational figures for these new lines of business.

One area of business where SKT – and KT for that matter – is more than happy to share numbers is at its 5G operation. SKT added an impressive 950,000 5G subscribers during the quarter, bringing the total to 8.65 million. That's more than double compared to a year ago, when it had 4.26 million. This helped to drive a 2.9% year-on-year increase in mobile revenues, which came in at KRW3.03 trillion ($2.56 billion); operating income surged 21.9% year-on-year to KRW319.6 billion ($270 million).

KT also did well on the 5G front. Its customer base almost doubled year-on-year to 5.61 million, up from 2.81 million. Mobile service revenue jumped 3.8% to KRW1.7 trillion ($1.44 billion) thanks in part to KT's partnership strategy. "KT is striving to strengthen practical benefits for customers by launching affiliate rate plans with products and services with high customer satisfaction, such as affiliate cards, global OTT [services], massage chairs, and wireless earphones," the operator said.

So there you have it – proof that it pays to be bold and expand beyond the connectivity comfort zone!