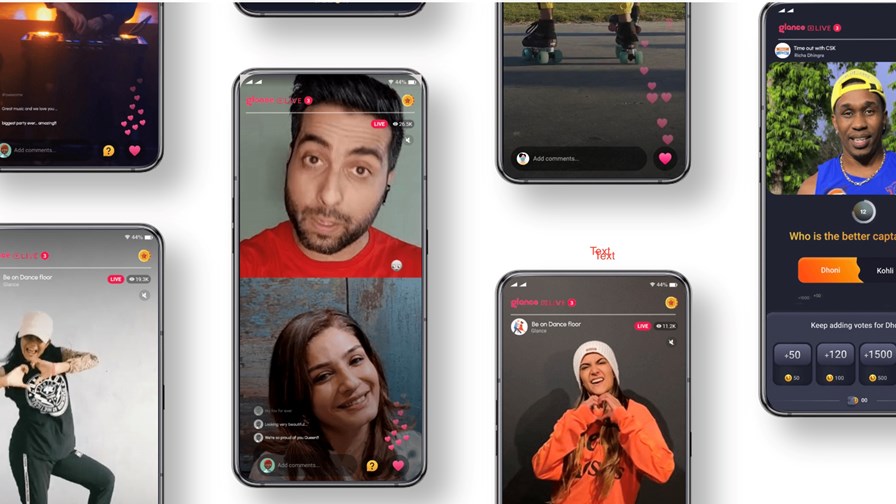 Jio Platforms furthered its ambitions to become the most critical digital platform and service provider in India with a $200 million investment in AI-enabled platform Glance, which offers ‘lock-screen’ content on Android devices.

The platform offers personalised entertainment, news, sports, games and shopping content on handsets without the need for users to unlock their screen.

Launched in 2019, Glance is being used on more than 400 million devices across Asian markets, according to figures cited by Jio: It’s owned by mobile marketing company InMobi Group.

Jio’s funding injection will be used by Bangalore-based Glance to enter key markets outside Asia, including the US, Brazil, Mexico and Russia. The company’s aim is to be the “largest live content and commerce ecosystem on the lock screen” globally.

In its statement, Jio Platforms explained that in addition to the funding, Glance’s lock-screen platform will be integrated in its smartphone brand JioPhone Next, a device developed as part of a multibillion deal with Google.

Jio Platforms Director Akash Ambani commented that Glance has grown “at a phenomenal pace” during the past two years, offering users “a truly unique solution by unlocking the power of the lock screen for experiencing the internet, live content, creator driven entertainment commerce and gaming”.

On its investment move, Ambani noted the step reinforced its commitment “to provide the most advanced and next-level tech and digital ecosystem for consumers in India and beyond.”

Piyush Shah, who is the President and COO of Glance and co-founder of InMobi Group, argued Glance has developed “a disruptive lock screen-first discovery platform for live content, commerce and gaming in Asia, and we intend to scale it globally going forward”. Jio’s financial injection into its operation gives it “the firepower to take the innovative experience of Glance to surfaces across the world”.

The deal is expected to bring further tie-ups between Glance and Jio focused on devices, commerce, content and gaming.

The transaction is subject to regulatory approvals. If blessed, it will value Glance at approximately $1.7 billion, TechCrunch stated.

Glance has been luring attention to its service from big names before. In December 2020, it raised $145 million from Google and investment company Mithril Capital to deepen its AI capabilities and products. At that time, it boasted having more than 115 million daily active users who spent on average 25 minutes per day on its platform.

It previously had raised $45 million from Mithril Capital, so has now banked $390 million from its investors, according to Crunchbase.

Indian newspaper Mint reported the service is available by default on as many as 60-65% of new smartphones sold in India following deals struck by Glance with device makers Xiaomi, Realme, Samsung, Vivo and Oppo (those are estimated to be the top smartphone vendors in India by market share by Counterpoint Research).

Jio Platforms (and broadly speaking, its mother company Reliance Industries) has been on the lookout for deals to boost its presence in the market for devices, 5G services and associated digital content. Towards the end of last year, it introduced an offering of Release 16 Compliant 5G NR protocol software that supports low latency use cases for 5G private networks through its Radisys subsidiary. (See Reliance Jio prepares for its next round of disruption.)

With the new investment, one could argue that Jio is one step closer towards its goal to lead the digital services ecosystem in its home market – and perhaps beyond.