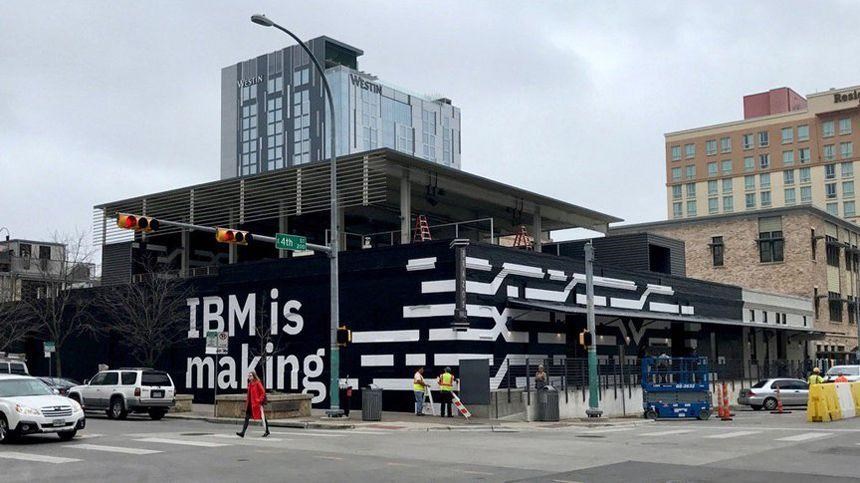 IBM is abandoning the long-established strategy of being a "one-stop-shop" for all enterprise technology solutions that has served it so well for so long and will become a "leading open hybrid cloud platform and AI company" that will exploit a "US$1 trillion market opportunity." To do so it will spin off its legacy services operations into a new company. This means it will instantly lose a quarter of its overall revenues and probably a quarter of its personnel too. CEO Arvind Krishna says the move will "unlock growth" thanks to a focused approach on the hybrid cloud that will provide customers with the opportunity to exploit a combination of state-of-the-art cloud computing solutions whilst being able to retain and sweat expensive installed technology.

IBM, aka Big Blue, is well over a century old. It was founded in June 1911 when four small enterprises, the Bundy Manufacturing Company (time clocks) and the Tabulating Machine Company (punch cards) joined with the Computing Scale Company. and the International Times Recording Company (both of which were holding companies) to amalgamate as "The Computing-Tabulating-Recording Company". In the fullness of time (1924) that became the International Business Machine Corporation and the rest, as they say, is history. IBM would not have reached the venerable age of 109 in such rude good health and prosperity without an inherent ability to adapt to changing times and markets, and now it is changing once again.

In April this year, Arvind Krishna, a 30-year veteran of IBM, was appointed CEO and set about reshaping the company's strategy as network transformation and virtualisation swept the world. Yesterday, that strategy was made plain as Krishna redefined IBM as a cloud computing and AI company. That new focus has been made possible in good part thanks to IBM's highly-successful 2018 purchase of Red Hat, the US-headquartered multi-national provider of open software products and tools to enterprises, which it bought for US$34 billion.

When the acquisition closed in July last, change was obviously in the wind, and that breeze has blown the world a potentially very powerful new hybrid cloud computing company which, Krishna says, will compete in the same space with the likes of Amazon Web Services, Google and Microsoft. However, this will not be a head-to-head proposition but from the niche position of being able to link into Amazon, Google and Microsoft as well as IBM's own serried banks of stratocumulus.

Henceforth, IBM's main business will be cloud and artificial intelligence with the company's traditional hardware, software and consultancy arms continuing to operate alongside. Together these units initially will generate some 75 per cent of IBM's revenues and the plan is for that to grow to 100 per cent.

It means something has to go to allow for the expansion of the cloud computing/AI business, and so IBM is spinning-off its legacy services organisation which, for many years has been supporting, upgrading and maintaining the computing assets and operations of thousands of corporations, into an as yet unnamed new company. All that is known currently is that the spin-off will be a sizeable deal, not least because it currently accounts for some $20 billion a year of IBM's revenues.

IBM says the new company will inherit long-established commercial "relationships" with more than four-and-a-half thousand "technology-intensive, highly regulated clients in 115 countries, including more than 75 per cent of the Fortune 100" and "a backlog of orders worth $60 billion, more than twice the scale of its nearest competitor."

Quite how these customers will react to the news that they are being shunted, willy-nilly, over to a new company is not yet apparent but IBM has evidently decided that long-term growth is in cloudification, virtualisation and AI rather than legacy operations. That calculation is based on ever-increasing evidence that enterprises are willing, even happy, to opt for pay-as-you-go or an annual subscription model for cloud services delivered via the Internet from remote date centres because they are more flexible and adaptable, easier to manage and maintain, and actually cost less than the traditional model.

IBM has adapted and transmuted down the years but that doesn't mean it hasn't has to face some hard times and make some tough decisions along the way. The shift to cloud is, at least in part, down to realisation that things have to change. Just think back; Big Blue has always rid itself of assets that were getting long in the tooth and less profitable. IBM's personal computers changed the world in the 1980s but were gone by 2005. The disk drive business also went as did the manufacture of semiconductors. Now it is the turn of the managed infrastructure services arm.

The "new" IBM that will emerge in a swirl of cloud and virtualisation will be a "leading hybrid cloud and AI company", says Krishna, which it is claimed is "$1 trillion market opportunity". He add that the strategy will "unlock growth" thanks to a focused approach on the hybrid cloud that will provide customers with the opportunity to exploit a combination of state-of-the-art cloud computing solutions whilst being able to retain and sweat expensive installed technology. This approach, the CEO claims "should deliver mid-single-digit" revenue growth within a year a few years. The spin-off and associated changes (including probable job losses) will be completed by late 2021.

IBM's share price rose by eight per cent as the news percolated through the market but that has to be set against the reality that the company's revenues fell by three per cent last year. Even after that IBM's revenues stood at $77 billion regardless, so not much damage was done in terms of a one-off hit. The trouble is that it wasn't a one-off. The sobering reality is that IBM's revenues have dropped by seven per cent this year and have fallen in 29 of the last 33 reporting quarters.

Now the die is cast. IBM, as the long-established one-stop shop for all enterprise technology solutions will cease to exist and will become a hybrid specialist boutique, and there is no guarantee that other units, divisions or assets that might later be deemed to be extraneous to requirements won't also be spun-off in due course.

Yesterday, Arvind Krishna said, "IBM will focus on its open hybrid cloud platform and AI capabilities. NewCo will have greater agility to design, run and modernize the infrastructure of the world’s most important organisations".

He believes a changed and modernised IBM now has the opportunity to grasp a golden opportunity to play a vital and continuing role in a world transformed by digitalisation, AI and the cloud. However, IBM is late to the party. Others, such as the aforementioned Amazon Web Services, Google and Microsoft,  turned up considerably earlier and have already eaten a lot of the cloud banquet, including the caviar, and necked a lot of the best fizz. Time will tell if there's enough left to feed and grow a hungry newcomer.