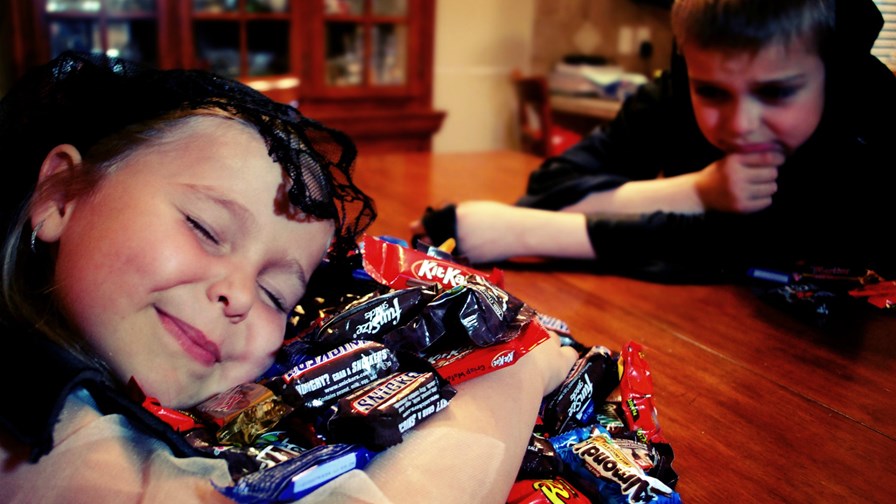 Last week in the US, after years of shilly-shallying around the subject, the Antitrust Sub-Committee of the powerful House Judiciary Committee finally issued a report finding that the nation's "Big Tech" companies (Amazon, Apple, Facebook, Google et al) that "once were scrappy, underdog startups that challenged the status quo" have grown and mutated to become "the kinds of monopolies we last saw in the era of oil barons and railroad tycoons."

The report adds that Big Tech companies are now almost unassailable "gatekeepers"; gargantuan monopolies, laws unto themselves, stiflers of competition and heedless and arrogant abusers of their overweening market power. The Committee recommended, after years of fruitlessly trying to negotiate and persuade Facebook etc. to mend their ways and do the decent thing voluntarily, that the only way to bring them to heel is to break them up and introduce much more restrictive and punitive antitrust legislation because current laws are simply not up to the task.

Jerrold Nadler, the New York Democrat and Chairman of the Judiciary Committee, said, "Our investigation leaves no doubt that there is a clear and compelling need for Congress and the antitrust enforcement agencies to take action that restores competition, improves innovation and safeguards our democracy."

As TelecomTV wrote at the time, Facebook and its ilk won't buckle to new legislation without an almighty fight, but will "prevaricate, obfuscate, complain, fulminate, whimper, threaten, cajole and cry foul as they cast about for any strategic weapon or delaying tactic to slow the inevitable". Well, the prevarication and obfuscation has started.

In fact, in one case, it actually started a few days before the House Judiciary Report was published. Expecting and anticipating the damning conclusions reached in the report, Facebook got it's retaliation in early, and drew up a response which claims that breaking up the company will be a "non-starter". Why? Because Facebook is now such a complex interconnected organism that it will be next to impossible to render it back to its constituent parts and spin them off into individual, stand-alone companies.

The Facebook report has it that, "after many years of hard and costly work, Instagram and WhatsApp are now integrated into the same bespoke infrastructure that Facebook built from the ground up." This rationale neatly omits to inform the reader that Facebook was never meant to undertake such intense and close integration and in the first place, but went ahead and did it anyway, including the wholesale transfer of algorithms used in news feed and advertising functions that bound things together very tightly. It is now more than ever evident this was part of a strategy to guard against possible enforced break-up in the future.

If ageing wunderkind Mark Zuckerberg expects such adolescent sophistry to stop moves to legislate against Facebook and the others, he is making a big mistake. If he thinks it will be too complex, expensive and time-consuming to frame new antitrust legislation that would result in the dismemberment of Big Tech he will be wrong.

Something has to happen now because if Big Tech is left to go its own way for another lengthy period it is entirely possible, even likely, that five six or world-straddling, US-headquartered, behemoth corporations will have control of AI, machine learning, robotics, pharmaceuticals, health care, logistics, distribution, R&D, telecoms, broadband, crypto-currency and payment systems, satellite communications and even space exploration and colonisation. If that is allowed to happen those companies will be all but impossible to control and "Skynet" would become a reality rather than a dystopian fiction.

hark! It's the echo of Lehman Brothers

Remember 2008, when Lehman Brothers, a bank "to big to fail" did exactly that when the US government refused intervene at the height of the sub-prime mortgages scandals, and simply let the company go to the wall in a US$600 billion bankruptcy, the biggest (to date) in US history?  It shook the market to its core but it put an abrupt end to the myth that some companies are so big and so important that they can't be touched and must always get help when they ask for it. And the market put some new controls in place and duly recovered.

Exactly the same logic and determination should apply when corporations claim they are too big and complex to break up. They are not. Certainly surgery can be done delicately with a scalpel but if that takes too long and involves too much time, expense and resources it can be done much more expeditiously (and brutally) with a butcher's cleaver. There'll be more blood and scars that way but that's what happens when drastic action needs to be taken. For Big Tech, that time must be close now.

The source of many of today's problems with the de facto tech monopolies is that they have acquired so many other companies over the past decade and more and have integrated them so tightly and deeply into their systems (Google being an example here as well as Facebook) that to isolate them for spin-off gets to be like prising one leg of a giant octopus that is wrapped around a tasty morsel only to find that whilst you were concentrating on that single appendage seven other tentacles have snuck-up and enclosed not only the tasty morsel but also you you in an ever-tighter grip. Perhaps it is time to put a strong focus on any further acquisitions Big Tech may be planning (there must be many of them bubbling under, there always are) with an eye to ensuring that competition isn't rolled over and stifled so relentlessly as it has been for far too long now.

Amazon too has taken indignant exception to the House Judiciary report and characterises its conclusions about new antitrust legislation and enforced break-ups as "fringe notions" that are a direct result of "regulatory spit-balling". (in baseball, "spitballing" is the illegal pitch that has been tampered with or altered by the rubbing in of lip salve, sweat or good saliva. Nice. In cricket, Australians do it with sandpaper, and then cry on TV when they get found out).

As our article of last week pointed out, back in the 1980s AT&T kicked up an enormous dust cloud as it fought tooth and nail against President Ronald Reagan's proposal to break it up. AT&T lost and the monopoly Bell System was broken up into seven independent businesses, the Regional Bell Operating Companies or "Baby Bells".

The actions led to a surge in much-needed competition in the US long-distance telecoms market by companies such as Sprint and MCI. However, over time (and this is what regulators and legislators will have to keep a close eye on when Big Tech companies are compelled to spin-off some of their businesses), there has been a long slow amalgamation and take-over of the seven independent companies, and US telecoms landscape is nowhere near as competitive now as the it was then planned and expected to be. Divestiture is one thing, ensuring separation is permanent is quite another.

Very much on the plus side though is that politically partisan members of the Committee came to the rare bi-partisan agreement that Amazon. Apple, Facebook and Google are too big, too powerful and too intractable to be allowed to continue to gobble up the world. Time for them to curb their appetites or be put on a strict diet.