Down, dooby doo, down down… breaking up ain't hard to do 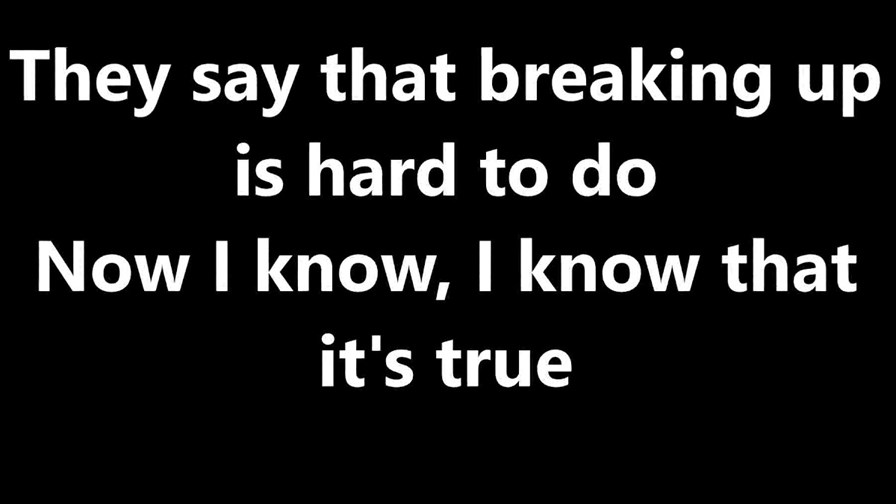 Everything to do with the US legal system takes an unconscionable amount of time. US legislators stood by and watched for years, doing nothing of note, while Facebook et al rode roughshod over antitrust laws as they grew to become monopolistic behemoths beholden only to themselves.

Years after it became obvious that something needed urgently to be done to curtail their market abuses and having called in CEOs to explain themselves, the House Judiciary Committee then took another 16 months to investigate what was as plain as a pikestaff to everyone else; that the power of the "Big Tech" companies must be curbed. And if that means breaking them up, so be it. It's not as if there are no precedents. Remember Ronald Reagan and Ma Bell?

Back in July last year, after further appearances before them by Mark Zuckeberg sitting in his booster seat and other CEOs standing on their imagined dignity, the Committee finally came to the realisation that these companies cannot be allowed to police themselves because they are institutionally incapable of doing so. They have to be regulated by independent outside bodies and properly fenced-in by tough new laws that will quickly be enforced and due penalties immediately levied.

That is the conclusion reached in the Committee's 449 page report. The mighty tome is less than half length of the the new 932 page-long Cormoran Strike whodunnit by J K Rowing, but it's nowhere near as easy or entertaining a read.

The basic upshot of the report is that Amazon, Apple, Facebook and Google have mutated from companies that "once were scrappy, underdog startups that challenged the status quo" to become "the kinds of monopolies we last saw in the era of oil barons and railroad tycoons."

They are now "gatekeepers" and stand accused of stifling competition, abuse of their dominant market positions, the setting and frequent dictating of prices, of inventing and applying their own 'laws' of commerce, including in distribution, services and trading, whilst doing everything in their mighty power to "command, to check, to overbear" Internet search, advertising and social networking and anything else they perceive as possible threats to their power.

The report recommends that the only remedy is to restore competition by breaking up the companies and bringing in much more restrictive and punitive antitrust legislation as current laws are demonstrably insufficient to keep them on the straight and narrow.

Introducing the report, Jerrold Nadler, the New York Democrat and Chairman of the Judiciary Committee, said, "Our investigation leaves no doubt that there is a clear and compelling need for Congress and the antitrust enforcement agencies to take action that restores competition, improves innovation and safeguards our democracy."

He concedes the tech giants have brought "clear benefits to society" in their wake but have now grown so big and unaccountable that they utterly dominate the market in their individual spheres and now "write one set of rules for others, while they play by another." He adds that they "wield their dominance in ways that erode entrepreneurship, degrade Americans’ privacy online, and undermine the vibrancy of the free and diverse press. The result is less innovation, fewer choices for consumers, and a weakened democracy."

However, and as usual, the committee is split on partizan party political lines as to how the Big Tech companies should be made to toe the antitrust line.

The Democrats want to see the companies "restructured" and for it to be made illegal for them to give preferential treatment to their own products, such as that routinely exercised by Google where web search results are concerned. They also want to change the antitrust laws to stop the tech giants from buying and then closing smaller companies they perceive as being serious potential competitors. Repeated such actions are frequently taken as prima facie evidence of breaches of antitrust laws.

There is also mention of "structural separation" of big tech companies into autonomous units. Well, that remedy has been tried with the UK's incumbent telco BT and its wholesale network provider, Openreach." It took forever in the face of fierce resistance on the part of the BT Group and has not been an unalloyed success.

On the Republican side, some members agree that anti-trust should be strengthened and more rigorously policed but balk at the notion of breaking up the likes of Facebook and Google, saying that such action would be "partizan." Four Republican legislators, headed by Ken Buck of Colorado, have even gone so far as to publish a dissenting report which says they won't accept a new status quo that could result in a range of consumer class action lawsuits being mounted against Google and its ilk. Neither will they countenance Big Tech being broken up, because that would be "the nuclear option."

So, a Rubicon has been crossed. The House Judiciary Committee, a powerful body indeed, has come to the overall conclusion that the business actions and antics of Amazon, Apple, Facebook and Google now actually militate against the best interest of the US as a nation and the rights of its citizens as consumers and private individuals. That is a devastating indictment and the tech giants, despite their immense wealth, reach and lobbying power will find it hard to beat the rap - in the long run anyway.

What they will do now is prevaricate, obfuscate, complain, fulminate, whimper, threaten, cajole and cry foul as they cast about for any strategic weapon or delaying tactic to put off what looks likely to be the inevitable. The oil barons and railroad tycoons had their day, Amazon, Apple, Facebook and Google are having theirs, but those days of dominance are now numbered, for good reason.

Nothing lasts forever. Empires rise and fall. Moguls and dictators come and go. The world spins and the House Judiciary Committee has just deeply undermined the foundations of hubristic organisations who believe themselves too mighty ever to fall.

"All around the decay of that colossal wreck boundless and bare, the lone and level sands stretch far away" -- Ozymandias, Percy Bysshe Shelley, 1818.