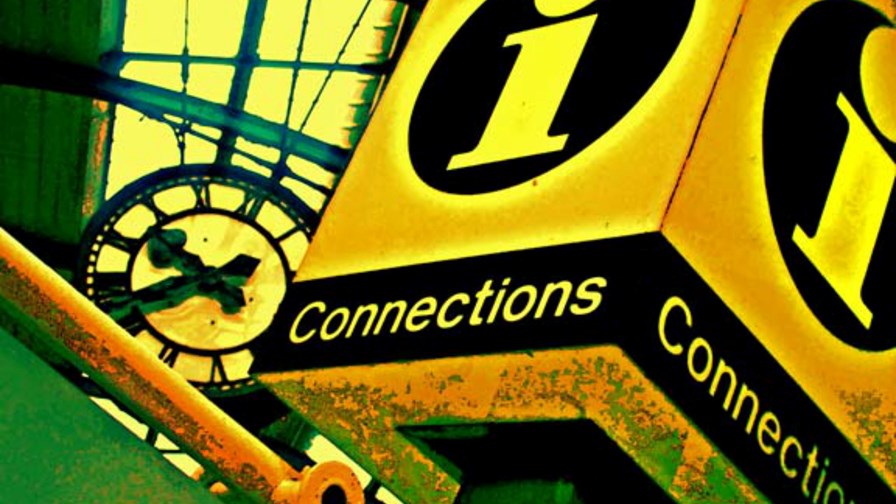 Equinix, which modestly describes itself as “the world’s digital infrastructure company” has just published its annual Global Interconnection Index (GIX Volume 5) which covers industry research forecasting how organisations use interconnection bandwidth and distributed infrastructure “to shape and scale the global digital economy.” Unsurprisingly, given the depredations caused by the global pandemic, the Index shows that Covid-19 has pushed economies into “digital overdrive”. Businesses and organisations are now implementing “digital first’ strategies four times more quickly than they did in 2019.

The Equinix Index says the accelerated pace of digital transformation will continue and further fuel even more rapid growth in interconnection bandwidth - which is the measure of private connectivity for the transfer of data between businesses and organisations. It is forecast to hit 21,485 Tbps, that’s 85 zettabytes of storage capacity per annum, by 2024. This equates five-year compound annual growth rate (CAGR) of 44 per cent. The remarkable increase directly reflects the increasing demand for digital infrastructure needed to bring more and more businesses online, promote and ease electronic integration with partners and supply chains and reach more people in distributed hybrid work environments.

As far as Europe is concerned, the Index also predicts that Amsterdam, Frankfurt, Paris and, (Brexit notwithstanding), London will be the prime European locations exhibiting the most interconnection bandwidth growth in three years time. Indeed, London, the biggest core metropolitan area of the four will grow at a CAGR of 45 per cent, year-on-year. It will be contributing 1,735 Tbps by 2024, that is almost three times more than Paris, and double that of both Amsterdam and Frankfurt, confirming the UK capital’s position as the main strategic interconnection hub for digital businesses wanting to compete on a global scale.

Russell Poole, the Managing Director of Equinix in the UK, said, “The latest version of the GXI reveals that UK enterprises see the rapid expansion of their digital infrastructure as a key priority in their recovery from the pandemic. There is now a real sense of urgency, with companies significantly accelerating their digital transformation to meet the increasing demand for the real-time transfer, storage and the processing of data. As a result, infrastructure deployment times are reducing from several years to just six months. It is now more critical than ever for UK industries, many of which have been hit hard by the pandemic, to implement a digital-first strategy to improve efficiency and develop new business revenue models that will aid their post-pandemic revival.”

What has happened and is still happening in the UK is that enterprises have worked so hard and fast to reduce the time taken to deploy digital infrastructure to multiple regions, expand to multiple edge locations and integrate multiple clouds, that what used to take two years is now accomplished in just six months.

And times are certainly changing, some 28 per cent of enterprise infrastructure globally deployed in carrier-neutral facilities has already moved to the edge to be in proximity to points of data consumption. Service providers too are moving to the edge and are deploying edge infrastructure twice as fast as they are their core infrastructure. This shift is allowing them to support ever-increasing demand from enterprises. Meanwhile, global digital leaders are now interconnecting with 10 times as many partners than they used to and are surfing the wave of digital transformation and enjoying best-in-class services from an ocean of service providers and partners.

The Global Interconnection Index tracks other growth in interconnection bandwidth across 12 industries and three regions for traditional companies, cloud native, service providers and even hyperscale providers. London is the top metropolitan area in Europe, the Middle East and Africa for nine out of the for nine of 12 industries measured in terms of interconnection. These include Cloud and IT Services, Banking and  nsurance, Securities and Trading, and Business and Professional Services. Manchester is the only other UK city included in the top ranks. It sits at fourth place in the Wholesale and Retail segment.

It is probably comes as no particular surprise to learn that in Europe and North America the financial services sector will deploy more than half of all enterprise interconnection bandwidth, while manufacturing is in second place. However, worldwide, the public sector, healthcare and life sciences, industrial services and transportation industries are forecast to demonstrate the fastest growth in digital infrastructure. Interconnection bandwidth for these sectors is expected globally to grow at a CAGR of at least 48 per cent until 2024. The Index says these industries that previously were well behind the curve where interconnection adoption was concerned are now at the top of the growth rate leaguer as a direct result of reactions to Covid-19.

As Claire Macland, senior VP of marketing at Equinix points out, “While COVID has forced businesses to innovate in many ways, by both expanding existing and introducing new digital services, the infrastructure underpinning these services must keep pace” [that’s why] “savvy businesses are now moving four times faster than pre-pandemic levels in deploying this necessary digital infrastructure.”

It is bright spot of good news in a time of continuing gloom.