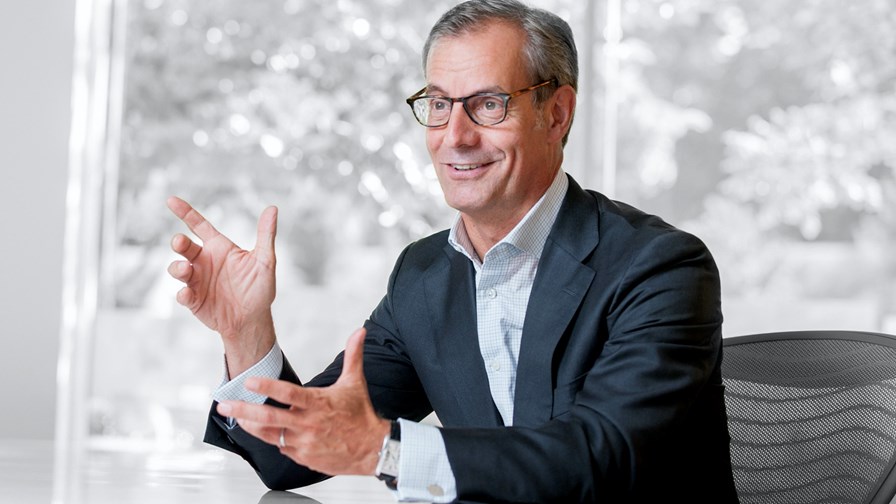 It’s been a tough 18 months for many companies in the telecoms sector and some have managed to weather the storm better than others: Ciena has performed better than most, reporting consistently improving financials and this week announcing its highest ever quarterly revenues, at $988.1 million, with President and CEO suggesting there’s even better to come as network operators gain the confidence to invest further.

“Industry and economic conditions have improved noticeably” in recent months, noted Smith during the vendor’s earnings conference call this week. “Service provider spend globally continues to improve, and our customers’ network investments and operations are normalising,” he added. As a result, Ciena is forecasting revenues of more than $1 billion in its current quarter.

“We are taking full advantage of our leading position to address the opportunities that are driving network investment, including capacity adds to address bandwidth demand as a shift to the cloud with new architectures and network builds intense focus on edge applications. And obviously [there is] the need for network automation, as well as Huawei replacement opportunities within the strong demand environment,” noted the CEO, who once again identified India and Europe as the markets where Ciena is set to benefit from a cut in operator spending on Huawei optical network equipment, though he cautioned that such opportunities take a long time to materialize.

Smith also noted that Ciena’s order book is strong and is now creating a backlog: But this is where things get a bit tricky, because like every other company that sources multiple components, including chipsets and subsystems, to put together the systems that are sold to network operators, Ciena is feeling the impact of the global chip shortage that is set to bedevil the industry for some time yet.

“There remain global and industry wide supply chain constraints” to which Ciena is “not immune, particularly if supply challenges persist. And as has been widely reported conditions have somewhat deteriorated, and are posing headwinds for Ciena, including difficulty to fully address demand. We have also seen some expansion of our lead times and some increased costs... We believe these challenges will likely persist through at least the middle of calendar 2022,” noted the CEO.

The end result of this has been that Ciena has not been able to complete some of the orders that, under normal supply chain circumstances, if would normally have fulfilled, though Ciena executives noted the business wouldn’t be lost and that the value of the orders impacted was relatively small compared to total orders and sales (valued in the low tens of millions of dollars).

Those supply chain issues are impacting all suppliers of physical network elements, of course, and that’s still the vast majority of Ciena’s business as it supplies metro, long-haul and data centre interconnect systems to telcos (AT&T and Verizon are both 10%+ customers), cable companies and hyperscalers. But Smith is enthusiastic and bullish about the growing software part of Ciena’s portfolio, particularly Blue Planet, which delivers orchestration and automation functionality to network operators.

“The Blue Planet software business continues to enjoy strong momentum with our adaptive network vision that is well aligned to network operators’ automation priorities. With increasing customer engagements, we continue to win new significant deals, resulting in quarterly revenue growth of 47% year-over-year” in the fiscal third quarter to $16.6 million, noted the CEO. “We expect to deliver a strong fiscal 2021 for Blue Planet, likely towards the high end of the $65-75 million annual revenue range we previously provided.”

And of course Ciena is adding to its software portfolio with the acquisition of the Vyatta virtualized routing and switching capabilities from AT&T, a move that won’t move the needle on sales but will add about 60 experienced network software engineers to the Ciena headcount. (See Ciena to acquire AT&T’s virtual routing unit as revenues ramp further.)