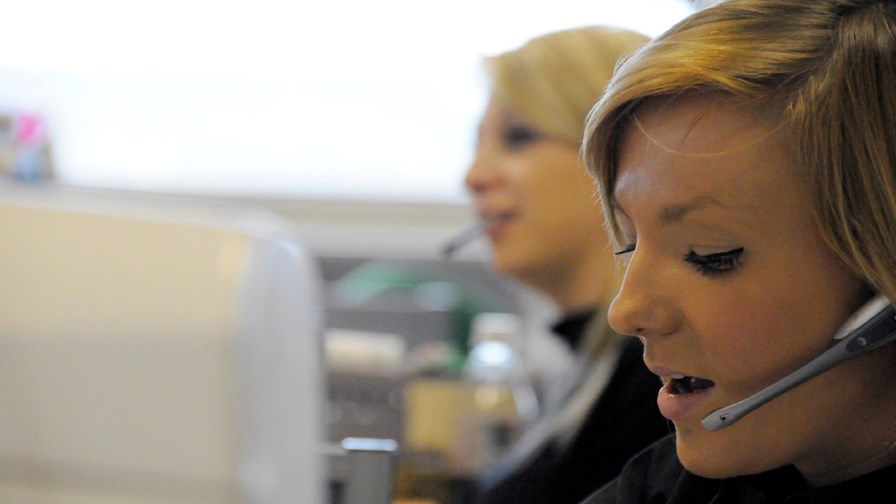 Top of the list of gripes that most consumers complain about the most is their interaction (or lack of interaction) with call centres. They are almost universally reviled for their many inadequacies, and quite rightly so. Never popular, the fundamental technical flaws and relationship management shortcomings that bedevil call centre operations and endlessly antagonise those that are forced to use them, have long been major problems that have actually increased in severity over the years. Indeed, it seemed it couldn't get much worse for the sector, but it has. Covid-19 and the global pandemic it brought in its wake could signal the end of traditional phone-based call centre as we know it.

So says a new report from goMoxie, the US-based marketing solutions agency and provider of technology-led customer engagement software that "allows companies to transform the ways consumers interact with their brands." In "4 Reasons Why Call Centers Were Already Collapsing - Even Before COVID-19", goMoxie's VP of Product Management, Nikhil Govindaraj, outlines the main reasons why call centres that are reliant on phone-based support systems and personnel simply don't work properly any more.

Reason One is that call centres can quickly be pushed to breaking point, as evidenced by the deluge of pandemic related inquiries that have, since March, utterly overwhelmed call centres. He points out that while they were all too easily pushed to the point of grinding to a halt in the years before the Covid-19 outbreak they are now in a state of existential collapse. Long call waiting times, tortuous user-unfriendly and unresponsive "voice response" systems, overworked agents, poor technology unable to cope properly with routine peak level demand never mind any sudden upsurges were the norm before the "new normal". Now something has to change.

For years on end, on any day of the year callers routinely have been forced to listen to recordings of excuses claiming that "our lines are unusually busy" when they were actually just usually busy but understaffed and operating with creakingly inefficient old systems. The fact was/is that systems can't cope with "usual", never mind the "unusual", Then there are all the lost records and call logs, cut-off calls and the routinely broken promises that "we'll call back straightaway." Generally, call centre services have been abysmal but now they have descended to and are stuck in the technological and CRM equivalent of the impenetrable morass at the bottom of the Marianas Trench.

Reason Two is that call centres actually create opportunities for communications breakdowns. A recent Harvard Business Review report concluded that both consumers and agents involved in a phone exchange are more likely to claim "I can't understand you" during the course of a call than on any other form of support channel. The result is that the passing of a call further up the management chain (and what that means in terms of dropped, lost or hung-up calls, customers having to repeat their requirements to another agent after having waited what can be an hour or more to get through in the first place and so on) is up by an astonishing 68 per cent. How inefficient is that?

Reason Three is that the traditional call centre was, from the outset, designed to operate within a tightly, often rigidly-controlled, static, hugely hierarchical office-based management and software system. They quickly grew to become lumbering, sclerotic beasts unable quickly to adapt to changing circumstances and demands whilst experiencing massive staff turnover. Continuity became difficult but having agents work from home was anathema because 'management' perceived the option to be difficult to manage (and thus a threat to their prestige and jobs).

Reason Four is that traditional call centres, by their very nature, are crowded, pressured places and workers in them often transitory. These monoliths are even more of a liability when huge events such as Covid-19 hit them because it is almost impossible to maintain even a basic level of service whilst obeying a social distancing regime. In other words, call centres themselves can become hazardous to work in, which is why so many call centre workers now work from home even as call volumes are higher than they have ever been.

goMoxie sees the solution to the problem as digital transformation and automation. The report stresses, "In reality, the collapse of phone-based support is neither new nor temporary. Even before the pandemic began, there was ample evidence that the channel just can’t meet the needs of modern businesses or their customers. As companies scramble to adapt to today’s challenges, they should also be looking ahead to better days - and finding better ways of doing business for the long run."

The phone fails but can automation and digital transformation succeed?

So, what's to be done? Is the answer digital transformation? It certainly is for the global telecoms industry at large but how could the call centre sector effect the necessary changes, and how quickly? It looks as though working from home will be the "new-normal" for swathes of workers who hitherto have been office-based and office-bound, certainly for the short-term and possibly permanently. Given that, call centre companies will have to make some necessary and perhaps costly changes to their increasingly moribund systems.

I mean, has anyone tried that wonderful alternative to the human call agent, the chatbot? What a joke they are. Designed to churn out platitudes and useless "information" in an effort to keep users engaged when they can't get through to a real person and keep them going until they finally give up in boredom and exasperation. You really might as well try to debate quantum cryptology with a marmot - and the responses might be more informative. And then companies wonder why brand loyalty is on the wane.

There's a lot to be work to be done with digital replacements if companies are ever to spare customers the blood-pressure-raising inconveniences of phoning a call centre. There are good systems out there that can "provide proactive, automated guidance in the context of the online experience can make it easier for people to get information, complete transactions, and avoid the kind of difficulty that leads them to seek support."

The trouble is that currently they are few and far between. However, that situation should, must, improve in due course and it seems likely that Covid-19, vile though it is, will kick-start much needed changes in customer satisfaction and other and new systems that should reduce the number of phone calls to a call centre that must be made to resolve a situation or problem.

Digital self-service tools can help free agents from the remorseless routine of answering endless, continual calls and allow them to handle fewer, more important ones more quickly and efficiently. Some companies have embraced the trend to the what is euphemistically called the "guided economy," and are applying digital tools to anticipate and address customers needs proactively rather than sitting back and waiting for them to ask for help - help they often cannot get even after holding on line for hours on end. It's a start but others must quickly do the same.

Traditional phone-based call centre support has long been in an uphill struggle to meet the demands of an increasingly digital world. Covid-19  shows they have lost the battle. If they are not to lose the war they have to change. If they do, their customers will thank them for it. If they don't, they'll guide themselves as far as their economic activities are concerned and take their custom and cash elsewhere.