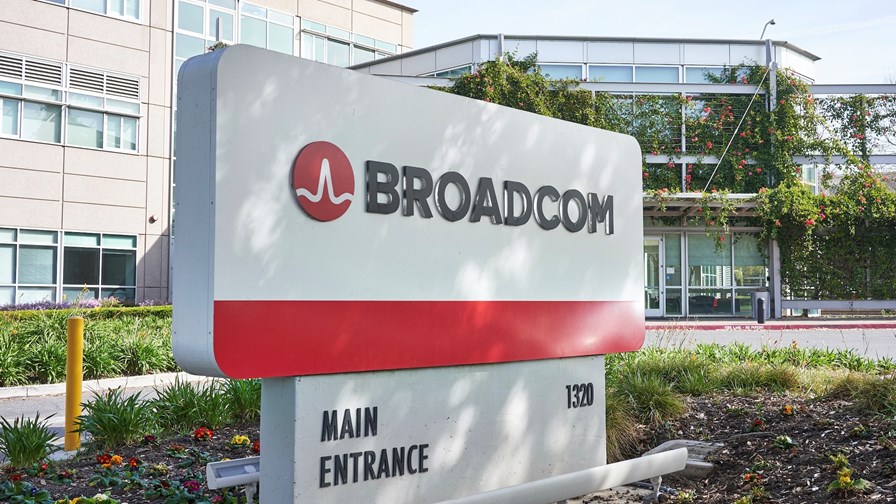 In a move that could reshape the networking technology sector, chip giant Broadcom is reportedly set to make a $50 billion takeover offer for cloud networking software giant VMware, according to Bloomberg and other business media firms.

Broadcom has already diversified from its traditional chip portfolio (wired, wireless, optical, storage) in recent years with the acquisitions of the enterprise security division of Symantec for $10.7 billion in 2019 and of enterprise IT management software specialist CA Technologies for almost $19 billion in 2018.

Now, it seems, it’s in talks to snap up VMware, one of the most important enablers of virtualized cloud networking for enterprises and network operators. The reports suggest talks are underway between the two parties but that a takeover offer has not yet been formally made.

Not surprisingly, news of the potential deal lit a fire under VMware’s stock: It closed Friday trading at $95.71, giving VMware a market valuation of about $40 billion, but in pre-market trading on Monday the stock gained more than 20% to $115.40, taking its value into the ballpark area of the rumoured offer.

Also not surprisingly, the reported $50 billion price tag sucked some life out of Broadcom’s share price in pre-market trading as it dipped by 5.4% to $513.84, though that would still make it a company with a market value of more than $200 billion.

The big question for the industry about such a combination is whether it would benefit the end users of either party and, of course, it would take a formal offer and a statement of strategic intent to find out what Broadcom might have planned.

From a purely business perspective, this might be a good time for Broadcom to make such a bold move as the chip sector is buoyant and profitable for those at its heart. In March the company reported a 16% year-on-year rise in fiscal first quarter sales to $7.7 billion and almost doubled its net profit to $2.47 billion, so at that run rate it’s a $30 billion-plus annual turnover company. In the first quarter, its chip products generated 76% of sales, while ‘Infrastructure software’ delivered the remaining 24%.

VMware is also a growing company. For its full fiscal year that ended 28 January, it reported revenues of $12.85 billion, up by 9% compared with the previous fiscal year, and an operating profit of almost $2.4 billion, flat year-on-year as the company ramped up its R&D and sales and marketing efforts.

So buying VMware would give it a growing and profitable addition that would boost its annual sales by about 40%.

But there seems little doubt that Broadcom wouldn’t be buying VMware just for its standalone sales and earnings potential: The chip firm would undoubtedly be seeking ways in which to capitalize on what is generally referred to as the ‘digital transformation’ of the enterprise, network operator and cloud platform/data centre sectors, all of which are seeking ways to become more virtualized, automated and distributed entities that can thrive in a world that is hyper-connected and increasingly reliant on cloud-based functions and applications.

Large corporate integrations are tough to execute, as all large companies know, but Broadcom might be confident of pulling off such a combination having swallowed Symantec and CA in recent years.

Of course, with VMware’s future growth potential, news that Broadcom is interested might be the catalyst for others to weigh in – a bidding war for VMware should not be ruled out if it deemed to be up for grabs, and it seems investors might be thinking the same.