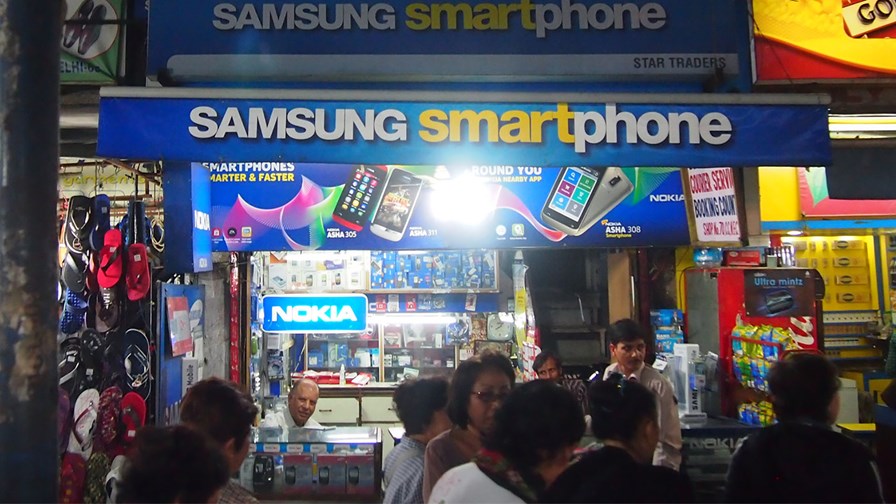 Prepare yourself for a shock: China is no longer the most dynamic smartphone market in Asia. According to new research from IDC, the China market showed only a 1 per cent growth in Q3 from the previous quarter, whereas India recorded 22 per cent growth. Overall, the smartphone market in Asia Pacific excluding Japan (APEJ) posted a modest 6 per cent Quarter-on-Quarter growth in Q3 – a result, says IDC, of its largest market, China, having seen “the last of the heydays of heady growth” in the smartphone sector.

Kudos to India then, with 23 million units shipped in the quarter. Local vendors, particularly Micromax and Lava, gained most from increased shipments of smartphones in the $100 category with 4.5 to 5-inch screens. As a result, Micromax has extended its leadership in India and now claims a 20 per cent share in the India smartphone market.

Other emerging countries in the region – in particular, Thailand, Philippines and Indonesia – also showed high growth rates and together shipped 23 million smartphone units in Q3.

IDC is projecting 642m smartphones sales in the region for the full year 2014, with emerging markets accounting for an incredible 91 per cent of this total; an annual growth rate of 32 per cent. Contrast that with the mature markets in the region, which IDC says will only exhibit 0.6 per cent growth year-on-year (these include Australia, New Zealand, Korea, Singapore, Hong Kong and Taiwan). Looking ahead four years, IDC says this trend will continue. Total shipments by 2018 should be around 975 million, with emerging markets accounting for 94 per cent of the total.

Overall, says IDC, local regional and especially Chinese vendors have gained at the cost of global vendors. The impact was more pronounced in south-east Asia where global vendors’ share dropped from 62 per cent in Q3 last year to 43 per cent this year. Tier-1 Chinese vendors have extended their reach outside of the domestic market and their shipment contribution from APEJ countries, excluding China, has increased over the past few quarters.

“The local vendors have leveraged their strengths and understanding of the local market, coupled with aggressive marketing to grow their scale in the sub-$100 segment,” said Kiranjeet Kaur, Senior Market Analyst of Client Devices Research at IDC Asia/Pacific. “On the other hand, the Chinese vendors have been more focused in the price segment $100-$200, are also trying to differentiate through concerted moves into the mid-range to-high-end segments.”

Whilst Samsung still tops the smartphone charts for the APEJ region with a 16 per cent market share, its year-on-year growth fell by 20 per cent and there was no change from the previous quarter. Clearly, Samsung has a major job on its hands to stem this decline. China’s Xiaomi was naturally the big winner, with 210 per cent annual growth and it now accounts for 10 per cent of the total market. Lenovo and Huawei are close behind, with OPPO also showing triple-digit annual growth to claim fifth spot.

"In mature markets, we expect large screen iPhones to be the key driver, while in emerging markets, budget phones on Android operating system in the 5.5 to 6-inch category are expected to have a strong growth momentum,” added Kaur. “Even as 7-inch voice-calling tablets are gaining traction in the emerging markets in the region, the more ‘mobile’ phablets will continue to gain momentum, as we have yet to see a significant proportion of consumers who buy the voice calling tablets actually using it as their primary phone.”