Has Ubuntu missed the smartphone party? 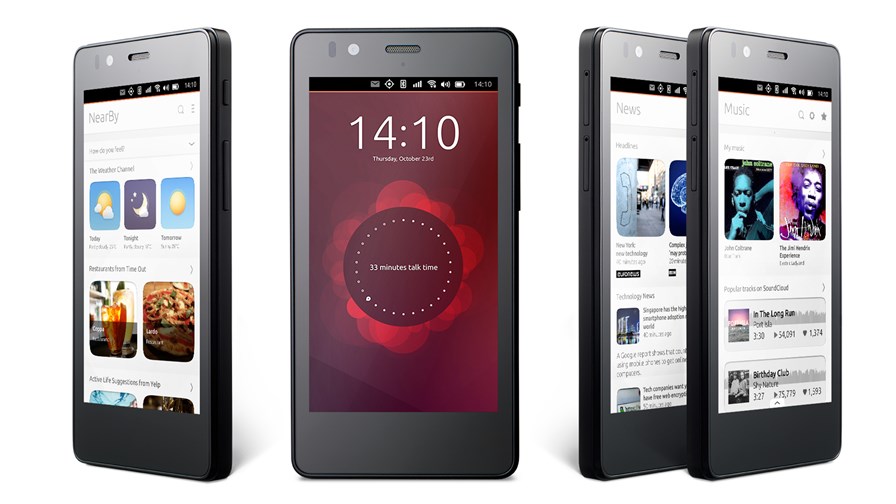 A couple of years ago, there was much talk about a new wave of open OS platforms for smart devices, as an operator-friendly way of countering the growing influence and power of the big OS owners and OEMs. Whether that be Apple with its no-compromise pricing rules and closed app ecosystem, or Google and its OEM partners with their various Android offerings. Mobile operators were beginning to feel a little under valued.

Then along came Mozilla, Canonical and Jolla, with promises to create open operating systems for smartphones and tablets. But whilst Mozilla has successfully ported Firefox to mobile devices, and struck up plenty of operator deals in the process, and Finnish start-up (and ex-Nokia engineers) Jolla have launched Sailfish for phones and tablets, the development of a smartphone from Canonical (that runs the popular Linux-based desktop OS Ubuntu) has been a long time coming.

On Friday, Canonical announced that the first Ubuntu smartphone would be available in selected European markets over the next few weeks. The Aquaris E4.5 Ubuntu Edition (surely the most consumer unfriendly product name yet seen in mobile) will be sold by Spanish firm BQ for €169, although only available in limited numbers via a series of “flash sales”.

“The launch of the first Ubuntu smartphones is a significant milestone,” said Jane Silber, CEO of Canonical. “The new experience we deliver for users, as well as the opportunities for differentiation for manufacturers and operators, are a compelling and much-needed change from what is available today.”

The Aquaris is an unlocked dual SIM device with a 4.5-inch screen and 8GB of internal storage, running on a MediaTek Quad Core A7 processor at 1.3GHz with 1GB RAM. Canonical has announced that 3 Sweden, amena.com in Spain, giffgaff in the UK and Portugal Telecom will all be offering SIM bundles at purchase for buyers in those countries.

“Ubuntu gives us another fresh new way to provide even more options for our valued and engaged users to choose from,” said Mike Fairman, CEO of UK PAYG service provider giffgaff.

Being HTML5-based, the Ubuntu OS can run a wide range of web applications. It also features the company’s Scopes UI solution, which Cristian Parrino, VP of Mobile at Canonical, says provides developers with an easy path for their apps to be integral to the device experience, guiding users to content they want, “significantly changing ecosystem dynamics”.

“We’ve developed HTLM5 applications for other mobile platforms, which have proven successful among users,” said Enrique Borras, CEO of developer Fiabee. “It’s been really easy to get those apps ready for Ubuntu because it supports mainstream HTML5.”

So far so good. But cast your minds back two years and compare this launch with Canonical’s original plans. When TelecomTV spoke with the company at MWC in 2013, its plans were far more ambitious – it envisioned a mobile experience that seamlessly integrated with desktop use, and even smart TVs. One OS that would cause phones to act and feel like desktops when plugged into a monitor and keyboard. The same applied to tablets. It would tap right into its desktop developer ecosystem.

This capability has apparently now been pushed back to some indeterminate future date. This is slightly better news than the other revolutionary feature we were promised – being able to run Ubuntu on existing Android devices – which has now been abandoned due to it reportedly not having the support of the telecoms industry. In other words, no Android OEM was ever going to allow that.

In November 2013, Canonical tried to pull off a massive Kickstarter coup, raising $32 million to develop and launch the Ubuntu Edge smartphone. It did achieve pledges of almost $13 million though, and said that “the support and publicity has continued to drive our discussions with some major manufacturers”. Apparently it didn’t drive those discussions far enough, hence the partnership with a small Spanish firm best known for making eReaders.

But before we dismiss Ubuntu as being irrelevant in mobile, consider that Canonical has made the open-source platform a market leader in PCs and cloud (it’s used in 80 per cent of production OpenStack cloud deployments worldwide), and have strong expertise in SDN orchestration.

Does any of this matter for mobile devices? Perhaps not yet, but by the time 5G networks roll out and the IoT has amassed its 50 billion devices, then we’ll be looking at a radically altered communications environment. And Canonical is already pushing Ubuntu towards the IoT with its Core programme, which has just been endorsed and supported by the new Raspberry Pi.

Those willing to take long-term bets may yet see their investments pay off. This race is a marathon, not a sprint.