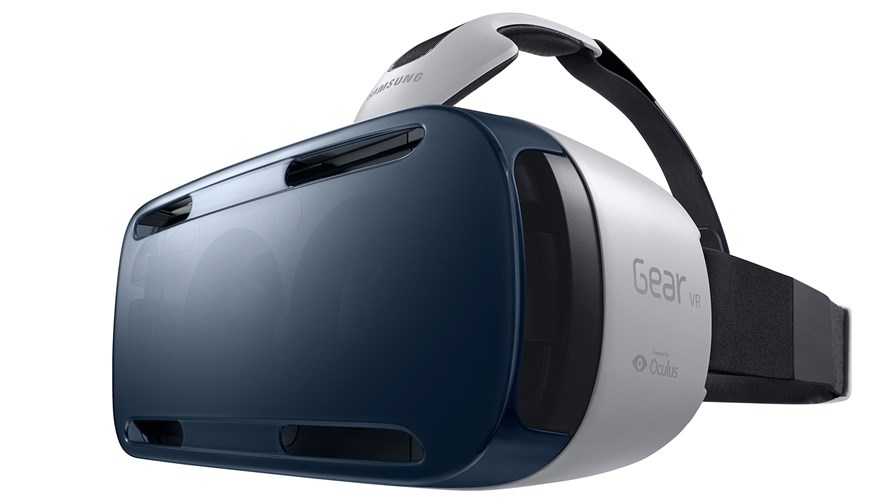 Remember the criticism of Apple under the late great Steve Jobs? It was said that he instilled a reality distortion field around the company and its products. Audiences of his famous keynotes would be whipped into a frenzy and experience a distorted sense of proportion and scale over new devices and services, and employees would be convinced that they could achieve anything, such was his charisma and bravado.

It looks like Samsung is now creating its own reality distortion field, albeit a virtual one at this stage. In advance of the IFA consumer electronics show in Berlin, which is fast becoming the number one venue for European product launches, Samsung unveiled a raft of new products.

True to form, Samsung is saturation-bombing the smartphone and wearable sectors with multiple products, making sure they keep coming thick and fast. We had the Galaxy Note 4, a 5.7-inch phablet with more pixels than you could dream of; a new S Pen stylus range, including two designed by Mont Blanc; the Galaxy Note Edge, which looks like the Note 4 but has a split screen design and is curved; and a Gear S Tizen-powered smartwatch.

Phew. Quite a haul, and far more than Apple would dare to cram into one announcement. But wait, just one more thing… How about a virtual reality headset to round off proceedings? The Gear VR is a wrap-around headset/goggles/eyewear (do we have a common name for these devices yet?) designed in partnership with the now Facebook-owned Oculus. But the main difference between it and the Oculus Rift is that it needs a separate device to serve up content – specifically, the newly announced Galaxy Note 4.

You pop your Note 4 into a front slot in the headset, and the in-built lenses of the Gear VR use the HD screen of the Note 4 to serve up immersive 3D content. Great for gaming enthusiasts, but also pretty useful for video content – so long as apps and content are made available, otherwise it’ll be an expensive waste of money.

Just how expensive is unknown. A tentative release date is set for “later this year”, but pricing is strictly under wraps.

“This is something that is not ready for mass market consumers, but it will be soon, and as it is, and as it rolls out, you’ll start to see more devices powered by Oculus over the next few years,” Oculus Rift CEO Brendan Iribe told TechCrunch. “A decade from now, or even less than a decade – five, seven or eight years from now, I think you’ll see a lot of devices powered by Oculus available across both mobile and PC.”

It’s one more attempt for Samsung to show that it is more than just an Android OEM. It’s no secret that the company wants to reduce its dependence on Google and its Android OS, and quite right too, it makes a lot of financial sense. But it is struggling to produce a viable smartphone powered by its in-house alternative OS, Tizen. So far, it has been forced to restrict Tizen to its smartwatch range, rather than use the rival Android Wear.

The partnership with Oculus is another example of Samsung widening its collaboration. It is assumed that this relationship started before Facebook acquired the company, but the interesting factor now is will Samsung continue to develop connections with Facebook? Might we see stronger Facebook integration and services?

You only have to look to the Samsung App Store, which was relaunched as the more focused Samsung Galaxy Apps store in July. Whatever app you need for your Android-powered Samsung Galaxy smartphone, you can pretty much find a Samsung-only version.

Key to its success though is user awareness and trust. Why use this store when there’s a perfectly good alternative in Google Play, which, incidentally, has far greater choice and has been around far longer? Moving the team from Korea to the US ‘Mobile Solutions Centre’ was the first major push by Samsung to improve the Apps Store, next is to improve the apps themselves. "We intend on upping our game," said John Pleasants, head of the MSCA. "It's gotten significantly better and it will continue to get better."

And why is it doing this? Because Samsung Electronic’s profits are suffering. After years of growth and dominating the Android sector, it is under increasing pressure from low-end and mid-end rival OEMs, especially in China and India. In Q2, its operating profit fell to a two-year low. Obviously something needs to change.

For too long, Samsung has relied on bombarding the market with mobile devices, aimed at every price point and in every conceivable variation. Its reality distortion field convinced buyers and analysts that it ‘owned’ the Android sector, with the biggest and the best range of devices. But that field is now starting to break down. There were serious flaws in Samsung’s strategy, unrelated to the actual quality of its products. Whether virtual reality will help the company fix its image, or Tizen, or a forked Android, or its own apps and service, remains to be seen. But it needs to fix it right now.