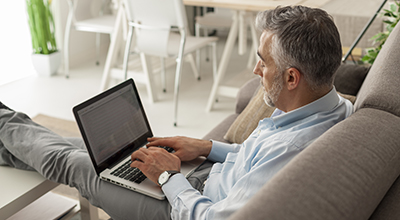 LONDON, October 16, 2019 — Shipments of wearable devices in Europe grew 154.4% year over year to 13.4 million units in the second quarter of 2019, according to data from International Data Corporation's (IDC) Worldwide Quarterly Wearable Device Tracker. In 2Q19, earwear accounted for 52.3% of shipments in the region, followed by watches (26.7%) and wrist bands (20.7%).

The top 5 countries in the region in 2Q19 were the United Kingdom, France, Germany, Russia, and Italy, with Russia growing at a faster pace year over year than the Western countries. The Eastern European region grew at 215.9% while Western Europe grew 144.9% from 2Q18. Western Europe still represented up of 80% of shipments in the region.

"Earwear brands continue to modernize their portfolios by including more connected products. This enables them to know more about and engage more with their customers than ever before," said Francisco Almeida, senior research analyst for wearable devices at IDC. "Knowing the customer profile and having a broad installed base enables better development of future product lines and a sustainable services strategy. That has been a recurrent theme across all form factors in the wearables market."

"Smart wearable devices like watches and wrist bands offer interesting use cases for the connected consumer, including the smart home owner," said Jiří Teršel, senior research analyst for Systems and Infrastructure Solutions at IDC. "There is still room for vendors to educate different consumer segments about smart wearables/smart home synergy. Even some experienced users don't know everything that's possible. When devices are properly deployed, users should almost forget that automation exists."

Earwear continued to register outstanding growth year over year at more than 400%. Apple takes the lion's share of the market, and strong brands in the audio space continue to introduce new products and devote more marketing efforts to the category — helping the device to become the "new normal" for consumers.

Watch shipments grew 18.3% from 2Q18. The notable difference is in the mix between basic and smart wearables, with basic representing 26% of watch shipments, up from 22.8% in 2Q18, at a time when some of 2018's leading players in the basic space are migrating to smart wearables, namely Fitbit and Garmin. Huawei has been the main driver behind the surge in basic watches.

Wrist bands registered strong results, with shipments growing 222% in Europe. Added to continued strong performances from Fitbit, Xiaomi, and Huawei, the entrance of Samsung in the space with the Galaxy Fit and Galaxy Fit E at customer-friendly price points also helped to drive the wrist band market in 2Q19.

IDC expects the European wearables market to reach 72.8 million units in 2020, with earwear accounting for most of the units shipped (50%) followed by watches (33%). Total market value in 2020 is expected to reach $14 billion in Europe.