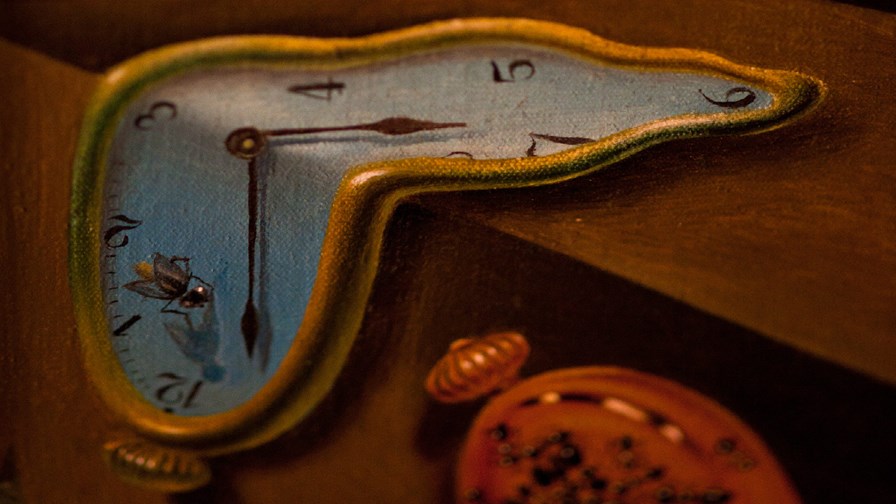 The silly season drags on… and on. It's the time of the year when tech news is in short supply and PR companies lob out anything in the hope that even the most minor release will be picked up and turned into a story. So here's one such that plopped soggily onto TelecomTV's virtual doormat this morning.

It is an announcement about a sneak peek at a new wearable technology device (no names, no pack drill) that will be launched in the near future at one of the big consumer electronics shows that Apple is too arrogant to attend.

The substance of the press release is that a new Android wearable device will soon be unveiled. That's fine, factual and to the point. So is the accompanying technical detail showing that the watch is powered by a 1.2GHz processor and has 4GB of storage and 512MB of RAM and a decent battery It is is dust and water resistant and, like a Ford Tin Lizzie car of the 1920s, comes in any colour the consumer likes, as long as it's black.

So far so good, but then the announcement descends into the sort of overblown marketing twaddle that gives journalists a laugh in the pub of an evening, but a bilious attack when reading it in the cold and sober light of day.

For example; the device "delivers essential and relevant information exactly at the right time and place". Yes, well, it would do wouldn't it? Isn't that what wrist watches are supposed to do? Isn't it their primary purpose and the reason for their very existence? It wouldn't be much good if it provided utterly inessential and irrelevant information at exactly the wrong time and place, would it? There's not much point in consulting your watch to find that it's midnight on the last Thursday in February in 1953 on Rockall, now is there?

And then comes this excruciating buttock-clenching example of creative writing. "With an artisanal elegance, the watch has a refined aesthetic that is reminiscent of traditional timepieces."

"Artisanal" means pertaining to or identifying a person skilled in an applied trade such as bricklaying and carpentry while "A refined aesthetic" (an exquisite subjective sense of the beautiful) actually shows that someone has over-dosed on Roget's Thesaurus. Meanwhile, "Reminiscent of traditional timepieces" means that it looks like an analogue watch - which it does.

And then comes this risible monstrosity: "Replete with a circular watch face…" Replete! Ye Gods! Replete actually means 'abundantly supplied with' and usually refers to satiation with drink or being surfeited with food.

In 1135, King Henry I of England, the youngest son of William the Conqueror (of 1066 and all that) died of "a surfeit of lampreys". That is to say the greedy monarch gorged himself to death on a bloody great fish pie. He was replete alright - and as dead as a doornail. - the watch face though isn't replete it just comes with one to make it usable.

Meanwhile, you'll be glad to know that the aforementioned watch also has a "durable stainless steel frame" rather than one that rusts through in a week or two and even more pleased to learn that the strap "complements its overall aesthetic (yes, it's that word again) giving it an air of modern prestige."

Prestige, be it ancient or modern, is defined as a widespread and justified admiration and respect for someone or something on the basis of a perception of achievement and/or reputation.

The company that is manufacturing the device can have prestige, the watch can't; it hasn't been launched yet. It might have garnered some prestige by this time next year, but by then it will also be old-hat and probably have been replaced by a new model the launch of will probably be replete with a surfeit of even more florid artisanal aesthetic verbiage - or BULLSHIT as most of us call it.