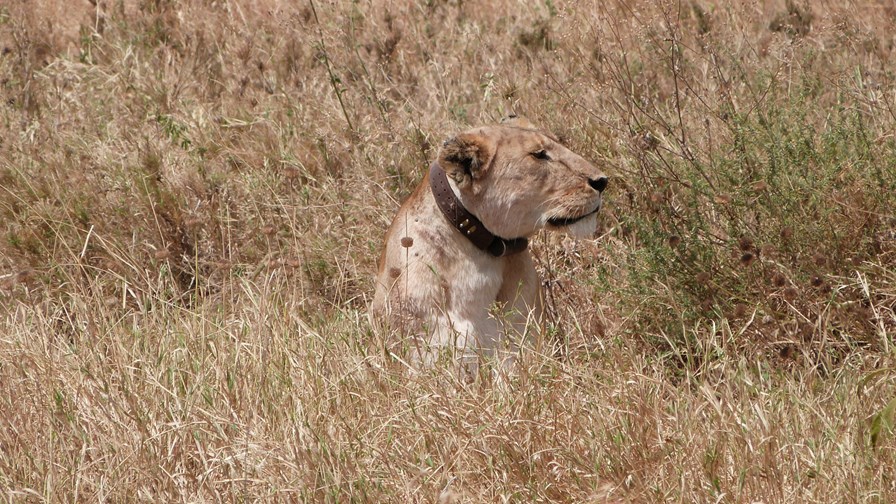 It might sound like a joke but according to a new report, "Wearable Technology for Animals, 2015 - 2025." from research and business intelligence organisation IDTechEX, the market for such devices and systems will be worth US$2.6 billion within the next ten years. It gives a whole new twist to the old adage about the best laid schemes of mice and men - and could show for once and for all that makes sound sense always to look a gift horse in the mouth.

It seems like a mere twenty years or so ago that one of my esteemed colleagues, during the course of an editorial brain-storming session helped along by a glass or two of Moose Drool Pale Ale, came up with the revolutionary idea of high-tech electronic "Pleasure Pants" for the sexually frustrated and oft bewildered. Oh, how we laughed. Oh, how wrong we were.

These days wearable technology is all the rage and even I, Luddite though some may call me, have been charmed by and have bitten at the shiny lure of techno togs and devices such as the FitBit. It'll be you next. This year's CES exhibition in Las Vegas showed that wearable technology, for so long so dorkish and embarrassing, is about to go mainstream and become genuinely fashionable. (I exclude Google Glass wearers from the 'newly fashionable' category because… well, they just never will be).

So, some of the biggest companies on the planet are in a frantic competitive race to design and introduce wearable technologies that consumers will find irresistibly compelling. With some techno togs already out there and a slew of new ones expected to be introduced before the end of the year, scientists (mad and otherwise) marketers (over-imaginative or otherwise) and vendors (greedy or otherwise) are already casting about to find the next "big thing" after wearable technology for humans becomes the norm and they have lighted on - yup, the animal kingdom!

Separating the sheep from the goats

It sounds barking (boom! boom!) and the subject is obviously wide-open to lampoon and satire, but on closer inspection wearable technology for animals could have considerable utility and be massively beneficial to the human race - not least because wearable devices will be able to track, identify, observe, monitor behaviour, record, and identify, medically diagnose and even treat the health problems of a wide variety of livestock, other animals - and even insects such as bees.

At the moment, the most common use of wearable technology is RFID tags on cattle, sheep and pigs and subcutaneous identity chips and/or non-RFID collars on dogs (working animals  or domestic) as well as cats and other pets - as well are rare and exotic wild animals, birds, fish and various endangered species. As well as touching on the needs, technologies and markets for wearable electronic devices for animals the report also examines alternative solutions such as systems and devices that are actually ingested and designed to remain in an animal's stomach.

It seems some 300 companies are presently engaged in making RFID and non-RFID devices and systems for use with, on, or in animals and livestock. Many of these enterprises are based in sChina (where the cheapest products originate) while others are in North America, Europe, Asia and Australasia. Most wearable technology devices are deployed in the US and Europe while Australia - where RFID tagging of animals is mandatory - is in third place.

The IDTechEX report forecasts that there will be more than 500 manufacturers of wearable technology for animals by 2020 and that the market value of the sector will almost triple by then. It also foresees that by 2025 the tagging of livestock will still be the most widespread and commonplace use of the technology, but, by that time it will have been enhanced to include new applications such as medical diagnostics via remote monitoring.

Basically, with the introduction of wearable technology, animals actually become nodes on the Internet of Things (IoT) and the IDTEchEX research finds that between now and 2025 spending on medical diagnosis devices for animals and livestock in terms of the value of market share will increase by 12 per cent, rising from 11 per cent today to 23 per cent by the end of 2025.

Meanwhile medical treatment, such as ultrasound and drug delivery systems, together with associated health-maintaining measures such as the provision of heating and cooling, will rise from the one per cent of market value it has currently to 13 per cent by the same date. The report adds that over the next decade some RFID tagging will be subsumed into other diagnostic technologies and wearables such as collars, implants and stomach boluses.

As humans, we own, farm, manage, slaughter, process and have a swathe of legal responsibilities to and for some 22 billion animals and livestock. As the global population continues to rise it will become harder and harder to feed everyone on the plant and we will need all the technological help we are to prevent mass starvation and huge social upheaval and unrest. The notion of wearable technology for animals does bring an easy smile to people's faces but beneath the inevitable humour a serious subject lurks - one that will get more serious as time goes on.

Now, if you'll excuse me, the ferrets meeting in my trousers tell me I have to go and see a dog about a man.