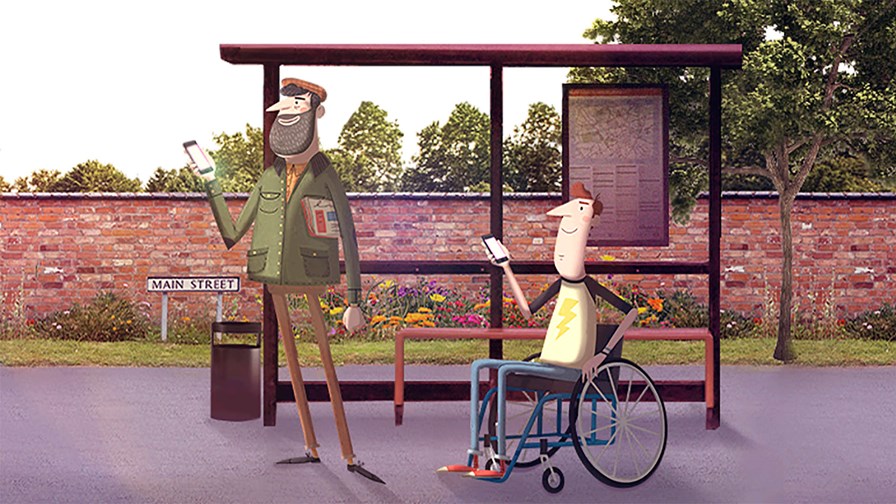 Mobile money is on a bit of extended wheel-spin. It’s one of those applications that sounds great to people from a distance but loses its sparkle the closer you get: that’s when potential users often start asking themselves ‘‘Why..?’  and ‘Isn’t this just...?’.  As in: Why would I use my phone to make payments when I can just as easily use a debit card? And ‘Isn’t this just giving me another way of losing track of my money and spending?’

So the upshot (in some territories, by no means all) is that mobile money has been slow getting off the ground. In particular, the ‘I can already do that with my debit card’ objection seems to do a lot of damage.  Then there’s security. People are naturally suspicious of the new, especially when money is involved as well.

But one thing we can’t do (easily) with our debit cards alone is to send money to each other - peer-to-peer we might call it. At present I can get online to set up a one-off payment from my current account, but it’s a pain.  I need my bank account details and the recipient’s.  By the time all that’s assembled I could just as easily have sent a cheque (if my bank still supported cheques, which it doesn't).

So Paym, launched today in the UK, might find a niche, rather than replace anyone’s existing card or payments system.

Simplicity is the key. Paym uses mobile telephone numbers which are tied to users’ current accounts. Sending money is simple process with the registered user selecting a telephone number from their contact list on the phone.

As long as the recipient is also registered to the Paym service, the transaction (with a limit of something like £250 per day) will go through. No mucking about with long account numbers and security codes.

The service doesn't appear to be targeted at bill-paying (in a restaurant, say) but rather in reconciling the bill sharing between a group of friends once the payment has been made.

The banks are convinced that this is the sort of service that younger users will adopt, an insight shared by Intelligent Environments, whose research points to over four million 18-30 year olds in the UK already interested in transferring money to friends and family via a mobile number.

In the UK most (not all) of the main banks are signed up to Paym which is being coordinated by a body called the Payments Council and there were over 360,000 people already registered to use Paym when it launched today.

The Payments Council says it expects 1 billion Paym payments to be made by 2018 as bank customers use the service to make direct payments to people such as window cleaners and babysitters (although the inherent tax avoidance advantages of cash might have some bearing on how quickly that set of uses takes off).

But before the banks get too excited, another research company, Consumer Intelligence, found that only a quarter of bank customers expected to be using Paym, although that number rose to 39 per cent amongst those aged 18 to 34.

But the killer is still security. Nearly half of the potential customers polled by Consumer Intelligence said they wouldn’t take on Paym under any foreseeable circumstances, citing security concerns.

But the UK Payments Council may be just in time. The simple youth payment market appears to be being eyed up by none other than the 800 pound gorilla, Facebook.

It is supposed to be planning to launch a mobile payments service, according to the Financial Times, and has already filed an application with the Central Bank of Ireland to become an "e-money" institution under EU regulations.

Facebook would obviously be in a perfect position to sell payment services to its users (especially the younger ones) and, the FT reports, would be free to launch on a pan-European basis.  Observers point out that Facebook already processes in-app payments for developers who build games that run on the platform.  So a new service opportunity may have been correctly identified, but if so its one that’s going to attract a lot of attention.