Watch out, Google. Some of China's biggest smartphone makers are working together to roll out an app platform that will offer developers keen to gain traction in foreign markets an alternative to Google's own channels.

Reuters reports that Huawei, Oppo, Vivo and Xiaomi are putting the finishing touches to the Global Developer Service Alliance (GDSA). It will offer tools and resources to make it easier for app makers to forego Google Play but still put their creations on these smartphone makers' devices.

A quick browse of the GDSA Website revealed that it is possible to create a profile, which leads to a dashboard where developers can do things like track downloads and access material explaining how to upload and update games and applications. On the homepage, the GDSA says it will cover nine regions, including Indonesia, India, Malaysia and Russia.

According to Reuters the GDSA was scheduled to launch in March, but the coronavirus outbreak might have put paid to that idea.

It would be easy to dismiss this effort as nothing for Google to worry about. After all, there are plenty of third-party Android stores that the average consumer hasn't heard of, why should another one make any difference?

Well, for Oppo, Vivo and Xiaomi, it is a necessary hedging strategy against the possibility of joining Huawei in being cut off from Google services.

Huawei had the rug pulled out from under it when the US banned domestic companies from doing business with it.It has since got to work on Harmony OS, its alternative to Android. With GDSA, the other big Chinese players may not be subject to the same level of shock if they suddenly find themselves barred from Google's ecosystem.

Furthermore, Huawei, Oppo, Vivo and Xiaomi together account for 43 percent of the global smartphone market, according to stats from Counterpoint Research. Outside China, their combined market share is concentrated in some pretty huge countries, like India and Indonesia. 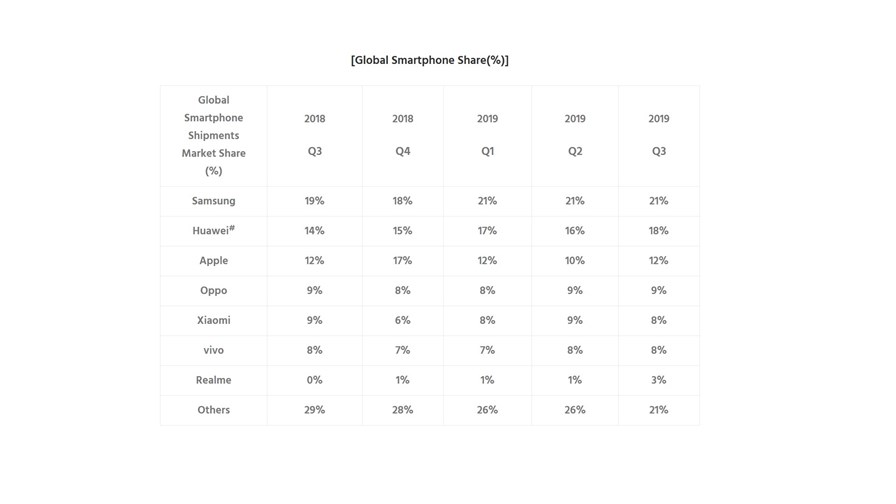 They have no small amount of marketing budget and clout either, particularly Huawei.

If one of the aforementioned smartphone makers puts its own app store front and centre on a new device, and is able to populate the store with localised content courtesy of the GDSA platform – and promote it accordingly – then that could potentially divert a lot of eyeballs away from Google.

Furthermore, because this is a multi-vendor initiative, compatibility issues and closed user groups are less of a problem. Someone with a Vivo device who downloads a messaging app from a GDSA-based store will presumably have no trouble getting in touch with a friend who downloads that same app onto their Xiaomi phone.

Depending on the success of GDSA, it could be extended to other regions. Huawei is big in Europe, for instance, and Xiaomi has been making inroads there too.

It's too early to say Google needs to look over its shoulder, but I'm sure it will monitor developments closely.