Worldwide Converged Systems Market Grows 3.5% Year Over Year During the Third Quarter of 2019, According to IDC 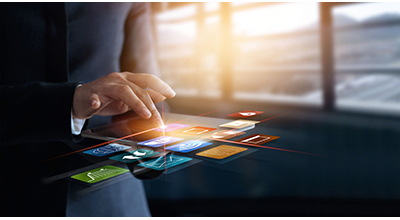 "The converged systems market continues to grow despite a challenging overall datacenter infrastructure environment," said Sebastian Lagana, research manager, Infrastructure Platforms and Technologies at IDC. "In particular, hyperconverged solutions remain in demand as vendors do an excellent job positioning the solutions as an ideal framework for hybrid, multi-cloud environments due to their software-defined nature and ease of integration into premises-agnostic environments."

As it relates to the branded view of the hyperconverged systems market, Dell Technologies was the largest supplier with $708.4 million in revenue and a 35.1% share. Nutanix generated $262.2 million in branded hardware revenue, representing 13.0% of the total HCI market during the quarter. There was a 3-way tie* for third between Cisco, Hewlett Packard Enterprise, and Lenovo, generating $109.0 million, $91.9 million, and $91.5 million in revenue each, which represents 5.4%, 4.6%, and 4.5% share of the market share respectively.

**a ** Dell Technologies represents the combined revenues for Dell and EMC sales for all quarters shown.

***** IDC declares a statistical tie in the worldwide converged systems market when there is a difference of one percent or less in the share of revenues or unit shipments among two or more vendors.