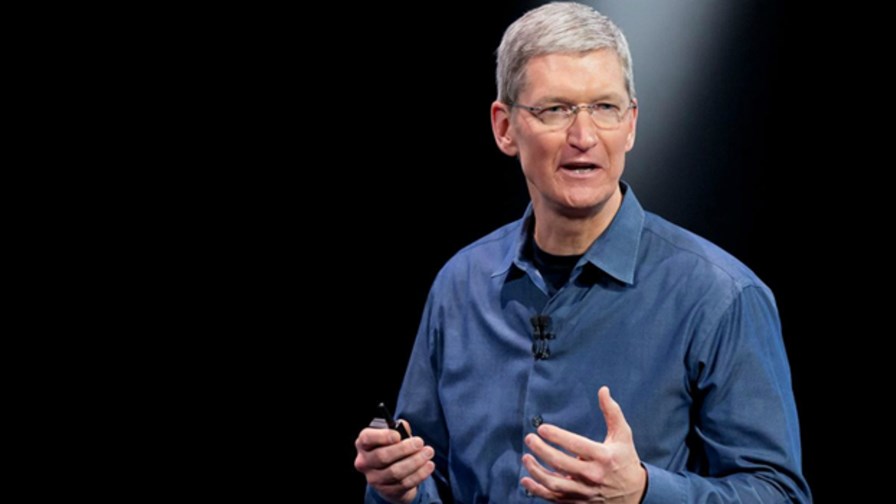 ‘Weaponized’. A word that was barely heard a year ago is now popping up in the strangest places as speech writers adopt it before it loses its semantic allure. Personally, I imagine it with gunsights and WW2 submachine gun handles and this week that image has been enhanced by it being wielded, in my head at least, by mild-mannered, Swedish-looking Tim Cook. He of Apple.

The reason? Cook has been ingratiating himself with the European Union by lauding the GDPR (the EU’s stringent General Data Protection Regulation), opining that the US should go down the same track, and deploring the data collection habits of Google and Facebook. “In many jurisdictions, regulators are asking tough questions. It is time for rest of the world, including my home country, to follow your lead,” Cook simpered.

Given yesterday’s bomb mailings, now might also be the time to reflect on the way violent imagery has even crept its way into our industry’s discourse, perhaps without our really noticing it. Cook’s speech writers had not just plucked ‘weaponized’ from an Apple thesaurus but had armed Cook’s speech with cluster of military terms.

Keynoting a data privacy conference at the European Parliament in Brussels this week, Cook spoke of the harms and deepening division being caused by the spreading of false information online. Underlying that, he said, was the trade in personal information which had “exploded into a data industrial complex.”

Our personal data was “being weaponized against us with military efficiency.” he said, continuing the martial theme. “This is surveillance. And these stockpiles of personal data serve only to enrich the companies that collect them.”

Well, not ONLY the companies that collect them actually, Mr Cook.

While Apple is alone amongst the ‘big three’ US TDTTs (tax dodging tech titans) not to have data collection right in the core of its business model, it hasn’t been averse to the ‘data industrial complex’ steering some of its ill-gotten gains its way.

Estimates vary, but observers allege that sums as high as $9 billion (for this year) are being collected by Apple from Google for making Google’s Search the default setting for Apple’s Safari browser.

So much for the evils of surveillance.

Clearly there’s real commercial method to Cook’s virtue signalling. Android is still a juggernaut globally and as always it’s threatening Apple’s smartphone position at both the top and middle parts of the market. At the top end it’s surely only a matter of time before one of the Android brands (watch out for Huawei) produces a smartie so smart that it’s a demonstrably better flagship than Apple’s iPhone. Won’t happen?  Don’t you believe it. The history of the mobile phone is littered with companies recognised as top dog, brand leader and seemingly unassailable, only for them to go off a cliff. Nokia and Motorola are the prime examples.

And Google’s Android model: free licenses to OEMs, brilliant technical support, constant software upgrades (albeit with the requirement to plaster the phone with Google’s apps) makes it very difficult to compete with at the mid and low end. If it’s to keep growing, Apple has to make inroads there as well.

Apple fans will never defect, at least not in the US, but new users coming on-stream in new markets won’t have an iPhone habit to kick.

So Apple’s best and only strategy must involve trying to chip away at Google’s data collecting business model which fuels Android with loads of cash for software maintenance, patent protection and marketing. And if it can enlist the EU in that effort all the better.

The EU may have already made a start with what may be a small chink in Google’s defenses, forcing it to introduce new licensing options in Europe (see -  OK, you don’t like the way we bundle our free Android services? Fine! We’ll charge)

So Cook and his strategic advisors are right to sense a change in political sentiment around data collection and data sharing in the wake of the Cambridge Analytica scandal and Russian election interference. Whether Cook is right to press home his attack in such apocalyptic terms, especially when Apple has spent years with its snout in the ‘data industrial complex’ trough, is another matter.