Luddites of Britain unite! You have nothing to lose but your broadband 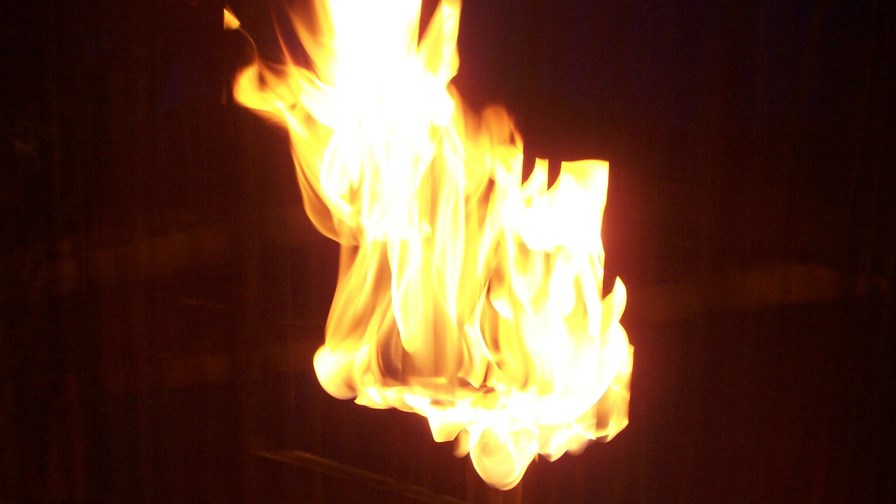 In the UK, the corona virus lockdown continues its remorseless, sluggish progression as each 24 hours slides into the Groundhog Day of the next even as Spring weather brings blue skies and the warmest days for six months. The weekend sunshine tempted many out of isolation and parks and beaches became crowded with people who had decided to dice with death or debilitating illness by ignoring medical advice to keep their social distance from one another.

Meanwhile the hypocritical Chief Medical Officer for Scotland, who for weeks now has been constantly on TV telling people to stay at home, or else!, was caught out (twice in succession) taking her family with her to spend the weekend at her second home. Well , she would have a second home, wouldn't she.? It's a trendy wee cottage in Earlsferry on the East Neuk of Fife.

Perhaps believing her powers extend to invisibility as she and her brood wandered around the village and the beach blithely ignoring her own blood-curdling strictures, because, of course, they apply only to the little people, not to an establishment figure as important as her. Well, she ain't so important this morning, having been forced to issue a grovelling public apology and resign. Bye Bye. Remember to keep taking the paracetamol.

So there are two examples of collective and individual daytime stupidity in a time of crisis, for you, but under the cover of darkness true madness is stalking the land as conspiracy theorist saboteurs set fire to 5G base stations and antennas because they believe that 5G "radiation" caused the CoVID 19 in the first place and continues to spread the disease now!

It seems the spark behind the fires is a video shot at the "Health and Human Rights Summit" held in Tucson, Arizona on March 12, 2020, featuring a certain Dr. Thomas Cowan who claims there is no corona virus in Africa because there are no 5G networks anywhere on the continent.

All together now, "Oh, yes there are! South Africa and Lesotho have commercial services up and running and Kenya, Nigeria and many other countries north and south of the Sahara are trialling the technology now. Meanwhile the World Health Organisation has announced that there are tens thousands of corona virus cases across Africa and the disease is spreading rapidly.

Dr Cowan, who is midway through a five-year-long period of "disciplinary probation" imposed by the Medical Board of the State of California, spoke at the event which was organised by the Humans for Humanity Coalition. In the video, he assert that viruses are no more than "debris" that is a natural byproduct of a cell that has been poisoned.

His claim was immediately debunked by virologists around the world. Mind you, Dr Cowan has form as far as radio frequencies are concerned. He has also claimed that the Spanish flu pandemic 1918 and 1919 was caused by electro-magnetic fields as widespread radio broadcasting began. It is worth noting though that the first commercial broadcasts (from radio stations in Buenos Aires, Detroit, London, Los Angeles, Montreal and Philadelphia among many others) actually began in 1920.

Thomas Cowan further claims that Wuhan, China, where the corona virus emerged, was the first city to be covered by 5G. It wasn't. Cities in South Korea and US had 5G networks up and running well before Wuhan did.

The video shot at the Tucson conference was posted on YouTube on March 12 and (if you'll forgive the somewhat tasteless pun) quickly went viral garnering 390,00 views in a week and it wasn't long before a few "celebrities" from jumped on the social media bandwagon to push Cowan's ludicrous claims.

One such, the US singer and occasional actress Keri Hilson (who she? Ed.) got the juggernaut rolling when on March 16, she went on Instagram to tell her 2.3 million followers, in a series of now deleted posts, “People have been trying to warn us about 5G for YEARS. Petitions, organizations, studies…what we’re going through is the effects of radiation. 5G launched in CHINA. Nov 1, 2019. People dropped dead. Turn off 5G by disabling LTE!!! There's scientific rigour and factual accuracy for you.

And now, in the UK, 5G masts are the subject of arson attacks. To date, technology has been destroyed in Birmingham, Coventry, Liverpool, Manchester, Romford and Watford, and there are websites promulgating the nonsense that there is a convoluted plot underway by unnamed conspirators to kill the majority of the population via 5G before imposing the "New World Order" on whoever might be left alive. Even engineers laying fibre optic cables are being harassed and abused in the streets and on social media there is a league table where, with video and audio proof of their destruction, arsonists can push their particular city up to the top of the Luddite chart.

I thought I had seen madness writ large when I witnessed Robert Mugabe tell an audience at an ITU event in Geneva that the west was trying to destroy Zimbabwe by bombarding the population with radio waves, but what is happening in the UK now is even madder.

Understandably, UK operators are outraged and say the attacks, coming as they are during the worst crisis since the Second World War, are destroying part of the country's national security. The police and anti-terrorism authorities are investigating the fires. The attacks are causing significant damage to local broadband networks that are heavily relied upon and used by Britain's over-stretched and under-resourced but deeply loved and revered National Health Service.

Today the GSM Association (GSMA), the industry organisation representing the interests of mobile network operators worldwide, urges ISPs, CSPs and social media companies  to redouble their efforts to take down fake news linking 5G to the spread of the corona virus. Meanwhile, Full Fact, Britain's independent fact-checking charity has confirmed that there is no link between 5G and CoVID 19.

In a statement, Mats Granryd, the GSMA Director General, writes, "The telecoms industry is working around the clock to keep vital health, education and emergency services online, businesses running, and friends and families connected. It is deplorable that critical communications infrastructure is being attacked based on outright mistruths. We urge everyone to trust health authorities and rest assured communications technology is safe. There is no link between 5G and CoVID-19. We also urge governments around the world to take swift action against disinformation, vandalism and threats against mobile network field engineers."