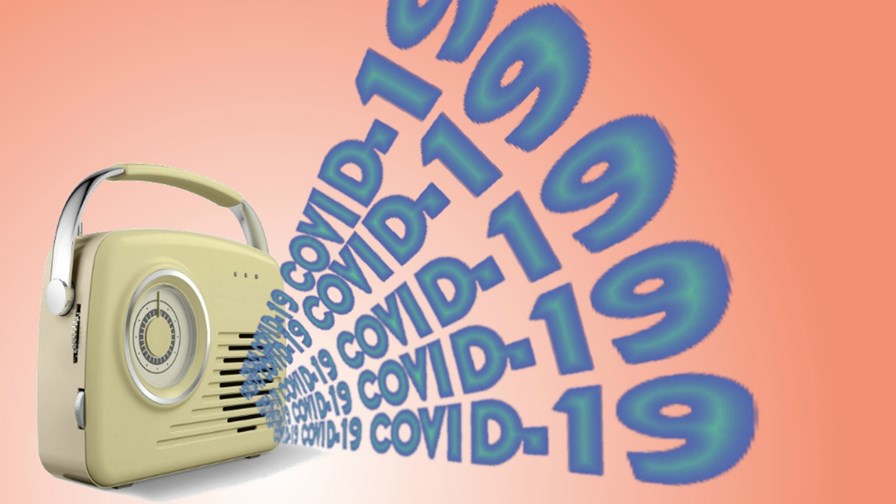 The London, England-headquartered research house and technology performance benchmarking organisation IHS Markit has just published its latest RootMetrics "Mobile Performance in Review" UK report for the first half of 2020, the period during which Covid-19 became a global pandemic and changed the world as we know it.

Whilst not focusing solely throughout on the impact the corona virus has had on British society, the results of the more than half a million tests that were conducted across the entirety of the UK show that mobile connectivity (5G and 4G) has been, and is, integral to national and international responses to the disease and that its vital infrastructure stood up very well to unparalleled demand and kept the country up, running and functioning during a crisis like no other in modern history. The report concludes that 5G is now becoming more widely available across the UK and shows that it is already having an "extraordinary impact".

Never has the UK's comms infrastructure faced such a sudden and intense change in patterns of usage and demands over such a short time. Pressures on the network have stressed carriers and their systems in ways that only last year were discounted as unthinkable even in the most pessimistic of wargaming scenarios that CSPs periodically undertake. That they came through the maelstrom at all is remarkable, that they did so still fully afloat with sails unfurled and colours flying as they kept services going with very few outages or interruptions is a tribute to planning, technologies and network resilience and the determination of individual human beings. It is certainly something to be proud of.

The RootMetrics report covers seven stringent test categories and, during the first half of 2020. EE 5G services are shown to be far and away the best for both availability and speed. Indeed, EE is the only one with 5G services operational in each of the 16 UK cities that were tested for the report, and it's 5G availability (in excess of 21 per cent penetration across 12 markets) put its services well in advance of the other UK 5G providers.

No other operator got above 17 per cent availability in any city. Furthermore, EE's median download speeds were in excess or 30 Mbps in all the cities surveyed, and actually hit more than 50 Mbps in eight cities and topped-out in Manchester at 73 Mbps. The services also proved themselves to be robust and resilient.

However, while the other operators recorded improved download speeds over those reported for the second half of 2019, O2's stayed within the 10 Mbps - 30 Mbps range that was recorded last year.

Three, the UK's original 3G operator, has been hiding its light under a bushel in recent months but the RootMetrics report shows that it is improving on last year, at least in terms of blocked calls and data reliability. That said though, Three's median download speeds are the slowest among the UK's Big Four operators, offering between 10 Mbps to 20 Mbps across almost all of the 16 cities on the test list. As far as 5G is concerned, Three clocked very fast median and maximum download speeds of 193.7 Mbps and 478.1 Mbps respectively, but the operator's 5G coverage is limited in comparison to the other players.

Meanwhile, Vodafone comes in a close second to EE in several testing categories and its services are very reliable. However, while it regularly delivers median download speeds in excess of 50 Mbps in some cities, in eight of the conurbations surveyed Vodafone came in at just 20 Mbps. That said, Vodafone's data and call reliability results were uniformly excellent.

The four nations that currently make up the United Kingdom are England, Northern Ireland, Scotland and Wales. Whether that will remain to be the case as the divisive Brexit process slowly embeds itself and perhaps ultimately shakes Scotland out of the Union by the mid-2020s and Northern Ireland by the 2050s remains to be seen. Until then we remain a happy family unit but, as in all families, there are differences between the constituent members and it's the same with mobile network performance.

For example. O2 recorded its fastest 5G median download speed of 121.3 Mbps in Belfast, whilst also scoring its highest 5G availability rate of 0.6 per cent in the city. Meanwhile, Vodafone recorded its fastest 5G median download speed in London, clocking 181.8 Mbps, the highest speed among all operators in the capital. Vodafone showed consistently fast 5G speeds in the majority of cities where it offers such services but 5G availability from any and all UK operators remains limited - although it is expanding pretty quickly, (especially in the enterprise sector) given the extraordinary times we are living through.

The overall leader in network performance for the UK as a whole is EE. It performed very well in all four parts of the UK and scored 25 UK-Nation RootScore Awards out of a possible total of 28. O2 performed especially well in Wales, won the Text RootScore Award and finished second in the network accessibility category. Three and Vodafone also performed well in Wales. Three showed great call and text results in Cymru but the operator also recorded the slowest aggregate median download speed in both Northern Ireland and Scotland. Vodafone won or shared awards across all seven test categories in Wales and recorded an impressive aggregate median download speed of 30.8 Mbps in the country overall. Vodafone finished with the second-highest total of nation-level awards at 12.

Commenting on the report, Kevin Hasley, the Chief Commercial Officer at RootMetrics by IHS Markit said, "The way we use mobile networks has dramatically changed over the last several months. Whether people are working from home or video calling friends and loved ones, it’s clear that connectivity is becoming more important than ever to our daily lives. In our most recent testing, EE continues to be the UK’s leading operator in terms of performance and their early progression with 5G puts them in a good spot going forward. However, given the recent news for the UK telecom sector, there is ample opportunity for Vodafone, Three and O2 to compete with EE."