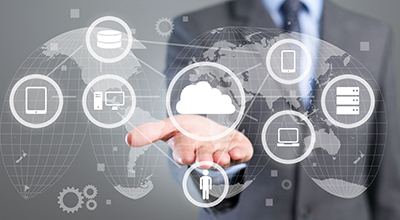 Cisco continues to dominate the Ethernet Switch market with a 60.7% share in Q4 2018, followed by Hewlett Packard Enterprise (HPE) and Huawei.

According to IDC’s latest Asia/Pacific Quarterly Router Tracker, India Router market in Q4 2018 stood at USD 141.5 million (by vendor revenue) with a sharp YoY growth of 43.4%. The growth was primarily driven by the enterprise segment due to a large multimillion-dollar deal from the government. The router market witnessed strong YoY growth in the service provider segment due to network upgrades and 4G VoLTE expansion investments from telecommunications.

Cisco leads the router market with 69.5% market share in Q4 2018 followed by Nokia and Huawei.

According to IDC’s latest Asia/Pacific Quarterly WLAN Tracker, the WLAN market in India stood at USD 57.0 million (by Vendor Revenue) in Q4 2018 with a sharp YoY growth of 38.5%. While all the segments consumer, enterprise and service provider witnessed YoY growth, enterprise segment stood out as the key contributor for the incremental growth in Q4 2018. Increased spending from professional services organizations trigged the growth in Enterprise segment in Q4 2018.

Dileep Nadimpalli, Research Manager, Storage, IDC India says, “Networking is the backbone for any of the IT transformation initiatives. Networking systems should be more agile, scalable with better control and security to enable organizations to adapt quickly to business innovations. Software-defined networking would be of absolute necessity for faster time to market and optimizing the network recourses.”

The Ethernet Switch, Router, and WLAN market, collectively, expected to grow in single digits in terms of compound annual growth rate (CAGR) for 2018–2023. Increased adoption of emerging technologies such as cloud, IOT, mobility, etc. would drive incremental revenues. IDC also expects large investments for 5G rollouts in the next couple of years.