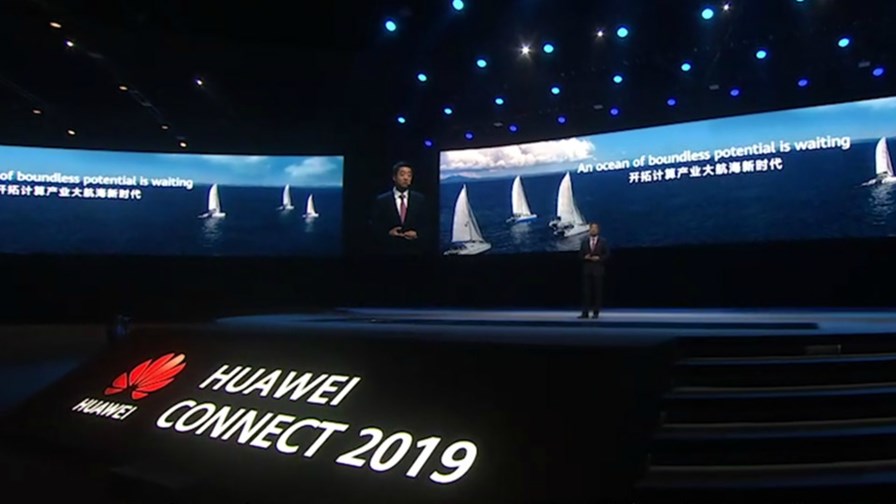 Huawei has been conducting a massive exhibition come conference, come extravaganza in Shanghai, complete with thousands of guests and featuring oodles of awe-inspiring presentations and pyrotechnics. In short, Huawei Connect is the Chinese firm’s massive shindig designed to show the world (and its home market) that it is still, despite headwinds from the Trump administration, firing on all four cylinders in all its areas of telecoms and IT endeavour.

Out of the plethora of announcements it is clear that Huawei is now doubling down on cloud, in the wake of the first wave of 5G products and deployments.

To that end it says it’s released of 43 separate cloud services powered by its Ascend processors. Through these services Huawei says it aims to provide superior computing power to make cloud computing and intelligence available to everyone. Well, nearly everyone.

All 43 new AI cloud services are powered by Huawei’s Ascend processors Amongst  these are, ‘AI Elastic Cloud Servers (ECSs)’ which Huawei claims double performance  and are widely used in AI inference, AI training, and autonomous driving training. It’s also featuring ImageSearch and Content Moderation services -  these are based on its Ascend 310 processors.

It is boasting the industry's first enterprise-class ‘Knowledge Graph’ designed to simplify business processes. Huawei claims tens of billions of entities and hundreds of billions of relationships can be queried in seconds.