By thunder! Cloud computing storms along to become fully mainstream 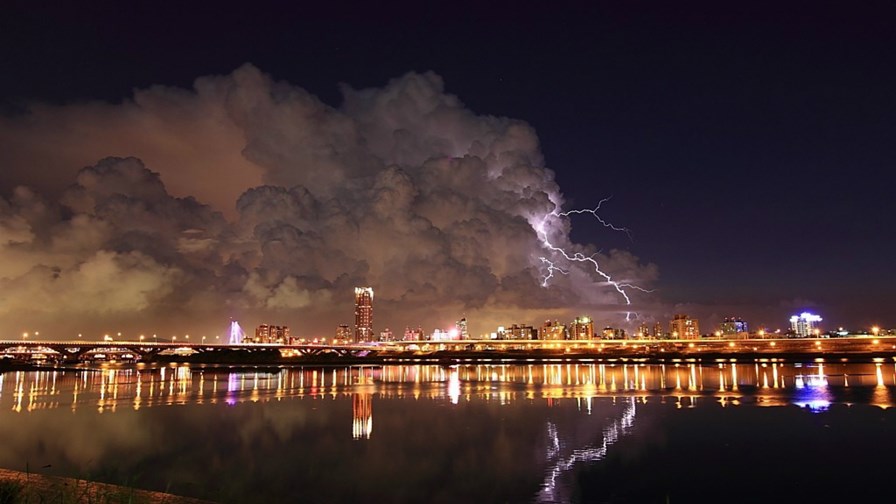 In the US, on Thursday night of last week, three of the world's biggest cloud computing companies, Amazon. Google and Microsoft published their latest quarterly figures. They were impressive and show indisputably that cloud computing is no longer an upstart  disruptive technology but has matured and progressed to become a part of the established scheme of things.

The evidence comes at a time when the first seeds of doubt on SDN and NFV are beginning to sprout. In London last week, at Broadband World Forum 2015, (BBWF) concern was voiced that network virtualisation is turning out to be longer-term prospect than many in the industry have wanted and hoped for. It's not that virtualisation isn't coming, it's just that appreciation has grown that full and complete network transformation is very hard (and expensive) to do and the process may take longer than initially expected during what might be described as the "euphoric" early days of the initial development of the technologies.

At the BBWF several industry luminaries cited as evidence of this re-appraisal a survey by Infonetics showing that at the moment the primary use case for NFV is in virtualised CPE, not in the greater network, But are they downhearted? No! Virtualisation's day is coming and the maturation of cloud computing is a precursor of it.

Within minutes of the release of their latest figures the market capitalisation of Amazon, Google and Microsoft shot up by more than US$100 billion between them. The figures show that, in America, Amazon Web Services (AWS), the company's computing and software apps rental business, made more operating profit than was raised from the combined sales of goods in both the US and overseas. This time last year, AWS sales were running at 87 per cent faster than the the company's North American retail arm. This year it is growing at 179 per cent, still behind Amazon's international retail sales performance, but it is accelerating fast.

Google continues to make the vast part of its vast profits from its advertising business but there too, cloud computing is on the up-and-up. Meanwhile, over at Microsoft the operating profit from its cloud and apps business knocked the the sales of the Windows OS into a cocked hat with the company's cloud-centric "Office 365" software storming along. Launched in mid-2011, Office 365 now has 18.2 million users with thee million of that number (that's 16 per cent) having signed-up in the last quarter.

That's the (very) upside but, of course a coin has two faces and in this case the obverse is a bit less shiny. There is still a lot of concern amongst cloud users about who "owns" their data and they are even more worried about being permanently 'locked-in' to a particular vendor or cloud services provider. At the moment there are no standards or industry agreements whereby customers would be able easily and inexpensively to change providers. Indeed, it is not clear if they would be able to do so at all, ever.

What's more, if a cloud company goes to the wall (as quite a few IoT companies have over the past year) there is a strong passibility that customer data will go to the wall with them and disappear into cyber-limbo-land forever.

And there's always the likelihood, (and it is sure to happen at some time) that businesses unable to pay their subscription fees and other cloud costs will be prevented from accessing and processing their lifeblood data. The ultimate sanction for non-payment of fees and unsettled disputes over costs could even be the permanent deletion of customer data.

The fact is that the cloud remains a foggy and amorphous environment that currently exists in a literally lawless state bereft of agreed and enforceable industry standards. So, while the evidence shows that cloud computing is now an established reality, for customers it is still the Old West out there and it could be some time before the civilisation and the rule of law is established on the wild frontier.

Cloud Computing could eliminate a billion tons of CO2 emissions over the next four years, claims IDC