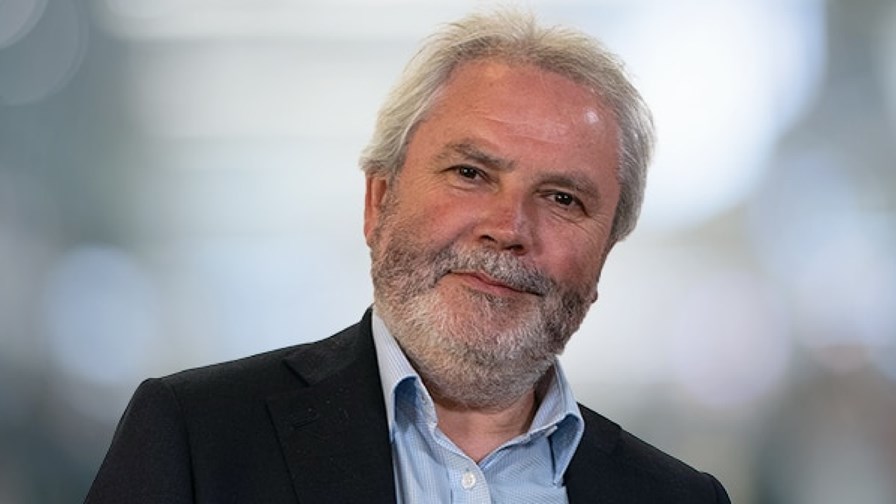 Martin is an insightful thinker on the crucial, “as telecoms and IT continue to collide, which tectonic plate is likely to roll over the other?” issue. It’s been with us for as long as I’ve been writing about networks and telecoms and it’s almost a fundamental feature rather than an ‘issue’. For a while it looked as though IT would win hands down (if winning was indeed a thing). Chips were going into everything in telecoms, software was running the whole show, and Apple had redefined the mobile market with the iPhone. Then back came the network as the Web and its logical progression, the Cloud, became hyper-important and along with 5G, dominated the technology spotlight up to today,

So where are we now?

As cloud and virtualisation becomes more and more important in telecoms, we’re wondering how the culture of IT and cloud will mesh with the world of the service provider. Will the hypercloud providers take over, filling the infrastructure shoes of the  big telecoms infra guys? And if they do, what will that mean for the service provider?  How will we ensure differentiation between services if all are operating on the same infrastructure. On the other hand, in a highly standardised world, would it matter if there were only a couple of hyper-sized infra providers in a territory.  Questions, questions, questions. And as yet, no definitive answers.

For Martin Creaner the spectre of what he calls ‘hyperscale dependency’ holds real dangers for telco business models and he’s written extensively about the pressures and strategic options facing telcos as they look to negotiate their ’journeys’ to virtualization and 5G while developing new business-to-business revenue streams to mitigate the increased costs of the ‘journey’.

Cloud technology adoption is now a given but the crucial thing to understand, he writes in an article recently posted on Linked-In, is that “telcos who fail to invest in growing their own autonomous cloud expertise or platform business model & ecosystem expertise are likely to find themselves dependent on the hyperscalers for both their infrastructure AND for their next generation services,” ending any ambitions to independence.

There is a solution. Martin told me that a ‘transitional telco’ would focus skills development on  autonomous cloud expertise and position itself as an autonomously managed IT, data & network player. This telco would adopt a multi-cloud strategy and use it to aggressively drive down the cost of network operations, combining in-house capabilities with best-of-breed offerings from a multi-cloud ecosystem.

But there’s a warning for this position too. Martin argues that in the long run the hyperscaler will get more efficient and thereby make it more difficult for the telco to justify the investment needed to maintain an independent positioning. Ultimately, telcos who only invest in developing autonomous cloud expertise will slip back into becoming a hyperscale-dependent telco over time.”

With the recent news that Vodafone and Google had sealed a six-year strategic partnership involving a new integrated data platform to be built in-house by their specialist teams, it may be that Martin’s ‘longer term’ has shortened considerably with Vodafone “slipping back” to hyper-scale dependency already.

But, if it is possible to build a multi-cloud strategy using different hyperscale platforms, won’t the  hyperscalers have differentiated themselves by specialising in different applications and attracting different pools of developers to their platforms? I ask. (Azure is likely to be a favourite home for Windows developers, for instance).

Martin agrees but points out that the big difference when dealing with hyper-scalers as opposed to the previous generation of telecom vendors, is that “the supply side of the industry has not traditionally competed with their telco customers for the vertical markets.” In fact the incumbent suppliers tend to go out of their way to avoid doing so, but the hyperscalers operate to a different set of rules.