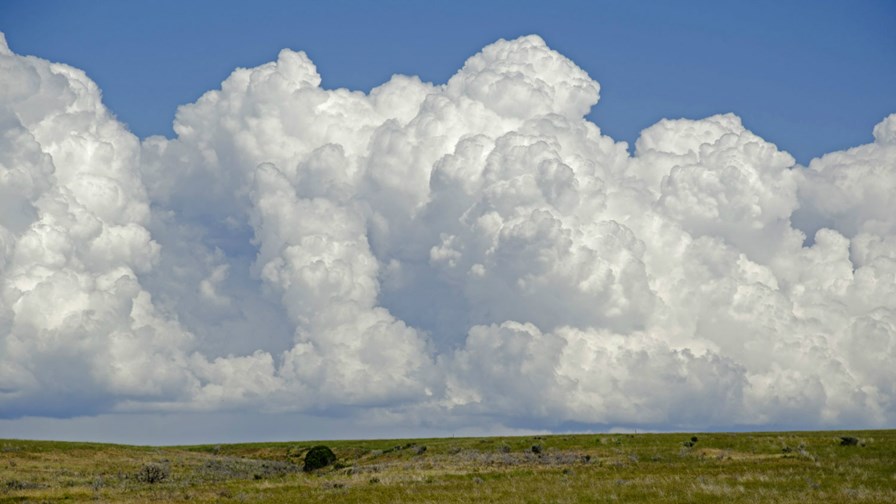 One of the results of the ongoing elimination of Huawei from the global telco infrastructure market, is the hastened construction of a disaggregated ecosystem because of the reduction in seasoned big telco system providers.

Partly as a result it’s now becoming clearer that the hyperscale cloud players will become the well resourced replacement technology partners for the big telcos - software rather than hardware, of course, but bigger, and possessing even more international reach than Ericsson, Nokia and Huawei, the old triumvirate.

The new triumvirate will likely be Microsoft Azure, Amazon Web Services and either IBM with Red Hat or Google Cloud, and they can be on-hand to help with every layer of the stack and provide applications and cloud facilities in every corner of the globe. Even better, the multi-cloud and hybrid focus of all three means the spectre of lock-in is not the ‘keep the CTO awake at night’ material it was before.

Full disaggregation of the 5G RAN with the help of Open RAN may be several years away, but cloud (and even multi-cloud) solutions for other spheres of the telco’s operation, not just the network itself, can be developed now.

Google Cloud and Vodafone have just ‘significantly expanded’ their existing agreement and signed each other up to develop what they’re calling an industry-first with a six-year strategic partnership involving a new integrated data platform (Google’s speciality) and a distributed system for Vodafone, supporting the creation of new digital products and services for customers. Vodafone intends to host its SAP environment and all its big data and business intelligence workloads on Google Cloud.

Vodafone claims the new platform, called ‘Nucleus’ will have the added capability of processing and moving huge volumes of data globally from multiple systems into the cloud and gives Vodafone an ability to offer its customers new, personalised products and services across multiple markets. A system called ‘Dynamo’ is capable of processing around 50 terabytes of data per day, and will allow things like broadband speed boosts and more. Vodafone says it’s already identified more than 700 use-cases to deliver new products and services quickly across its markets.

Both Nucleus and Dynamo are being built in-house by Vodafone and Google Cloud specialist teams. Up to 1,000 employees of both companies located in Spain, the UK, and the United States are collaborating on the project. Note: back in the day this sort thousand boffin development effort might have been undertaken with your main infrastructure vendor.

As a result of the project Vodafone says its operating companies in multiple countries will be able to access its data analytics, intelligence, and machine-learning capabilities for data-driven insights.

Google’s cloud reach means Vodafone can increase the number of smart network services in its Google Cloud footprint from eight markets to the entire Vodafone footprint allowing it to precisely match network roll-out to consumer demand, increase capacity at critical times, and use machine learning to predict, detect, and fix issues before customers are aware of them, it claims.

There’s an environmental angle: Vodafone claims it’s already assisting governments and aid organisations, upon their request, with secure, anonymised, and aggregated movement data to tackle COVID-19 – and this partnership will further improve Vodafone’s ability to provide deeper insights, in accordance with local laws and regulations, into the spread of disease through intelligent analytics across a wider geographical area.

In addition, Vodafone will re-platform its entire SAP environment to Google Cloud, including the migration of its core SAP workloads and key corporate SAP modules such as SAP Central Finance, it says.

In another slash at the telco/big vendor umbilical cord, Vodafone has also lined up with Qualcomm to develop blueprints for equipment suppliers to build to Open RAN specifications. The aim here is to provide reference designs and thus lower the entry barriers for potential Open RAN suppliers while driving diversity into the ecosystem. The companies say the reference designs will help both emerging AND established network infrastructure vendors develop high-performance, virtualized, interoperable, and modular 5G networks at scale.

The companies boast that the tie-up combines Vodafone’s engineering expertise in building high-capacity, large-scale networks with Qualcomm’s abilities in developing high performance and low power Application-Specific Integrated Circuit (ASIC) solutions for device and infrastructure products. This, they claim, is a combination powerful enough to ensure Open RAN is ready for use in 5G networks and capable of supporting bandwidth-hungry applications such as virtual and augmented reality devices, even in busy urban areas.

Again, the operator/device vendor tie-up is a sign of just how reliant many mobile operators intend to become on 5G Open RAN infrastructure when the technologies become mature, tested and supported well enough to deploy at scale.