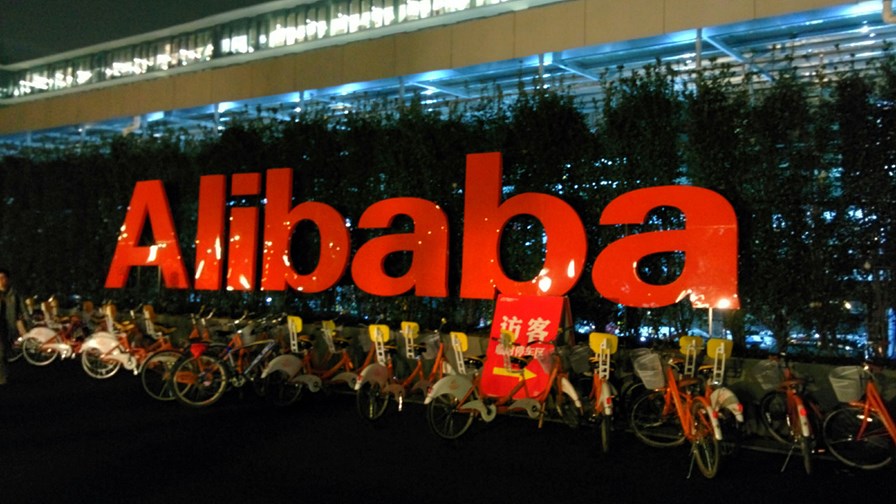 China's Alibaba group has just announced its first quarterly loss since it became a listed company in 2014. In a conference call to investors following the disclosure, Daniel Zhang, the Chairman and CEO explained why. It's down to two factors; the fallout from Jack Ma getting on the wrong side of the Politburo and a major cloud customer taking its business elsewhere. The global pandemic barely gets a mention.

Mr, Zhang said, "The slower revenue growth during the quarter was primarily due to revenue decline from a top cloud customer in the Internet industry. This customer, which has a sizeable presence outside of China that used our overseas cloud services in the past, has decided to terminate the relationship with respect to their international business due to non-product related requirements. Excluding this customer, Alibaba Cloud’s top ten non-affiliated customers together accounted for no more than eight percent of Alibaba Cloud’s total revenue in fiscal year 2021. Going forward, we believe that our cloud computing revenue will be further diversified across customers and industries." He also warned that the lost customer (and the potential departure of others) will affect the company's revenues for some time to come.

The name of the ex-customer was not disclosed but the "non-product related requirements" bit means it's a fair bet that a big US corporation that has followed Mike Pompeo's, "Clean Network" dictum. As US Secretary of State in the Trump administration, Pompeo came up with the notion and promoted it as a “comprehensive approach to guarding our citizens’ privacy and our companies’ most sensitive information from aggressive intrusions by malign actors, such as the Chinese Communist Party."

Turning to the factor that resulted in the unprecedented Alibaba loss, Mr. Zhang well and truly toe'd the Party line and used appropriately emollient language straight out of Every Citizen's Handbook of Self-Criticism and Abasement when he said, "We announced in April 2021 that we received the Administrative Penalty Decision issued by the China’s State Administration for Market Regulation. We have stated that we accept the penalty with sincerity and will ensure our compliance with determination. As a result of the anti-monopoly fine of RMB18.2 billion (US$2,782 million) levied by the SAMR, we recorded an operating loss this quarter for the first time since our history as a public company. The penalty decision motivated us to reflect on the relationship between a platform economy and society as well as our social responsibilities and commitments. We believe the self-reflection and adjustment we’ve made will help us better serve our community of consumers, merchants and partners and position us well in the future."

Alibaba's Cloud cast a shadow across companies in the more than 60 countries that have adopted Pompeo's "Clean" proposal and rain is now falling on the Alibaba Group itself. However, the company's response is to double-down on its the development of cloud technology, as Chief Financial Officer Maggie Wu made clear. She said "We will continue to invest in innovation; in innovative technologies, expanding customer servicing capabilities and enabling a robust developer ecosystem for the cloud business in the future." Daniel Zhang added, "We see the cloud as an epoch-defining opportunity, and we’ll continue to invest in cloud technology but also in big data and other kinds of technology too."

Of Jack Ma, Alibaba's erstwhile chairman, there was no sign. He is a chastened man and no longer the public face of the company he founded after publicly opining that individual and corporate credit should be let rip, that China's banks operated like pawnshops and that country's financial regulatory bodies and their links to the ruling communist party form "a club for old people". The gerontocracy running the PRC took considerable exception to these ideas and he was quickly and harshly slapped down. The imminent $34 billion floatation of the Ant Group, an Alibaba subsidiary company, was pulled days before it was due to happen and Jack Ma mysteriously disappeared for a few months before re-emerging as a very diminished and much quieter figure.

US and its allies building a secure "Clean Fortress" around data

As of December last, the alliance included 27 of the 30 NATO members; 26 of the 27 EU members, 31 of the 37 OECD nations, 11 of the 12 Three Seas nations plus Japan, Israel, Australia, Singapore, Taiwan, Canada, Vietnam, India, and New Zealand.

Pompeo's plan comprises several "clean" sectors, one of which is the Clean Cloud. It is of particular relevance here. Its intent is to "prevent US citizens’ most sensitive personal information and our businesses’ most valuable intellectual property from being stored and processed on cloud-based systems accessible to our foreign adversaries through companies such as Alibaba, Baidu, and Tencent."

These are the main Chinese companies that, along with Huawei, are regularly cited by many western governments, including the US and the UK, as routinely passing data on to Chinese state agencies. The companies deny it but it is nonetheless a legal requirement that companies in the PRC must share their commercial information with government bodies.

Then there's the Clean Carrier which is to ensure "untrusted People’s Republic of China carriers are not connected with US telecommunications networks. Such companies pose a danger to US national security and should not provide international telecommunications services to and from the United States." Huawei telecoms infrastructure equipment is now being ripped-out of networks the world over and being replaced by usually more expensive but more secure products from trusted US and European manufacturers.

Other Clean sectors include the Clean Store wherein "untrusted applications are expunged from mobile app stores" help prevent the proliferation of Chinese apps that "threaten privacy and spread  viruses, propaganda and disinformation."

Interestingly, an op.ed article in the Wall Street Journal newspaper concluded that the extent and cohesion of the Clean Network could well be the "most enduring foreign-policy legacy" of the Trump presidency.