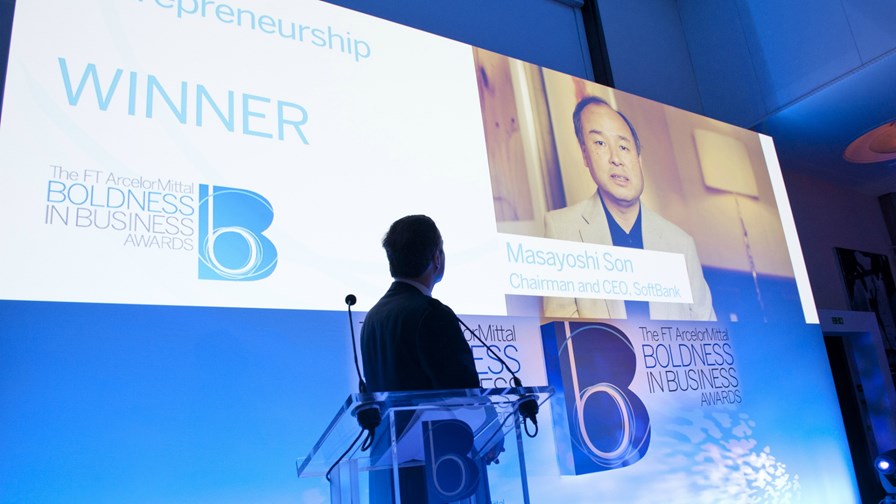 US, European and many other occidental telco and IT companies complain that the likes of Alibaba, Huawei and ZTE got so very big so very quickly because of their shadowy links to the Chinese government, the ability to tap hidden state subsidies and to plan 30 years ahead thanks to what has been called "guaranteed long-term political and economic stability" (although ongoing events in Hong Kong indicate that not all copper-bottomed guarantees turn out to be quite as cast-iron as promised).

Nonetheless, Chinese technology companies were long able to ignore the rigorous public accounting required in other parts of the world for the quarterly reporting of financial figures to investors and the market and thus could, and did, have the advantage and luxury and flexibility in their long-term planning that looked forward a generation or more.

However, it is the Japanese billionaire businessman, Masayoshi Son, the founder, chairman and CEO of SoftBank, who, back in 2010, had the vision, nerve and foresight (or hubristic arrogance depending on how you look at it) to articulate a 300-year plan for his company. According to the SoftBank website, Son expects the company "to continue to grow as a corporate group for the next 300 years" and to "strive to develop over the long-term by forming partnerships with the most superior companies at the time in the information industry, without adhering to particular technologies or business models.”

That said, among the technologies that Son expects SoftBank to focus on during the early years of his three centuries of world domination are AI, cloning, robotics, telepathy and extending average life-expectancy in humans to 200 years.

Central to the plan is SoftBank's US$100 billion Vision Fund which is ploughing huge sums of investment cash into would-be iconoclastic start-up companies that are promising to "break the mould" of established corporate business practices and "change forever" how humans live, work and interact.

To help achieve this earthly paradise, the Vision Fund has been providing new(ish) companies (and their often immature founders) with so much ready cash that they simply do not need to worry about running out of money because they have been granted the wherewithal to rack-up massive losses in the hell-for-leather pursuit of expansion and market share. For them it's a smoke and mirrors world of 'spend now and the profits will come flooding in in due course', even if that course is actually many decades into the future.

One of Masayoshi Son's favourite debating ploys is to ask his audiences to imagine a world where "capital is no longer a problem" and then running with that notion to expound the attraction and potential of pell-mell company growth over a long period when profitability simply doesn't matter or even figure in business equations.

Too many prettily painted piglets in pokes. Too few able to bring home the bacon

However, the fact is that capital is always a problem and market reaction is now setting in against Son's optimistic thesis and Wall Street's enthusiasm to invest in start-ups evangelised by Softbank and the Vision Fund is waning fast. The Fund has already invested some $80 billion in the likes of Uber, DoorDash (an on-demand food delivery service based in San Francisco), Fanatics (a sportswear retailer), Grab (more food delivery, this time with a mobile payment app), Slack, (workplace messaging), SoFi (mortgages and loans) and many others,

Most tellingly, the Vision Fund-backed WeWork, a shared workspace company, is currently garnering masses of critical publicity after investors last week forced the company's CEO, Adam Neumann, to resign and its much-vaunted and massively over-hyped and over-valued IPO to be pulled at the last minute. The company has also abandoned its expansion programme and WeWork's credit rating is now "junk".

Mr. Neumann's "vision" for WeWork was simple and highly altruistic, he merely wanted the company to "elevate the world's consciousness" (probably via an  elevator to the penthouse of one of his company's properties), but then he did smoke a lot of dope on WeWork's private £60 million Gulfstream G650 jet as he traversed the world to party with the likes of the Red Hot Chilli Peppers and Jared Kushner.

And let's not forget that in his selfless concern for the welfare of others he also wanted his own shares in the company to have 20 times the voting rights of ordinary shareholders. And, more or less in passing and with little fuss, he was paid $5.9 million by WeWork so that the company could use the word "We" (rather than just "Work") which Neumann has trademarked.

Despite the fact that WeWork was leaking money in much the same way as an aortic aneurism leaks lifeblood, Goldman Sachs originally valued the company at $65 BILLION. In due course that fell to $47 billion, then $25 billion and then $10 billion and the value was continuing to plummet when the IPO was cancelled. Until last week Softbank was WeWork's biggest financial backer and fairground barker.

Masayoshi Son's vehicle had invested $11 billion in the nascent company after, in  a meeting lasting 12 minutes in 2017, Adam Neumann convinced him that WeWork should be valued at $20 billion. The investment agreement was signed on an iPad in the back of a NewYork City taxi cab. Makes you wonder doesn't it?

Look at what has happened to some of the Vision Fund's pet investment projects. Uber floated in May. Since then its stock price is down by 40 per cent. Slack floated in June. Its stock is down by 30 per cent on the price it was on its first day of public trading. And then, of course, there's the Sprint saga. Life may well be too short to list the ins and outs of the $21.6 billion (plus billions more in debts) gamble that that SoftBank made in 2013 to gain control of the fading US telco, and today is more than half over already, so enough of that for now but...

… Ever since the first dot-com balloon exploded and left rotten egg splattered across the face of the world's stock markets, it has been apparent that businesses that grow too quickly, have no viable business plan, are saddled with "charismatic" leaders who are left unmanaged and unpoliced and don't care about making endless losses are dangerous and doomed.

It is now inevitable that SoftBank (and the Vision Fund) will have to take some serious write-downs in the values of various investments and that, surely, will have a knock-on effect as far as Son's plans for a second $100 billion Vision Plan is concerned. Having seen their original investment money spent in haste and now repenting at leisure, prospective investors in the next Fund will be harder to find and more difficult to convince. Once bitten, twice shy and all that.

The old, tried and tested laws of economics still hold sway and bodies such as the Vision Fund giving start-ups blank cheques and carte blanche to hype corporate visions and valuations to stratospheric heights in the hope of making a profit at some unspecified time in the future eventually does little more than scare off other investors who become unwilling to pay grossly inflated prices for what are, all too often, no more than prettily painted piglets in pokes that all too quickly become greedy, bloated porkers that can't bring home the bacon.

Commenting on the WeWork farrago, Len Sherman, Adjunct Professor at Columbia Business School,  said , “I’m hoping this is the tipping point that brings more sanity into the capital markets." I wouldn't bet on it. After all, Mr. Son's plan still has 291 years to run.