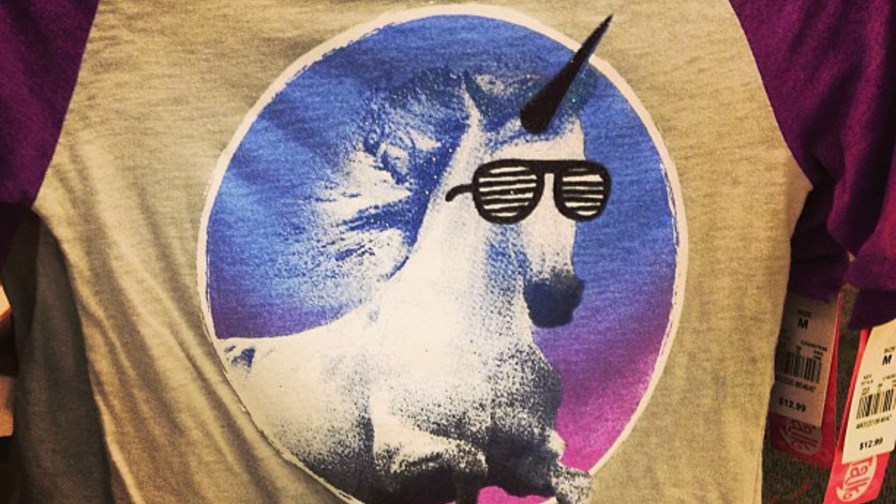 Company founder, 62 year-old Masayoshi Son, revealed that because some imaginary unicorns had fallen into an equally imaginary ravine he had to report a US$8.9 billion net loss for the financial year that ended on March 31, 2020. The losses are the biggest ever reported for any listed Japanese company.

Reckoning the corona virus to be behind of the emergences of the gigantic divot that is so lethal to mythical spiral-horned horses, he announced that at least 15 of Softbank's 91 companies could fall into bankruptcy as a result of not looking where they were going and could fail within the next few weeks and months. What's more, he was unable to provide guidance as to which of Softbank's surviving 76 or so companies would somehow make it across to the sunlit uplands on the other side of the cavernous unicorn trap where the gates of Eden stand open.

That's not all, the value of Softbank's Vision Fund, which holds some $100 billion in cash and is the biggest technology-focused venture capital fund on the planet, fell by $17.7 billion over the same period. The global pandemic certainly has its part to play in Softbank's tale of woe but it is not the only factor in its fall from grace. March is just one month of 12 in any year, fiscal or otherwise, and together with January, February is but a quarter.

The corona virus hasn't been plaguing the planet for much more than four or five months (depending on who you believe in whichever country is spinning the story) but in accepting Son's "valley of the virus" narrative as gospel some might be lulled into the belief that nothing of note had happened over the other nine months of financial year 2019/2020, but something had.

A simple twist of fate

That something was WeWork. Softbank initially invested $2 billion in the office-space-sharing company, which, in January 2019, when the air was so full of flying unicorns that people ran the risk of getting a hoof in the teeth every time they ventured outside, was so hyped, pumped and over-exposed that it's value rose to $47 billion sustained partly by Softbank's largesse, but mainly by hot air alone. After all, unicorns do need thermals to soar to stratospheric height before dumping on the earthbound investors who are gawping up at them.

By September last year, WeWork, after an IPO planned for that same month was abandoned, found itself in free-fall and worth just $7.9 billion when Softbank came to the rescue, threw the company a lifeline and $3 billion more of good money after bad. Even in November last, as the mercury burst through the bottom of the glass of WeWork's corporate thermometer and splashed messily across his shoes, Masayoshi Son publicly reiterated his support for the company and insisted that it would recover. It didn't. Nothing was delivered.

Today WeWork is valued at $2.8 billion while Softbank's total investment in the company over the years is not far short of $20 billion. Given the far-reaching changes in working practices that the pandemic has wrought, many of which may well be permanent, WeWork may soon be knocking on heaven's door

Softbank's troubles were revealed a matter of a few hours after Jack Ma, the co-founder of Alibaba Group, the massive Chinese e-commerce company, suddenly resigned from the Softbank board. He has been a director for 13 years and no reason was given for his abrupt departure other than some wooly burblings from his office to the effect that Mr. Ma has decided to spend more time with his philanthropy. No mention was made of Softbank's decision to raise close to $12 billion by using it's Alibaba stock to pay for buybacks of its Softbank shares. Analysts say $20 billion will be required to push Softbank's stock up a notch or two.

When the deal goes down

The reality is that Mr. Son is selling part of the family jewels (the Alibaba shareholding is the biggest and best asset in Softbank's portfolio) because he is under extreme pressure being exerted by Elliot Management, a US activist hedge fund, that is demanding changes to the Softbank board and much greater transparency of the Vision Fund which has been hammered by loss after loss in recent months.

He has to do something given that the sovereign wealth funds in Abu Dhabi and Saudia Arabia that were once very willing to pump huge capital sums into start-up tech companies sheltered under the Vision Fund banner have turned off the taps. So now Mr Son now has little choice but to fall back on the novel notion of using Softbank's own money to fund a retread version of the Vision Fund. To help in that regard, the company will not pay a dividend for the next financial year. It's the first time the payment has been missed since 1994 and investors were duly angry.

Usually described in the media as "exuberant" of mien and "ebullient" of nature, Mr. Son cut a diminished and subdued figure as he made the earnings announcement, apologised for the huge losses, at last accepted that he had made a mistake with WeWork and admitted that should have pulled the plug on it long before he actually did. However, his contrition was tempered by his misplaced musing that Jesus Christ was also "misunderstood and criticised" and that the Beatles weren't particularly popular when they started out.

But Masayoshi Son is a seasoned survivor, he might be sitting on a barbed wire fence and cry a while at the changing of the guards but tomorrow is a long time and beyond the horizon he can probably already hear the chimes of freedom.