Exiting the Phillipines: General MacArthur, "I shall return". Groupon, "We won't" 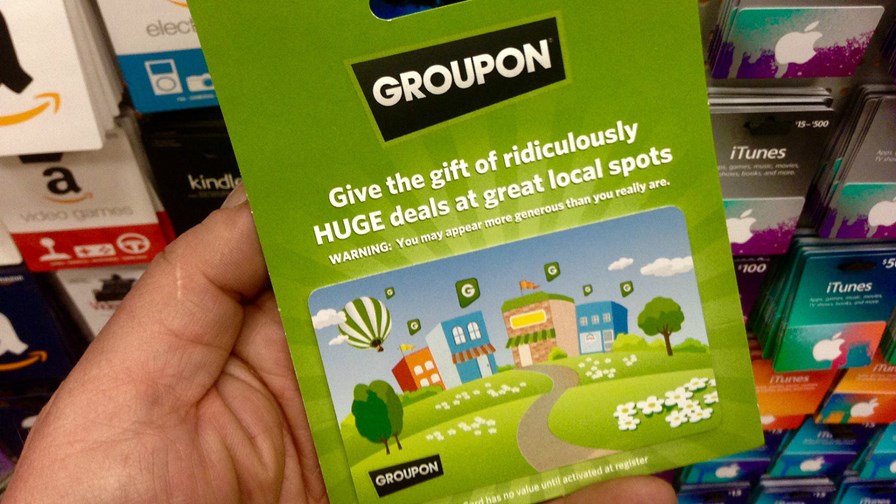 Remember all the hype there used to about the world-changing impact and global importance of the "daily deal" to online and mobile consumers, and how all-powerful, influential and and rich the providers of digital 'coupons' would be?

Five and a half years ago a marketing association cited 'projections' asserting the Chicago, US-based company Groupon to be the fastest growing company in world history and that it was on track to make US$1 billion in sales faster than any other business, ever. This was assiduously reported by, amongst others, Forbes magazine and the Wall Street Journal which certainly added a gloss of establishment credibility to the PR hype.

Ah, but, times, technologies and tastes change; fashions and fads come and go  and the attraction of the daily deal is definitely on the wane.

Groupon exemplifies the daily deals sector. In its pomp, at the time the company went public in 2011, the shares were oversubscribed by 30 per cent and the company was valued at $12.7 billion. However, in its first earnings release after it floated, Groupon reported a Q4, 2011 loss of $9.8 million and then, the following March, investors were even more dismayed when the company revised downwards and reissued its 2011 figures. Investors, already twitchy, started to exhibit symptoms of paranoia.

In recent years Groupon's fortunes have been erratic and have tended to wane rather than wax. And now the  company has announced that it to cut 1,100 jobs by the end of the year - that's 10 per cent of its workforce.

Groupon is discovering that global domination is a darned site easier to dream nad drum on about about than it is to achieve with any sort of permanence and the company is steadily contracting. Once upon a time Groupon was active in 45 counties but the it has already ceased operations in Greece and Turkey and has now decided to exit seven more countries - Morocco, Panama, the Philippines, Puerto Rico, Thailand, Taiwan and Uruguay. Groupon has also ceded control of its Indian business to the venture capital outfit, Sequoia and has sold off 46 per cent of its business in South Korea. Bear in mind than 43 per cent of Groupon's sales come from outside the US.

Commenting on the contraction, Groupon's COO, Rich Williams, said, "We saw that the investment required to bring our technology, tools and marketplace to every one of our 40 plus countries isn't commensurate with the return at this point." (In other words they are literally not worth the cost of Groupon being there).

Always remember, the value of your investment can go down as well as up

Mr. Williams added, "Our teams have done great work to streamline our operations in these and other areas, and our global capabilities and strong regional service centres allow us to do more with less while still providing the high level of service our customers expect and trust." This is ineffable marketspeak twaddle and if Groupon ever returns to the countries it has departed then I'm a Lancastrian. (And I am most certainly no such thing).

Naturally enough, Groupon has been trying to protect its home turf and so most of the job losses are in its overseas businesses, although some US staff will also be cut. According to a required regulatory filing with the US Securities and Exchangge Commission, the company confirms it has set aside a pre-tax charge of US$36 million to cover the costs of redundancies, restructuring and so on. Most of that impairment will hit in the current quarter and, the company concedes, will not save it any money down the line.

Groupon was launched in November 2008 and when it went to IPO it was lauded as the future and saviour of of e-commerce as it connected many millions of its subscribers with local business and merchants offering 'online coupon' discounts to consumers. Both the merchants and Groupon took a 50:50 percentage rake-off from the deals sold.

It was a novelty and Groupon's business quickly boomed but began to slacken-off after consumers suffered  "coupon fatigue"-  being bombarded with so many 'deals' emails every day that the exercise became counter-productive. And then there were the complaints about unfulfilled and even fake deals and competitors such as Amazon and eBay moved in on Groupon territory. At the end of last week, Groupon's share price had fallen 79 per cent since November 2011.