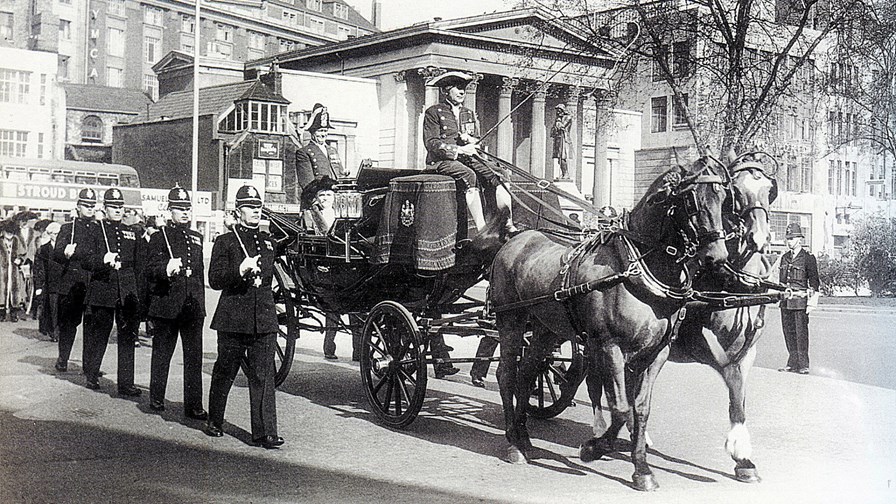 Peering down querulously at the ordinary European consumer from his vantage point in the First Class carriage of the Gravy Train, Günther Oettinger, the European Union's new Commissioner for the Digital Economy and Society is proving himself to be the champion of big business rather than the consumer. After only a couple of weeks in the job he is already trying to change the established policy of his predecessor, Neelie Kroes, who put the interests of European citizenry above that of the telcos, service providers and ISPs.

Even before he got the job Herr Oettinger went on the record to claim that telcos operating in the European Union (EU) need to make bigger profits and that subscribers should therefore be signed-up to even longer contracts and pay more for the services they use.

Now he is in a position of power over the sector he's at it again, this time expressing the opinion that, rather than fostering competition, the best way to ensure that the member states of the EU get the best and most pervasive broadband access and service is to bind them to ever tighter and ever longer contracts with their CSPs; contracts that would be hedged-around with ever more stringent and punitively expensive penalties for early termination.

It's a potential reversal of policy that could result in the reimposition of a leaden, deadening bureaucratic blanket of bullshit that will smother and asphyxiate what has eventually and at last become a vital, lively and competitive market even in those reactionary member states such as France and Germany that maintained monopoly and quasi-monopoly comms sectors long after they should have done.

Make no mistake, this is an old-fashioned, retrograde "big government' policy idea that will hinder and harm rather than promote and encourage further investment in expanded broadband infrastructure - fixed and mobile. It is just plain anti-competition and a harking back to the bad old days.

In an interview he gave on Thursday of last week to the Stuttgarter Zeitung newspaper, Günther Oettinger said, “we need to increase the profitability of such [new infrastructure] investments by prohibiting changing suppliers for a certain time.” In other words, competition gives way to consumer lock-in officially sanctioned and promoted by the European Commission.

The man in the high castle, remote from reality

Oettinger is a lawyer who worked only briefly in his profession before turning to politics in 1984. He was been a politician ever since, became the the European Commission's Vice-President of Energy in 2010 and was appointed to his present post a month or so ago. Thus he lives, and has long lived on the gravy train trundling around in the rarified atmosphere of the corridors of power of federal Germany, Brussels, Strasbourg and the European Commission - and it shows.

Neelie Kroes was on the side of the consumer when it came to being tied-in to lengthy comms services contracts and/or switching ISP. Indeed, her legacy is the legislative telecoms and Internet package which has already been voted on and passed by the European Parliament and awaits final approval by individual member states.

The new legislation gives subscribers the right in law to terminate their comms contracts on one month’s notice provided that have completed six months of them and are prepared to pay for any subsidised handsets or other equipment that came with their contract deal.

Furthermore, the new law allows consumers to quit their extant contracts with no financial penalty if an ISP or telco service provider unilaterally decides (as many of them have attempted to impose or have even succeeded in imposing in recent years) to change contractual conditions that are not “exclusively to the benefit of the end user.” Finally, the new legislation places an upper limit for subscriber contracts at two years - and the ISPs and telcos will also be legally bound to offer slightly more expensive one-year contracts to those consumers who want them.

These provisions will all go if 'new broom', Günther Oettinger gets his way. He wants to sweep away all of it, moving the agreed position of the goalposts, changing the playing field out of all recognition and making a mockery of the time, expense and other resources that were devoted to the legislative package just passed. And all for his own ideological reasons.

Removing the hard-fought-for new subscriber rights package will, at one stroke, delight the ISPs by removing any incentive might have had to invest in new technology and network upgrades. Locked-in subscribers won't be able to vote with their feet if their services deteriorate or unscrupulous service providers decide to change their contracts midway through them - or at least they won't be able to leave without paying through the nose for it. It's all too cosy and it stinks.

Stung by criticism of his proposal and accusations that he is in the pocket of big business, Oettinger now says, “I’m not talking about [granting ISPs] monopolies forever, just for several years, in which one has planning security as an investor.”

This is just plain wrong and the antithesis of the concept of the 'free market' on which the entire edifice of the EU is built. We'll see what individual member states and European regulators have to say about this backward-looking and potentially destructive proposal. Let's hope they strangle it at birth. Otherwise we can all look forward to minimum two-year contracts with no escape clauses as services and customer relations deteriorate further, prices rise and fat cats get fatter.

And you thought the US market was weird? Well, Europe can be just as bad. It just goes to show there's no monopoly on stupidity.