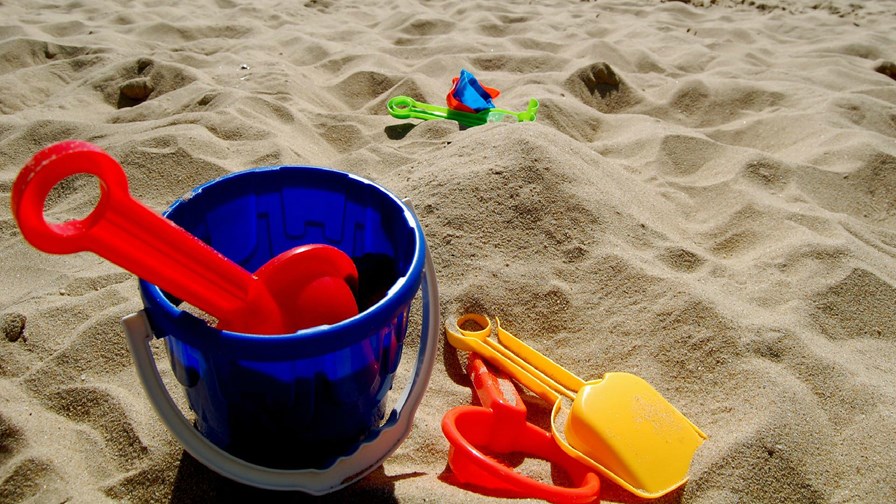 A report from Ericsson of Sweden focuses on how the arrival of 5G will enable service providers and network operators to increase revenues. It is based on the results of a survey that is already almost a year old which finds that subscribers would be prepared to pay more for 5G (and improvements in the performance of 4G) provided they get access to a compelling new range of services and - important this - new, different and better ways to pay for them.

Over the course of August 2019 Ericsson surveyed 264 service providers from across the globe and found that 260 of them offered no more or, at best, very little more than the rusty old "bucket model" whereby a subscriber's services and accompanying tariff/s are plopped into a pail and mixed into a relatively homogenous but often indigestible mishmash of flavours and consistencies. A mess of pottage, in fact.

Basically, the Ericsson survey is an examination and analysis of a mobile services packaging exercise that was conducted 11 months ago when the world was a very different place. Thus the results have to be viewed through the blood-red lens of Covid-19 - and with a hefty degree of scepticism in regard to the machinations of the 5G providers. Last summer, telcos were then, and increasingly are now in the new global environment, offering consumers various service-based packages based on specific groupings of apps and/or services of which streaming video is the prime component.

In essence the amount of permitted data traffic in services packages has increased overall (voice and text messaging are routinely included in any package of services anyway) and this has helped to reduce subscriber churn but in recent months providers have been devising and marketing consumer deals that include the use of specific services and devices in various combinations.

Hitherto the "bucket" of so many gigabytes a month conferred as a "data allowance" has been central to the tariff plans of almost all operators. The attraction of the bucket, as far as they are concerned, is the direct linking of revenue to increased data usage. Indeed, the Ericsson report shows that 260 of the 264 service providers surveyed relied completely on the bucket approach. Traditionally, the notion of unlimited data packages were regarded as a potentially dangerous novelty and where such offers were available (and they were few and far between), they were marketed to and specifically for "premium" subscribers" who, of course, would pay a lot more for the privilege

According to the Ericsson survey, 31 per cent of service providers were offering service packages of unlimited data traffic to "premium customer" segments. Just four of the telcos surveyed were providing unlimited data packages and to differentiate between packages and segment the market, they imposed speed tiers. Ultimately though they see this is an unsustainable model because it reduces opportunities to grow revenue per user as traffic increases. There is also the problem that premium prices mean other segments of the market will not subscribe to them. Service providers try to get round this by "bundling in" extras to tempt subscribers to upgrade to more expensive packages that usually include roaming data and/or services such as cloud storage and video/TV subscriptions.

So, where does 5G come in and what will it mean? It has to be remembered that, in essence, the Ericsson report is now an historical document predicated on the norms and expectations of the global industry as it was before the global pandemic. Since this winter the changes we have seen have been very rapid and all encompassing and, as yet we have little definitive empirical evidence to show what their effect will be - and how long-lasting. BC (before covid) the traditional mobile subscription was based almost everywhere on the bucket model. However, operators see 5G as a once in a lifetime opportunity to charge for "value" rather than of data volume. Thus service providers are devising and introducing new pricing models that they hope will capture and monetise the value allegedly provided to consumers much more effectively.

As the Ericsson report shows, in August last year 181 service providers indicated that they expected to have commercial 5G services available within a year or two while 21 had already launched services for smartphones and another five were offering 5G services for fixed wireless access (FWA). Meanwhile, an even earlier Ericsson customer survey revealed that subscribers would - under the right circumstances - be prepared to pay an average of some 20 per cent more for 5G than they were paying for their current mobile services. The introduction of 5G also provides an opportunity for service providers to package their services in novel ways. For example, some have been preparing for 5G by partnering with other ecosystem players in the gaming, entertainment and sports sectors and also in consumer hardware with the intent to launch services which take advantage of 5G’s low latency and high capacity capabilities.

Early on, a lot of service providers were creating 5G packages designed to capture increased value from consumers. Some of these did involve the bundling-in of specific new services but the majority took the easy and lazy route to upping revenue by making 5G more expensive just because it is 5G. It remains to be seen if, in reality as the global economy teeters on implosion, subscribers are prepared to pay extra when jobs and money are scarce. The average 5G price increase is 18 per cent more than 4G alternatives, that's a mark-up of between six and 50 per cent on the closest 4G option. Given that 4G is now robust, easily available and popular in many parts of the world many consumers will balk at paying such premiums for the unknown quantity (and quality) that untried 5G will be.

That's why so many operator 5G consumer plays are service-based. These data intense services include music videos, other video downloads, social media and gaming and are designed to lure consumers to pay a big premium.

While there has been an increase in the number of service providers offering unlimited streaming, many service providers are offering packages that differentiate and segment either data or time. The most common practice is limiting gigabytes over a given period but some providers are the amount of time users can spend on data traffic. These usually permit a limited number of hours of continuous streaming that is available from when a package is bought. Really, that is just another take on the old model but this time the bucket is filled with a number of hours that subscribers have to self-ration or pay more for an increased allowance.

As far as the consumer is concerned much of the 5G marketing hype is couched in terms of more choice; that it comes at greater cost is never a headline. The reality is that with 5G the subscriber is likely to be faced with a more complicated menu of options that will cost them more than they pay currently as service providers segment and differentiate to conquer the consumer and charge more.

As my old Somerset grandmother used to say when I was a lad, "a cat in mittens catches few mice". I didn't really understand then what on earth she was talking about. I still don't. However, perhaps a few service providers might like to think about it as subscribers click away on their needles.