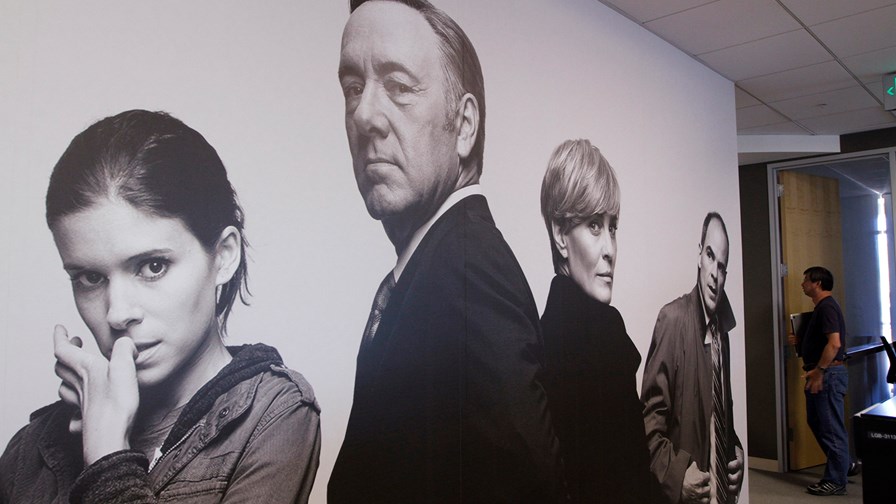 Netflix is no House of Cards © Netflix

In its official 256-page Petition to Deny sent to the FCC this week, concerning the proposed merger of Comcast and Time Warner Cable, Netflix argues strongly that the regulator should reject the request to create what it calls “the nation’s largest onramp to the Internet”. Whilst some of the publically-disclosed document has been redacted for commercial reasons, there’s still plenty of juicy material.

For example, it reveals that despite the furore over paying broadband operators for interconnect access to avoid traffic speed deterioration, Netflix has financial deals with only one per cent of its peering ISPs. However, its traffic volumes that count, not the number of ISPs, and Netflix worries that a merger between Comcast and Time Warner Cable would have lasting negative implications for the OTT market.

“The proposed merger would give applicants the ability to turn a consumer’s Internet experience into something that more closely resembles cable television,” the document stated. “It would set up an ecosystem that calls into question what we to date have taken for granted: that a consumer who pays for connectivity to the Internet will be able to get the content she requests.”

Netflix, quite rightly, believes that Comcast and Time Warner view it and other online video distributors (OVDs) as competitors, and would only too quickly impose access fees and apply other measures to harm its business. In fact, it’s already happened. Comcast allegedly degraded Netflix’s traffic until the OVD handed over a terminating access fee.

Netflix said that four ISPs have the power to engage in degradation strategies that would harm OVDs – Comcast and Time Warner are two of them, but it declined to name the others (although they are obviously Verizon and AT&T). If they do this, then OVDs risk losing subscribers, which would obviously “throw them into financial peril”. They could also prevent a new OVD from emerging.

Time Warner and Comcast, says Netflix, have failed to identify the impact of their merger on the national market for high-speed broadband distribution of edge provider content. Quoting the Consumer Federation of America, it says the merged company would control broadband access to nearly half of the country’s true high-speed, high-capacity broadband households. In fact, it would pass two-thirds of US households in total, or about 81m homes. That’s not a prospect that excites Netflix.

In the FCC’s own words, in describing its Open Internet order, “broadband providers have the ability to act as gatekeepers”, because a subscriber’s ISP is typically an edge provider’s only option for reaching a particular end user. As such, said the FCC, a broadband provider “is capable of blocking, degrading or favouring any Internet traffic that flows to or from a particular subscriber.”

What frightens the likes of Netflix is that the large ISPs can proactively threaten Netflix (or third-party CDNs on whom Netflix still relies, such as Level 3) by degrading traffic at interconnect points whilst developing their own OVD-like services. For example, Comcast’s Streampix is a $4.99 per month streaming service with content from major US studios, or free if you are a subscriber to the ISP’s higher tier subscription packages. It won’t be too long before the entire non-live cable programming of Comcast could become just another streaming video service. Then where does that leave the OTT OVDs?

Netflix says that globally, it delivers traffic without payment of access fees to 99 per cent of the ISPs it deals with. The remaining one per cent of ISPs to whom it does pay fees account for more than one per cent of traffic though. In the US, where Netflix identifies an individual market that serves at least 100,000 subscribers, it will install its Open Connect CDN equipment at no charge to the ISP. However, neither Time Warner, Comcast, Verizon or AT&T have agreed to partner on this initiative.

By imposing access fees (or implementing a “congest transit pipes” peering strategy, as it has become known), Netflix says it causes significant strain on OVDs financial models, which are built around acquiring sufficient subscribers to cover content acquisition costs – variable and unplanned access fees could result in unprofitability. For example, it says its own content costs equated to 68 per cent of its total operating expenses. And rival Amazon is thought to have spent $750m in 2012 for its Amazon Prime content, and is expected to double this by 2018. If your content acquisition budget falls as a result of unexpected access fees, the theory goes, then you will buy less new content and so lose subscribers, resulting in lower subs revenue and hence lower content costs, etc, etc, as you spiral away into bankruptcy.

“The proposed merger of Comcast and TWC presents serious public interest harms stemming from the combined entity’s increased ability and incentive to harm providers of Internet content,” the filing concludes. It now joins the thousands of other submissions sent to the FCC, as we await the regulator’s decision.