BT to sell-off a huge chunk of Openreach 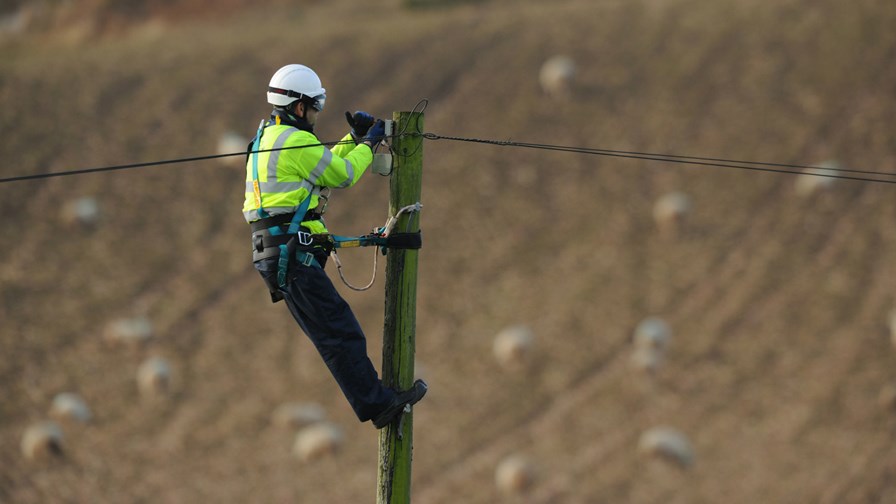 BT is selling off a large part of Openreach, the semi-detached subsidiary that runs the UK's national network. It will be interesting to see how such a sale can be managed since Openreach, like an inflamed molar, was slowly and painfully prised from the maw of the incumbent national telco back in 2017 after Ofcom finally lost its patience and demanded the extraction, with or without anaesthetics.

It is now a highly-regulated "legally-separate" business in its own right with its own board of directors. However, BT somehow still fully owns Openreach, continues to have strong links to the company and remains its financial backstop of last resort even though the offshoot is valued at £20 billion, double the market value of its erstwhile parent company.

The current CEO of the BT Group, Philip Jansen, has staked his reputation on the ambitious plan to spend £12 billion on the deployment of a nationwide full-fibre network that will bring genuinely superfast 1Gbps Fibre-to-the-Premises (FTTP) broadband to 20 million UK homes and offices by somewhere between the mid- to late-2020s. It is a hugely expensive undertaking that BT simply cannot afford to pay for from existing resources.

Cash is needed. BT is currently valued at £10 billion. It has a £50 billion liability to its pension fund, is £18 billion in net debt and the operator has committed £1.3 billion to pay for yet another round of its apparently endless cycle of reorganisations.

Mao-Tse-Tung promulgated his theory of "Permanent Revolution"in 1958 . In it he envisioned national equilibrium being driven out by disequilibrium only to be replaced by equilibrium and then disequilibrium again in an endless cycle until the people go barking mad. Had he been around to see BT's repeated spasms of restructuring over the past 35 years, he might have given up on political theory and opened a tea house.

BT has said that some of the money will come as a direct result of the board's "difficult decision to suspend the dividend until 2022". However, having angered shareholders it is calculated that the non-payment of the divi will rake in a mere £2.5 billion at best - drop in the ocean of BT's needs.

Having made the unequivocal commitment to its FTTP project BT is nicely placed to be awarded the lion's share of the UK government's £5 billion fund that has been set aside to help those network operators who, while promising to work to bring "gigabit-capable broadband" to all UK premises by 2025, are prepared to focus on the final 20 per cent of homes and offices that are the most difficult to reach, be that in terms of geographic location or physical constraint (as in old urban tower blocks, tenements etc.). Again though, whatever BT may be awarded, it will be chickenfeed in comparison to the enormous amount of cash it requires.

So, it looks like external investors will be needed if BT is to fulfill its broadband pledges. Bringing in paying outsiders is something BT does not want to do but now it's a case of "needs must when the devil drives". The telco's value has collapsed by an astonishing 80 per cent since 2015 and, just yesterday, BT's capitalisation fell below 100 pence a share, the dismal level it was at back in 2009.

The sudden dip to an 11-year historical low prompted BT CEO Philip Janssen to open his wallet and stump-up £2 million to buy 1.8 million BT shares as "a confidence-boosting exercise". At the same time, BT non-executive director Ian Conn bought 50,000 shares for £53,950, Magdalena Du Plessis, "a person closely associated with chairman Jan Du Plessis", bought 500,000 shares for £528,500 and Karen Key, "a person closely associated with non-executive director Matthew Key," bought 45,753 shares for £50,200. "The respective prices represented premiums of 7 per cent, 6 per cent, 4 per cent and 8 per cent to Wednesday’s closing price." The exercise was a limited success, BT's share price rose by one penny.

On news of the possibility of a sale of part of Openreach, BT shares rose by a healthier nine per cent this morning but despite that leap they continue to languish in the doldrums they have been in for years. Taking these factors together with the contentious decision not to pay this year's annual dividend (the first time such a payment has been cancelled since 1984 when BT was privatised) it's evident why shareholders are restive.

So, who's in the fame to buy some of BT's best bits of bling? Various names are being bandied about the most prominent of which is Macquarie, the Australian bank that has been that has been prowling around the UK telecoms market for years now and last year spent £627 million to buy KCOM of the City of Kingston-on-Hull in East Yorkshire, the land of my fathers, Viking village names, the famous white telephone boxes and free local calls. Others will be circling in the shadows.

That said, there can be no certainty that a sale will actually happen. Telecoms in the UK is now an overtly political issue as well as a technological one after Prime Minister, Boris Johnson, made a binding election promise to connect every home in the country to gigabit speed broadband by 2025.

At the moment Openreach's fibre network reaches just 2.6 million homes so there's a long way to go and, notwithstanding the government's focus on ending, or at least ameliorating, the  effects of the coronavirus pandemic, the Tory government will be keeping a close eye on events, especially as any deal will face intense scrutiny from regulators including Ofcom and the Competition and Markets Authority.

To make matters even more complicated the looming end of the transition period of the country's departure from the European Union (the UK is now almost halfway through this period of grace and nothing of substance is happening as far as the final settlement is concerned) could add a third dimension to this game of chess We are living in interesting times, sure enough, and in more ways than one.