Are US universities making Silicon Valley mediocre and conformist? 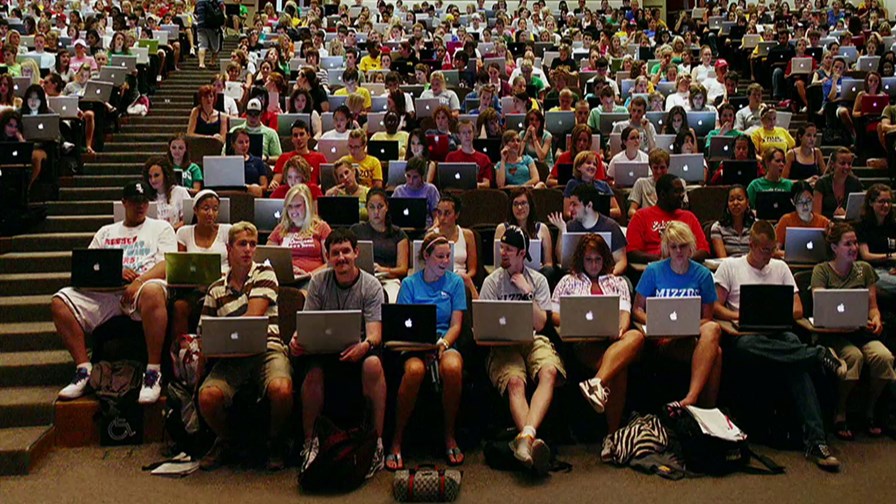 Last week, Peter Thiel, the co-founder of PatPal turned venture capitalist, cheer leader for President Donald Trump and the US Republican Party and full-time contrarian, had a pop at bursting the bubble surrounding the so-called "liberal elite" of Silicon Valley on the "Rubin Report" podcast, a political news talk show broadcast on the Internet and YouTube.

He reckons that the trendy tech nerds who inhabit the southern part of the San Francisco Bay Area are nowhere near as 'liberal' as they like to think they are or anywhere near as left-leaning in their political views as the mainstream US media portray them to be. Why? Because they have grown up to be a bunch of dull, homogenous, workaholic conformists who "all think the same way".

He's got a point, most rebellious, iconoclastic creative youth transmutes into sclerotic, middle aged, middle-of-the-road orthodoxy, so why should the ageing wunderkind of Silicon Valley be any different?

Peter Thiel told Dave Rubin, "Part of it is that it [Silicon Valley] is probably the most educated part of the country in terms of how much time people spent in college. I think one of the downsides of too much education is that you get the most brainwashed." That's why, Thiel says, wearing a liberal heart on one's sleeve in Cupertino, Mountain View, Santa Clara or Sunnyvale is more of a "fashion statement" than a "deep ideological conviction."

According to Mr. Thiel, the founding father innovators of Silicon Valley did exhibit pronounced "liberal"qualities but these have not been passed down to today's "rank and file people" who are little more than cogs in the now vast Silicon Valley machine and have to  the organisational dysfunctionality that always bedevils businesses when they reach a certain size and critical mass.

Peter Theil has it that "If you are a really good engineer or really good at some specific thing, your education typically does not involve you thinking that much about politics, so [political correctness and liberality of attitude] is not necessarily from deep ideological conviction, it's often more of a fashion statement than a question of power. Even if you took a survey of Silicon Valley it comes out as… weirdly uniform, weird sort of groupthink, it's super hard to know whether people really believe this, whether they're just going along. I think it's pretty liberal, but not as liberal as it looks, which is in a way worse. It means people are too scared to articulate things."

Mr Thiel has form when it comes to higher education,which he affects to despise. Back in 2011 he opined, “A true bubble is when something is overvalued and intensely believed. Education may be the only thing people still believe in in the United States. To question education is really dangerous. It is the absolute taboo. It’s like telling the world there’s no Santa Claus.”

Where's Wackford Squeers when you need him?