US broadband: Overpriced, Underpowered and (for once) Over There 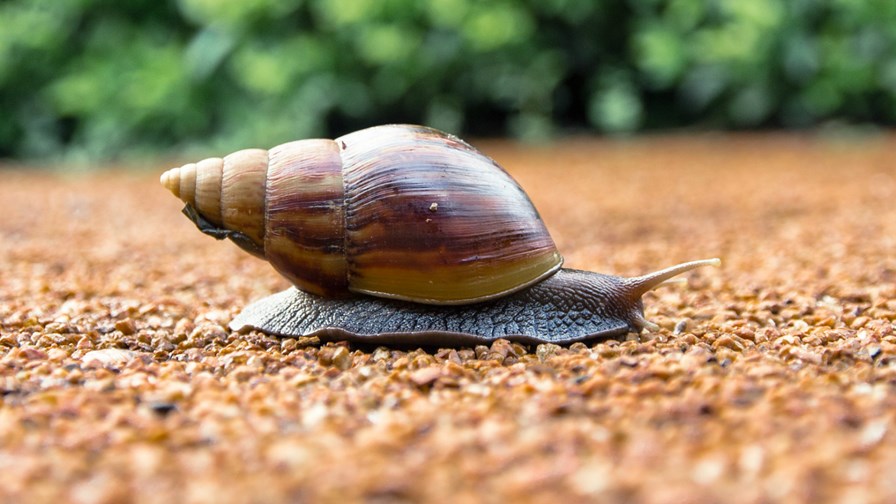 As an Englishman and therefore, a European (by dint of geographic proximity if nothing more)  who is a very frequent visitor to the United States, I have, over many years now, been able to make my own informal comparative study of the state of the Internet on both sides of the Atlantic. My conclusion is this: in almost all circumstances the US Internet is slow, cumbersome and damnably expensive and in the Global Broadband Stakes, it comes in way down at the end of the field, a knackered, blowhard also-ran.

Leaving aside for the moment my pet hobby horse - the extortionate rip-off prices charged for feeble and sluggish Internet access in many of the biggest US hotel chains - and letting it chomp away on the astroturf outside the Marriot Gaylord Opryland in Nashville where it can continue grazing whilst simultaneously irrigating and nourishing the roses, a new report confirms the popular belief and prejudice that Internet speeds and access prices in the US can't hold a candle to what pertains over in Europe and Asia.

"The Cost of Connectivity" report, newly published by the Open Technology Institute of the New America Foundation, compares Internet access in US cities with cities in Europe and Asia. It makes depressing reading for America. The US lags much of the rest of the world not as a result of inferior technology but because there just isn't sufficient competition in the marketplace to force the fat and lazy monopolies and duopolies that dominate the SME and residential broadband internet access sector from their monied torpor. It is a state of affairs that, if not addressed, will have serious long-term economic consequences for US competitiveness.

As Tim Wu, an erstwhile advisor to the US Federal Trade Commission and now a Professor at Columbia Law School, says, “It’s  very simple economics The average market [in the US] has one or two serious Internet providers, and they set their prices at monopoly or duopoly pricing.” That's the basic reason why the US so obviously lags behind so many other countries when it  come to Internet speed and affordability. In America it can take 20 time longer to download a film than it does in Hong Kong, London, Paris, Seoul, Tokyo or Zurich and it costs 10 times as much.

Hobson's Choice is no choice at all

According to statistics from the US regulator, the Federal Communications Commission (FCC), three-quarters of US homes have no more than Hobson's choice (i.e. a complete absence of choice) when it comes to signing up for a maximum, but no more than mediocre, 25 megabits per second broadband Internet access connection.

What actual 'choice' there is is usually AT&T, Comcast, Time Warner or Verizon. These are the huge companies that either provide monopoly service or rub happily along together as smug and cosy duopolies whose prices and services, whilst all but identical, are not in the least competitive.

And that's in the cities. Out in the rural heartland of the US it is even worse. There it's a matter of 'like it or lump it' - and lumping it for subscribers means swallowing an inflated bill of US$300 or more every month or remaining electronically dispossessed.

As the FCC Chairman Tom Wheeler said in September, "Just let that sink in. Seventy-five per cent of American homes have no competitive choice for the essential infrastructure for 21st-century economics and democracy.”

So, what's to be done?  Economic theory has it that that in a genuinely, open, free and laissez-faire environment companies will always compete and will benefit the customer or consumer by fighting to provide the best at the lowest possible cost. That's the theory, now look at the current position of broadband access in the US: in many places the mantra of 'competition, competition' is parroted endlessly in marketing, advertising and CEO platitudes but the words and the concept are rendered meaningless because there is only one supplier (or at best two, who are in bed with one another.)

The evident solution would seem to be regulation but that's a very dirty word to the big service providers and thay have immense and lobbying powers that are remorselessly used to ensure the status quo stays just they way it is - and just the way they  like it.

Across in Europe governments endeavour to foster competition via mechanisms such as local loop unbundling and equipment co-location, compelling the infrastructure owners (many of whom were, literally, gifted what had been a publicly owned and paid for networks during the privatisations of the 1980s and 1990s) to share their pipes and other infrastructure with rivals. But that, according to the ISPs anyway, is not the American Way.

In the US, back in 2002, the FCC in its wisdom reclassified "high-speed Internet access" as an unregulated information service rather than a regulated telecoms service. It did so in the hope that Internet Service Providers (ISPs) would properly compete with one another to provide the best networks and services. It was a foolish and forlorn hope. What actually happened was that the market was carved-up and ISPs simply stayed out of one another's territories and spheres of influence. And that's why the US consumer is now and always has been paying through the nose for broadband access.

The counter-arguments: It's all the fault of subscribers. They expect too much and anyway the US is really big

But, even as Nick Russo, the co-author of the "Cost of Connectivity" report is saying, “More competition, better technologies and increased quality of service on wireline networks help to drive down prices", a countervailing argument is voiced by Richard Bennet, an academic and visiting fellow at the American Enterprise institute, a private and deeply conservative think-tank. Mr. Bennet says that the slow and stuttering access times endured by so many US subscribers is nothing to do with the state and management of broadband networks but is down to the number of customers and their high levels of usage. Yup, it is all the fault of the subscribers expecting to be able to access the Internet in accordance with the flowery verbiage of the ISP's marketing and advertising departments.

Another argument runs like this: It's all down to geographics versus demographics. The US is a big nation and the average concentration of population (discounting the likes of New York, Los Angeles and all the other big cities) is far below that of the UK, or Tokyo, or Seoul. High bandwidth infrastructure, it is claimed, is far easier and cheaper to provide in these and other crowded hellholes than it is on the prairies, the deserts and in the mountains

Susan Crawford, the author of “Captive Audience: Telecom Monopolies in the New Gilded Age.” (a volume well worth more than just a passing glance) and a visiting professor at Harvard Law School says that big and powerful ISPs "have little reason to to upgrade their networks" because `'there has been little pressure from competitors or regulators" to force them to do so.

So, the market continues upon its merry way, well, merry for the ISPs anyway. Meanwhile it should be remembered that in addition to the $300 a month bills that have to pay for indifferent Internet access and services, many US subscribers in many cities are compelled by their ISPs to pay an additional $100 per annum for the "modem rental" that comes as an integral part of the contract. The same devices can be bought in retail stores for $30 or less.

Where's the digital Paul Revere when he's needed? "The ISPs are coming!" One if by fibre, Two if by copper.