Holy Broadband! UK government discovers that, telecoms-wise, the country is in the 21st century 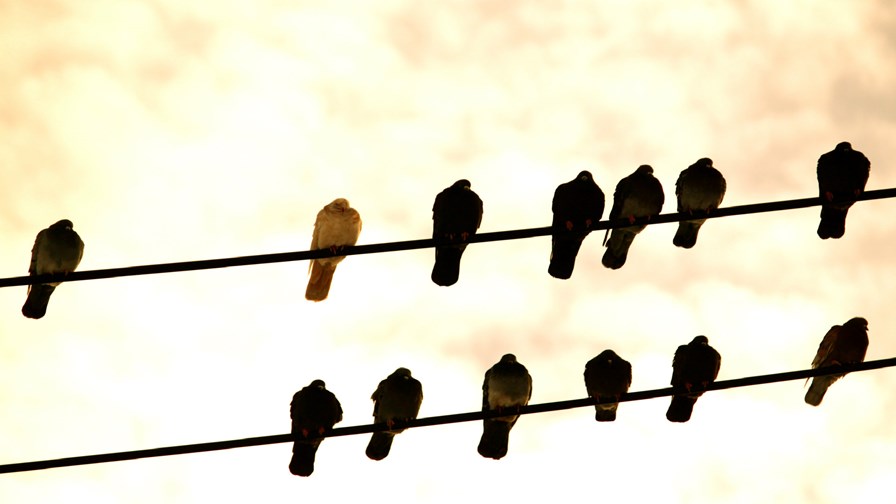 Back when the century was young and Matt Bross was the CTO of BT, he spent a couple of years trotting around the world explaining to all and sundry the technological miracle that would be BT's 21st Century Network (21CN).

To illustrate the paradise that awaited he carried with him a multi-coloured plastic gizmo  that, with a "Hey, Presto!" and a flick of the wrist, suddenly expanded into a damn great ball that was meant to represent the 21CN, or the quantum universe, or where Schrodingers's Cat may or may not be; or perhaps even the size of Ben Verwaayen's brain compared to the rest of his little Dutch body - or some such thing.

It went with Mr. Bross wherever he went. It played havoc with the lines of his suits and drove his tailor to drink but it remained his constant companion until he left BT for points east and the welcoming, well-paying but rather regimented arms of Huawei. At that time, with great sadness and a tear glistening in the corner of his eye, Matt had to hand his faithful prop back to whichever odd little office somewhere in the bowels of BT deals with that kind of thing. You know, the one where they keep odd bits of old Chairmen in formaldehyde.

It has since been placed beyond our ken but it is a genuine heritage item; a piece of telecoms history; and it is high time it was put on public display in the British Museum for the common herd to gawp and marvel at and speculate on what might have been had Matt stayed in his BT role and continued to prestidigitate for a while longer.

"Pass me the bottle of Tono Bungay, I feel a White Paper coming on"

In those dear, dim, dead, distant days Matt Bross would wax lyrical about the 'Great Day in the Morning" when BT would turn off the old copper PSTN for once and for all after the incumbent British telco had at last scaled the final heights and was able to gambol playfully across the sunlit uplands of technological nirvana distributing largesse and bandwidth to all and sundry - starting with business customers first.

And now, no more than a few short years after it might have been expected, the UK government - no less - is intimating that the copper telephone network could, at some unspecified time in the none-too-distant future and possibly within the next twenty years, or so actually be switched off for good and all. Or maybe not.

The document, was written (seemingly after after a particularly efficacious belt of that inestimable Edwardian nerve tonic 'Tono Bungay'), by an apparatchik signing himself off as one Herbert George Wells. It sets out an official vision of the UK's future digital infrastructure needs. And if Scotland goes it's own way after next month's vote it can sort out it's future digital infrastructure needs for itself along with its burgeoning haggis mountain.

The paper was commissioned jointly by the minister responsible for digital infrastructure, Ed Vaizey, and the commercial secretary to the Treasury, Lord Deighton, science fiction fans, both. It is to be used as a papery platform upon which lay the foundations of British telecoms policy from 2020 and on towards 2030.

Thus, interested parties, such as telcos and ISPs, are being asked to respond by October 1 this year, exactly six months before April Fool's day. That gives the Department  a full half a year to produce a follow-up fantasy.

In point of fact BT has already switched-off various parts of its copper 20CN, which in some particularly creaky parts is 140 years old. It did so some time ago and continues to do so today, but the Department of Culture, Media and Sport don't want that to stand in the way of a headline-grabbing story.

That's why it is asking for submissions on a plethora of suggestions which run the gamut from switching off the copper PSTN all the way through to extending the Universal Service Obligation to cover broadband.

When it was privatised, the government of the day gifted BT a network that had been built over many decades and which had been paid for with with tax-payer money. Currently the telco owns some 75 million miles of copper wire infrastructure worth some £5 billion so there's probably a Big Dig in the offing. Indeed in some parts of the country various entrepreneurial types who don't mind working unsocial hours or the occasional lethal electric shock have already started recovering the copper.

The document from the Department of Culture, Media and Sport adds, portentously, "The government would need to be sure that any switch-off of copper networks would not leave any consumers without the availability of communications services." Such foresight.

In response a BT spokesperson said, "We are looking at the details of the consultation and will respond by the October deadline. The copper access network continues to evolve so it remains to be seen whether a transition from copper to alternative technologies is necessary. Given the government's commitment to technological neutrality, we would be surprised if any proposals defined technology choice."

Meanwhile, the government is beginning to wonder if broadband availability and access should become a legal right in Britain, as water and electricity already are. Currently every house and business in the UK has a right to an overpriced telephone line and dial-up Internet access. Whoopee!

Broadband however is a different matter. Every now and then the government pays lip service to its much-vaulted Universal Service Commitment (the closer it gets to an election the more often it is regurgitated like a bit of undigested gristle)which states that Britons never, never never shall be dial-up slaves and everyone of us should have access to a 2Mbps 'broadband' speed (Double Whoopee!!).

However, this 'commitment' isn't worth the breath used to say the word.  It is merely an 'aspiration' that has has absolutely no force in law. That's one of the reasons why the UK is now well and truly behind the likes of Japan, Korea, the Netherlands, Sweden and the US in the broadband stakes.

In a sentence that might be an example of subtle bureaucratic irony but probably isn't the government paper says "Remaining competitive internationally is a key issue for the UK and a world-class digital infrastructure is an important component of that competitiveness".

Sorry about that. I had to stop just then. I thought the cat was coughing up a fur ball, but it was just laughing.