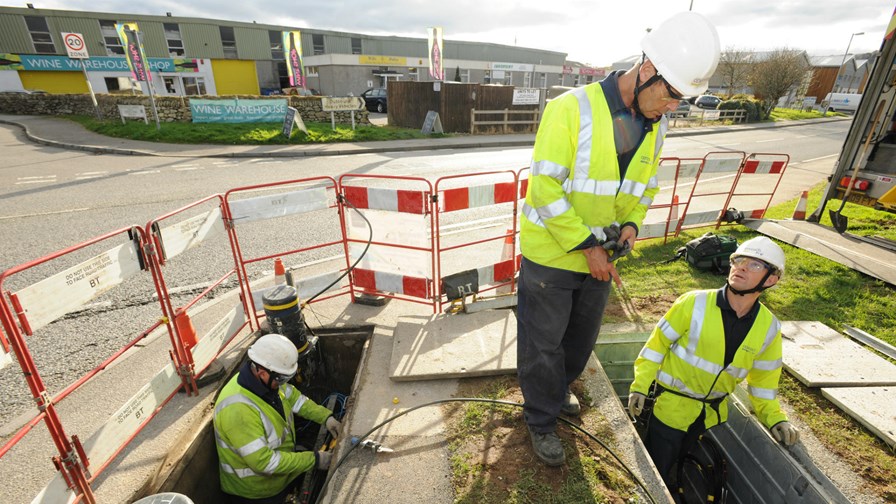 Earlier this week BT's CEO, Gavin Patterson, announced the telco’s latest plan to provide the UK with a remarkably rosy digital future. He didn't undersell his vision either, promising to “cement the nation’s future prosperity as the G20’s leading digital economy”. Not much to live up to there then - and absolutely no chance whatsoever of making himself a hostage to fortune a year or two down the line.

The trouble with the 'grand vision" thing is that, all too often, the rose-tinted spectacles turn out to be the wrong prescription - and the lenses are cracked anyway. One lauded BT old-timer, Professor Peter Cochrane, a former CTO of the incumbent UK operator (and long a friend of TelecomTV) has considered BT's plans and found them to be wanting. And so he has delivered a broadside against the telcos much-vaunted broadband ambitions, labelling the “vision for Britain’s digital future” as "woefully inadequate."

Mr. Patterson took the opportunity provided by a keynote speech slot at a recent conference in London to outline some much-needed improvements to BT's infrastructure, promising an end to the abysmal Internet access speeds that are the daily burden and lot of millions of Brits who live outside the UK's cities and big conurbations and who pay over the odds for comms services that are, frankly, a disgrace in a modern, wealthy, developed, technologically rich, liberal democratic nation. Successive BT CEO's have promised change, a better tomorrow and new technology but far too many subscribers remain poor country cousins subsisting on scraps from the metropolitan table.

Gavin Patterson, rather than the questioning and then determining to exceed the UK government’s out-dated and feeble plan to provide a "universal minimum broadband speed" of 5Mbps running all the a way through to a magnificent 10Mbps for the really lucky peasants, simply kow-tows and accepts it as an excellent target to aim for. Patterson claimed that such speeds are “enough for everyone in the UK to enjoy popular net services, such as high definition video". I wonder what kind of an Internet access speed Mr. P. gets in his office and at home? I think we should be told.

Peter Cochrane's reaction to this paucity of ambition doesn't pull its punches. Talking to The Register, the Prof opined that if a telco compares itself “to the lame ducks of the EU instead of the world leaders, this is what you get".

He added, "If only these people actually used the technology and understood it we might expect more, but they don’t even seem to recognise global growth trends and advances, let alone the lessons of history. The UK should be comparing itself with parts of Asia and Scandinavia." Ouch!

What's more, Professor Cochrane believes that while BT is very well aware that its customers desperately want and would be delighted to have access speeds well above the upper figure of 10Mbps, the fact is that BT is happy to stick with the 5Mbps to 10Mbps it is touting because that is the maximum it can reliably deliver over its copper infrastructure - a fact it likes to play down or ignore altogether in its dealings with its customers in general and rural subscribers in particular..

Given that Cisco now believes that “10 Gbps of bandwidth would not be excessive” for homes and SMEs and not wanting BT to be seen to be an also-ran a race which it cannot win, Gavin Patterson likes to dangle the carrot of BT’s ultrafast 300Mbps to 500 Mbps broadband services in front of subscribers but, given that just 10 million homes and SMEs will be able to get such services by 2020 while “the majority of premises” might get such access by 2025 (note the use of that weasel word "majority") by 2025, it's a shrivelled, etiolated and thoroughly unappetising vegetable already well past its sell-by date that no donkey, no matter how exploited or defeated, would be bothered to run after.

What's more, BT persists in confusing, nay, bamboozling, consumers over the very real differences between fibre to the kerb or street cabinet and fibre to the home. Thus Mr. Patterson promises that BT will “extend fibre broadband beyond the UK’s current plans for 95 per cent of premises”, but the telco put sales of its "Fibre On Demand" service (which actually did deliver fibre to the home) on ice last January. Now though, as BT begins to make much of its G.Fast technology (that actually would be able to deliver 10 Gbps service, but only to a few well-heeled punters), the embalmed corpse that is to be resurrected and then re-heated by BT's overwrought marketing department.

And finally, don't let's forget all the hoo-hah there was about BT's 21st Century Network. Although, a  bit like mad Uncle Ebeneezer, the one who doesn't get invited to the family Christmas dinner, it's probably best for all concerned not to mention it at all.