Deployment of broadband is "a noble undertaking" declares head of USTelecom 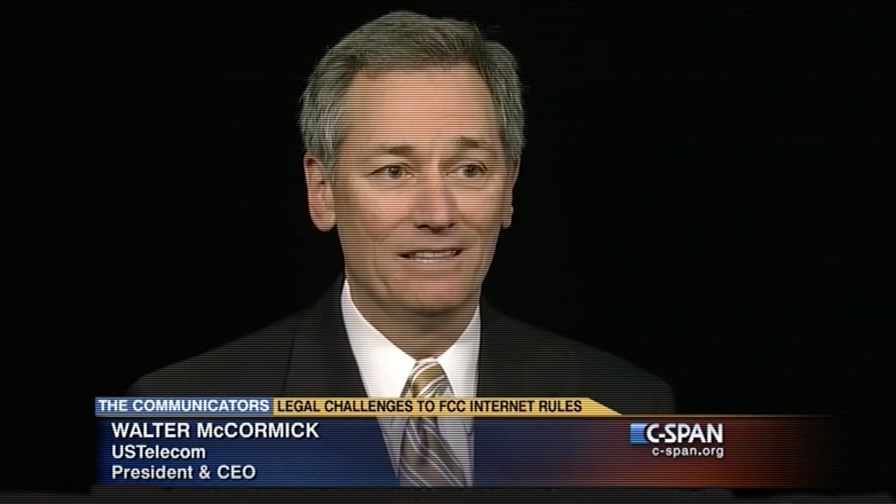 Walter McCormick, the president and CEO of USTelecom (the United States Telecom Association, a leading US telecoms industry trade body representing broadband service providers, manufacturers and suppliers) says "Deploying broadband is a noble undertaking" because it is the basic foundation for "innovations in health care, education, entertainment and e-commerce that are helping create jobs and bring economic prosperity."

Speaking at an meeting of the Indiana, Michigan and Ohio telecom associations in the US, Mr. McCormick harked back to the glory days of the 1880s when pioneering companies began to deploy the first telephone networks and services across the continental USA, saying that the Herculean labours of today's broadband pioneers are, if anything, even more noble and Herculean than the mighty endeavours of 130 and more years ago because "today, the industry's work is more essential than ever in helping expand the ability to communicate through the many different venues that broadband enables."

Mr. McCormick pointed out that US Internet traffic has quadrupled since 2010, "with US networks now carrying the equivalent of more than 50 billion DVD’s per year" (something of a quaint metric in 2015, it has to be said). He added that traffic will further increase by a factor of at least two and a half times more by 2019, "with IP networks carrying the equivalent of 125 billion DVD’s per year." (Surely comparing data traffic throughput with a technology that is in steep decline will be an even more venerable unit of measurement by then?)

However, Walter McCormick's main (and usual) pitch was to stress that for broadband in the US to reach its ultimate potential a benign policy environment will be required; an environment that "encourages and rewards the risk involved in laying out huge sums of money to deploy Internet infrastructure."

Well, he would say that, wouldn't he? After all, USTelecom stands in firm and determined opposition to the US regulator, the Federal Communications Commission (FCC), in a variety of areas including net neutrality and the regulatory classification of broadband Internet access as a public utility.

"We're special, so special. Gotta have some of your attention. Give it to me"

Thus Mr. McCormick lobbies hard for a "favourable policy environment for business" to keep the "cycle of broadband investment strong." This will require a series of reforms to be enacted including the root and branch modernisation of the FCC, regarded by USTelecom as a vital precursor to the creation of "a level playing field among competitors in the broadband industry applicable to today's marketplace, rather than maintaining rules designed for an earlier era."

The industry organisation is also demanding a "resolution" of the debate on net neutrality and what it calls "the open Internet" and is thus lobbying the US Congress to "enact principles" and challenge the FCC's "legally unsustainable reclassification of broadband Internet access service as a public utility."

A further objective is reform of the provisions of Universal Service, "a 20th Century program" that, allegedly, is of minimal relevance in the freebooting and buccaneering second decade of the 21st. According to USTelecom such reform will "make sure that Americans living in rural areas have access to broadband at speeds, and at prices commensurate with those living in urban areas."

And least, but by no means least, USTelecom is working for the creation and codification of "favourable tax policies to encourage investment." In other words it wants special treatment  and that, of course is the raison d'etre for pressure groups and industry bodies the world over.